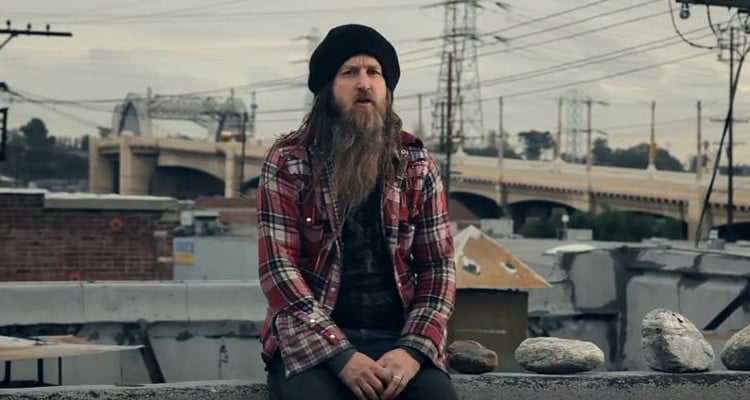 Magnus Walker has dressed A-list celebrities like Madonna and Bruce Willis. Sure Walker’s designer duds are impressive, but we need to pause for a moment to take in the rows of Porsches in his garage.

At first glance, Magnus Walker may not strike you as the guy whose designs are worn by the Queen of Pop, Madonna. But he really is a Porsche fanatic—a self-styled Urban Outlaw. Last night, on Jay Leno’s Garage, he demonstrated that he is the leading authority on Porsches simply because of his love for them. How did this Urban Outlaw become the world’s leading Porsche collector? Take a look at our Magnus Walker wiki to find out!

A Long Love Affair with Porsche

In 1977, when Walker was a 10-year-old boy, he had the opportunity to go to Earl’s Court Motor Show in London. There, his eyes fell upon something, and it was love at first sight. “I traveled there with my dad, and as we reached the Porsche stand, I laid eyes on a 911 painted in Martini red and blue stripes,” said Walker. “The engine plaque read turbo, the spoiler was as tall as my head. I knew right then the Porsche 911 was my dream car.”

That was the beginning of his long love affair with Porsche. At age 10, he wrote a letter to Porsche HQ in Stuttgart asking for a job. To his surprise, they replied! Sure, it was to appreciate the young fan and to ask him to apply once again when he’s older, but it ignited what he called his “Porsche Passion.” Fast forward a few years, he purchased his first 911 at the age of 25.

He built his car collection until the Porsche count in his garage was at a whopping 40 cars! He sold and modified a few of them, and now, he owns 25 cars worth over $7.5 million! But he’s not selling them anymore. Walker collects Porsches as a hobby, and they are his prized possessions. “If you follow me on Instagram or Facebook, you’re just along for the ride, inspired by the common bond, whether it’s art or automobiles.” And there are thousands who share his passion!

Falling in love with Porsche was easy. But for Walker, who grew up in the town of Sheffield in the U.K., opportunities were limited. So, he went to Camp America in Detroit for a summer program. From there, he went to Los Angeles, where he found his entrepreneurial spirit.

In L.A., he found his other creative passion when he bought a pair of loose PVC pants for $10, which he sewed to fit him. A punk rock shop owner took a shine to them, especially when Walker said he was from England. He jumped at the business opportunity selling that shop owner eight of the $10 pants for $25.

Over the years, Walker established a business, where he purchased cheap clothing, personalized them, and sold them at a stall on the Venice Beach Boardwalk. His business grew until he began selling rock-inspired fashion under the brand name, Serious Clothing— a style that later became a favorite of Madonna’s.

Where are you all driving to this weekend ? Car & photo by @dutchmanphotos from back in 2014 @nuerburgring #getoutanddrive #porsche

Walker ran Serious Clothing with his wife and partner of more than two decades, Karen Walker. His business grew to the point where they were shipping items in wholesale to different stores and had to rent a workshop and house to meet the rising demand. So, Karen and Magnus used the profits from Serious Clothing to purchase an old, dilapidated warehouse.

“In 2000 my wife found a 24,000 sq ft warehouse we now call home. It was in an undesirable place, pretty beat up, and people called us crazy. But we had this gut feeling that everything would be okay, so we ran with it.” And their gut feeling was bang on. The warehouse was featured in the LA Times and became a popular filming location. Bruce Willis, Victoria Beckham, Jay-Z, and Prince have used the warehouse for filming and turned it into another business venture for the Walkers. Victoria Beckham had her first photo shoot at the warehouse when her family moved to L.A.

Sadly, Karen Walker passed away in 2015. Magnus made the announcement on his Facebook without revealing how she died. He only requested privacy to mourn her death.

The 50-year-old’s knowledge of Porsches and his knack for customizing them made him the subject of the documentary, Urban Outlaws. That brought him into the spotlight and had Porsche at his doorstep (along with other brands) for his design expertise. Unfortunately for Bentley and Volvo, Magnus Walker is very a loyal “Porsche Guy.”

Freedom comes in many Forms , being able to make the most of it is the key to Happiness