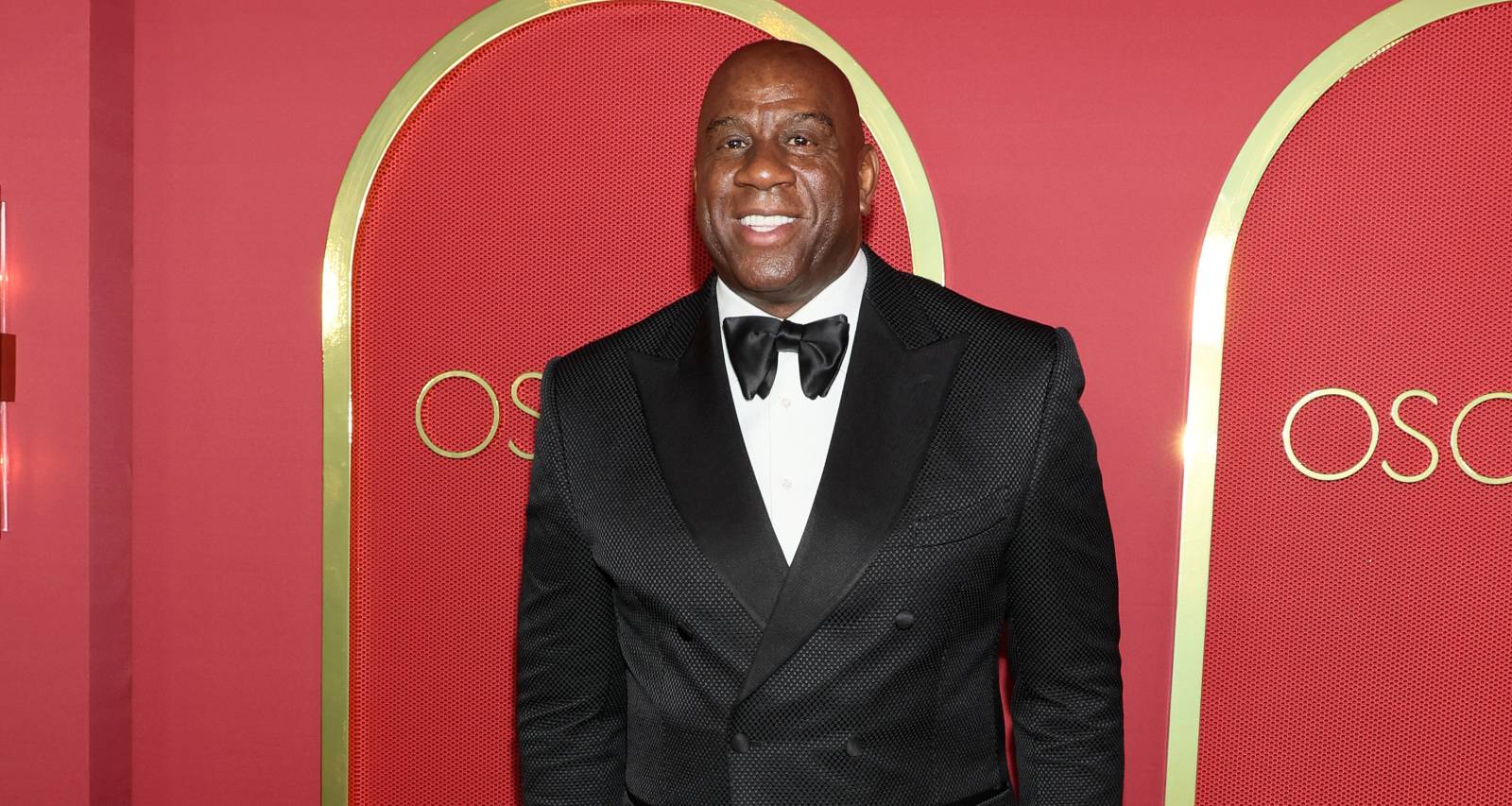 Earvin “Magic” Johnson is the Magic man—the one who made it hip to play basketball in Los Angeles. As great as Magic’s career achievements were on the court, the Magic Johnson net worth really skyrocketed during his life after retirement from NBA competition. So, the question you’re probably all dying to know the answer to is: How rich is Magic Johnson?

Well, the answer is pretty simple: Magic Johnson’s net worth is about $600.0 million.

Johnson may not in the Bill Gates category, but for a former sports star, he’s really been able to turn the corner as a businessman and make some coin. And it all starts with his dad.

Magic Johnson Net Worth Compared to Other NBA Players

Magic recounts a story of his father telling him very early on that no matter what he does, he needs to do it 100%. Recounting that story, Magic says it’s what made him a perfectionist, and he carried that mentality to a Hall-of-Fame career, endorsement deals, and a life after basketball that is tough for anyone to replicate.

And, of course, he’s publicly overcome one of the most difficult setbacks in his life, which was being diagnosed with HIV. Back then, HIV was assumed to lead directly to AIDS, which was thought to be a death sentence. Little was known about the true causes and the modern methods allowing a HIV-positive person to live an average lifestyle were unheard of. So, when Johnson made the announcement in 1991, many were shocked and assumed they were essentially waiting for him to pass away.

That certainly wasn’t the case, and Magic was able to find health through his treatments. Magic Johnson’s AIDS awareness campaigns are still one of the things the public remembers him for and he continues to actively advocate for the cause.

When Magic Johnson formally retired in 1996, it was the birth of the next chapter of his life: Magic the businessman and entrepreneur.

NBA salaries weren’t what they are now, and even though Magic Johnson’s stats include five NBA championships and over 10,000 career assists, Magic only collected about $18.0 million from NBA paychecks and a few million more from endorsements. But once he got off the court, he brought his electricity and work ethic with him.

Breakdown of the Magic Johnson Net Worth

Under that umbrella, Magic would go on to make several more profitable investments. He partnered with Starbucks in 1998 to put the coffee chain in economically poor neighborhoods, a move that turned out to be another brilliant strategy with a hefty payout. And, just days after Magic sold his share in the Lakers, he sold his 50% partnership with Starbucks. Although precise details of the payout have been scarce, a source close to both deals says Magic earned over $100.0 million combined.

Another move for Magic Johnson Enterprises was Magic Johnson Theaters. Just like he did with Starbucks, Magic put theaters in less fortunate neighborhoods, and this was an enormous success. But his biggest move to date involved another sports team. In 2012, Magic assembled a team of partners and purchased the Los Angeles Dodgers in whole for $2.0 billion. That’s some serious big business.

Despite all his success both on and off the court, it’s about much more than just money for the sports star turned business powerhouse. Magic Johnson’s house and family are close to his heart; he’s married to Cookie, his wife of 25 years, and together they have a son, Earvin III, and an adopted daughter named Elisa. Magic also has a son from another relationship named Andre. All of Magic Johnson’s kids reside with him and his wife in California.

Magic also owns a few homes. Oprah Winfrey was welcomed into the Johnson household a couple years ago when Magic showed off his man cave, complete with his championship rings and walls full of basketballs representing all the NBA records he set during his playing days. However, there’s no massive Magic Johnson car collection hiding in any of those garages.

And then there’s the Magic Johnson Foundation. This was started soon after Magic was diagnosed with HIV. The majority of the proceeds go directly to helping with HIV/AIDS research and treatments. And how old is Magic Johnson? The man people expected would be long dead due to his condition by now is still kicking around at age 56. And in those 56 years, Magic Johnson has accomplished a lot and become much more than a celebrated sports figure.