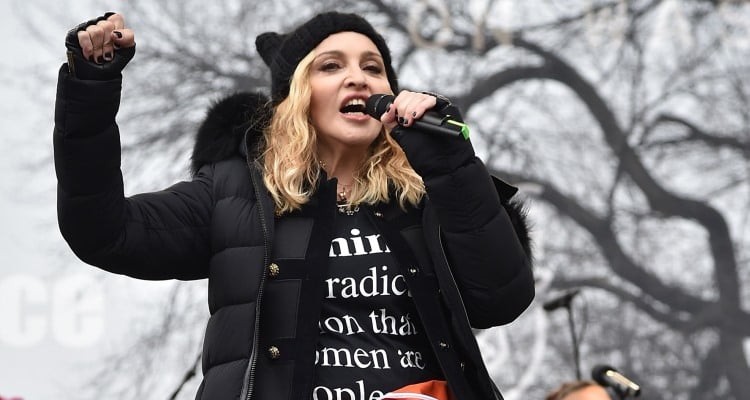 Music icon, Madonna is still deeply saddened by the actions of the “Muslim Ban” and took to her Instagram account to post a video of a man who was affected by the controversial ruling.

The latest post on Madonna’s Instagram shows an emotional video of an Iranian-American man, fearful of deportation after President Donald Trump’s country-wide ruling. The video was captioned, “This Breaks my Heart ????…………….????????” The man in the video is Hossein Khoshbakhty, who works as a contractor and has been living in the U.S. as a citizen for nearly 20 years. Trump has polarized most of the country due to his latest actions and there have been no shortages of protests since he took office. The day after his own inauguration, the newly appointed president faced a country-wide women’s march, with many celebrities involved, including Madonna. She was already under fire with the FCC, having received 106 complaints about the amount of F-bombs she used during her women’s march speech and her threats regarding blowing up the White House. Madonna’s music in 2017 may be put on hold due to her human right advocacy. But never say never, because the pop queen might just get inspired by current events! Check out the heart wrenching video that Madonna posted on her Instagram account, hoping to shed light on how Trump’s actions are affecting many who have built their lives in America.

Despite his best efforts, Trump’s travel ban order was derailed by the 9th Circuit Court of Appeals and forced him to draw up a new order, within the law. Trump has since put a revised version of his travel ban in place with the same countries, but with a likely focus on fewer people so it will withstand legal obstacles. According to a draft from the Associated Press, the travel ban will remain to be focused on the same seven countries—Iran, Iraq, Lybia, Syria, Yemen, Sudan, Somalia— but would only bar those who have never been to the U.S. or those without a visa.