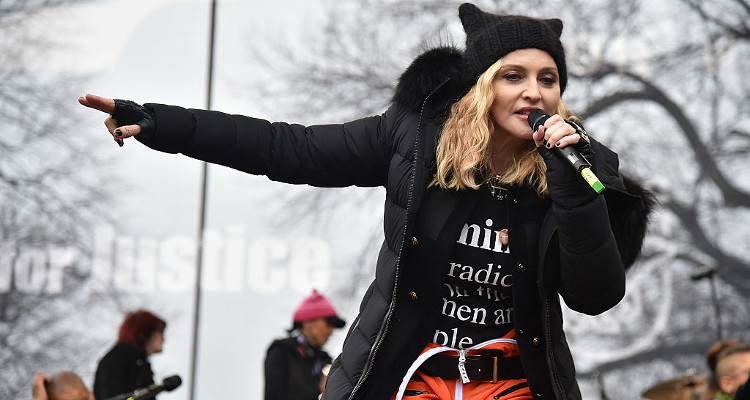 Madonna is the undisputed Queen of Pop. Cited as one of the greatest women in music, the “Like a Virgin” star has shattered the glass ceiling in the music industry time and again with her controversial music videos and song lyrics. Recently, the iconic singer made front page news after she adopted four-year-old twin girls, Stella and Esther from Malawi, claiming that her step-sister would take care of them in case something happened to her. She was granted permission by a Malawian high court judge to fly the girls to New York, after facing “uncomfortable questions” during her application interview. Proving that she can do it all, the now mother-of-six recently posed provocatively on the cover of Italian Vogue, and shared pictures from the photoshoot on Instagram. The blonde beauty looked better than ever and seems to age like a fine wine as she posed for a series of Polaroid shots, taken by celebrity photographer Steven Klein. Check out Madonna’s Vogue cover on her official Instagram account, which paid tribute to the late Italian Vogue Editor-In-Chief, Franca Sozzani. 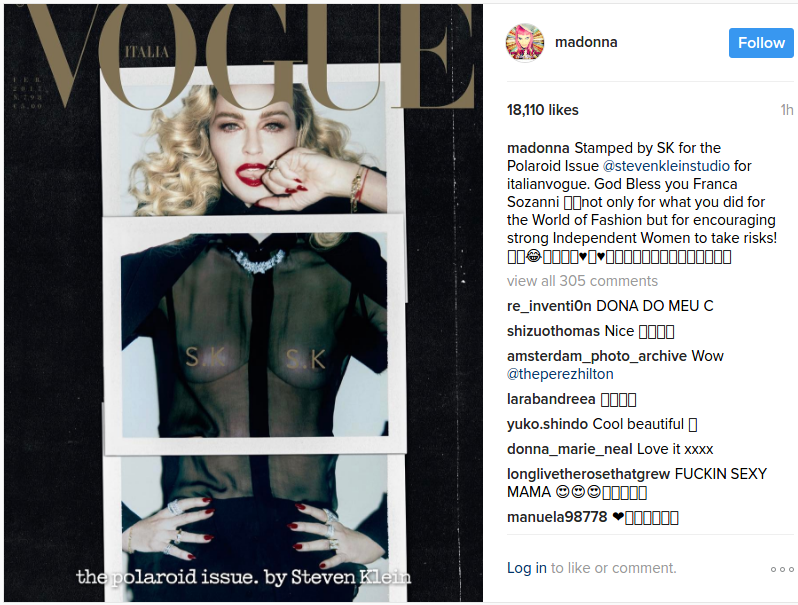 The “Papa Don’t Preach” star shared three photos from the glamorous photoshoot on Madonna’s Instagram account, which has over 8.7 million followers. She posted the photos paying tribute to Franca Sozzani, who passed away at the age of 66 in December 2016, with the caption, “So lucky to have worked on the last issue of Italian Vogue with The amazing and inspiring Franca Sozzani.” 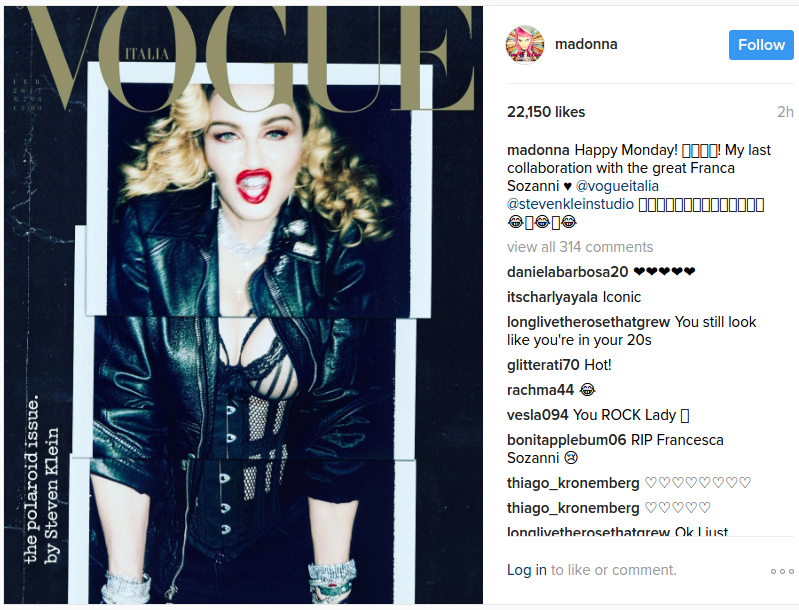 The three photos showcase Madonna in various outfits inspired by her 1980s trademark look. Madonna showed off her toned midriff in one photo; while in another polaroid, she sported a black leather jacket over lingerie. The photos received over 10,000 likes in their first hour of being posted. 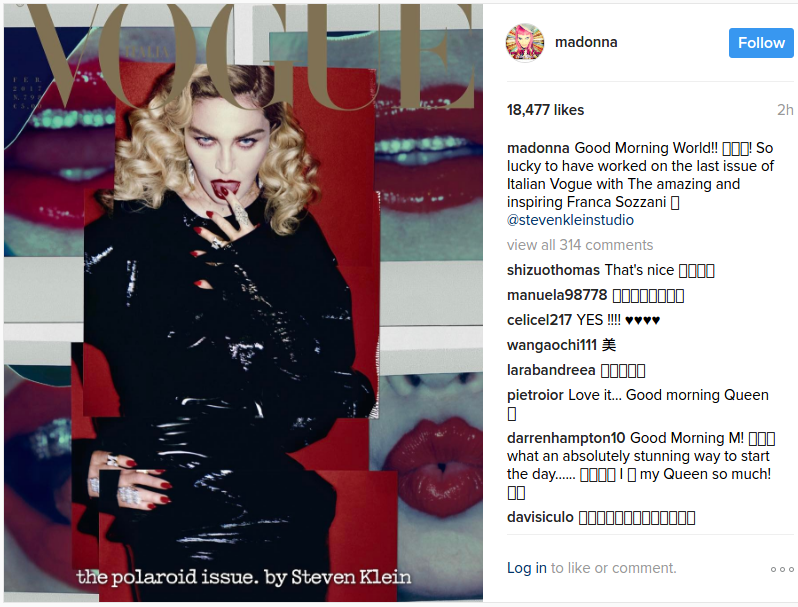