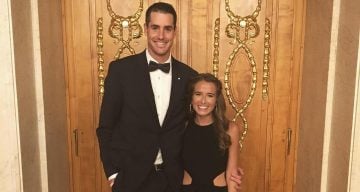 John Isner played the longest professional tennis match in 2010 and then won the biggest championship of his career this past April. Isner is considered as world No. 10 in men’s singles. He will be playing the semi-final Wimbledon match on July 13, 2018, against Kevin Anderson. He is married to jewelry designer Madison McKinley, and soon, the two will become first-time parents! But exactly who is John Isner’s wife and what do we know about her? Our Madison McKinley wiki has all the details.

Growing up, her favorite movie was Cinderella, especially the part where she made her own dress to wear to the ball.

McKinley is fluent in the Spanish language.

She Lived at Her Family’s Ranch in Buffalo, Wyoming

After she graduated, McKinley lived at her family’s ranch in Buffalo, Wyoming. She stayed there for nine months and worked as a full-time cowboy, often spending 10 hours on horseback rounding up cattle.

The Start of Madison McKinley’s Career

After completing her education, McKinley worked as a gallery intern with the Fashion Industry Gallery for two months. Her job was to help set up for markets and assist galleries.

Exciting things to come!! Follow @madisonmckinleydesigns for a sneak peak of our upcoming collection! ��LAUNCHING SPRING 2016 ��

In August 2013, McKinley was a sales and marketing intern for Jaya Apparel Group in New York City. Her duties included maintaining the showroom and helping with marketing appointments. She even helped out with product photo shoots, too.

In 2009, she started Madkool LLC. She was also the designer for the company for seven years.

For six years and 10 months, McKinley was the Accessories Designer at KOCH located in the Dallas/Fort Worth Area.

Some of her other projects include a collaboration with Wrangler and a brand partnership with Veronica Beard.

At a very young age, McKinley realized that she wanted to be a creator. Her favorite part about being a designer is that she likes gathering inspiration, forming ideas, and making them a reality.

She is the founder, designer, and creative director of Madison McKinley. She launched the brand in 2017 with her mother, Karla McKinley. It is an American jewelry company whose goal is to create handmade artisan pieces that are unique, functional, and timeless. 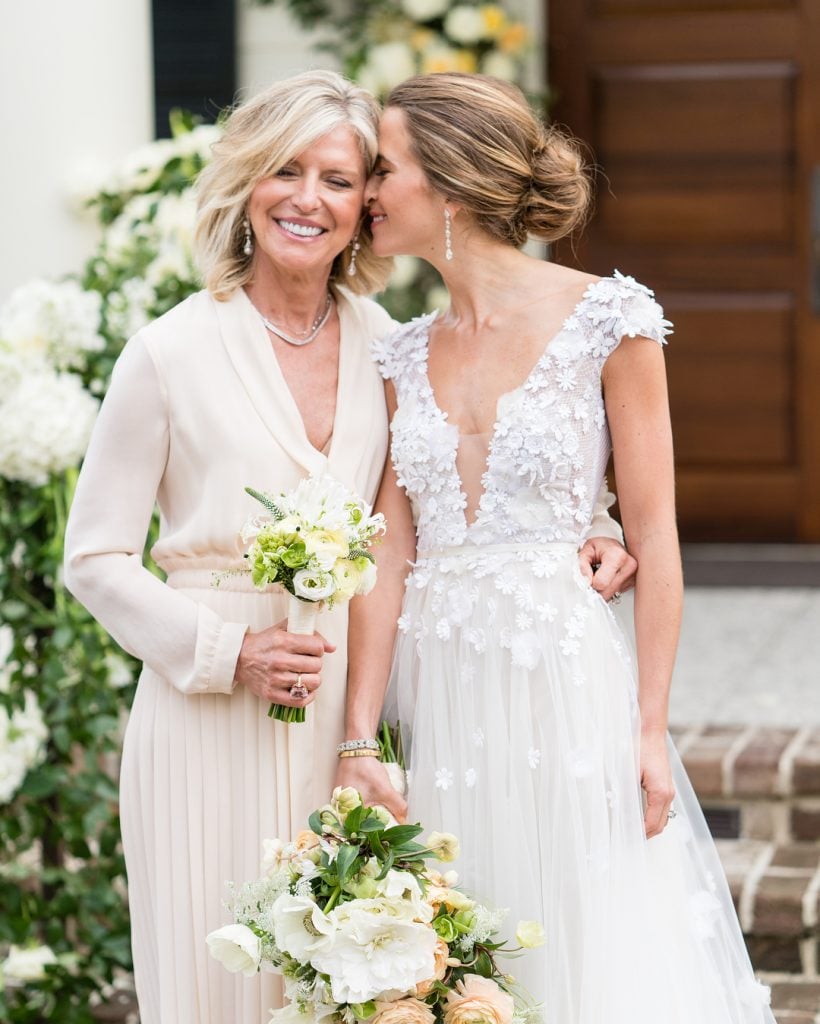 Madison McKinley Shared a Photo with Her Mother on Mother’s Day (Photo: Instagram/madkool13)

McKinley produces her collections in Dallas, Texas, and Buffalo.

The company’s website reads, “Her unique designs include vintage cameos, handmade beads, micromosaics, semi precious and precious stones, and intricate metal work. Each piece encapsulates the can do it attitude of Wyoming meaning that traces of Madison’s process, handiwork, and attention to detail are made present in each handmade piece.”

McKinley was named as the “Best Fashion Jewelry Designer” by D Magazine.

She is extremely close to her grandmothers, Helen McKinley and Diana D’Elia. Her parents are Karla and Mark McKinley.

Karla McKinley is a former model and a breast-cancer survivor and an art collector. Her mother is the CEO of their jewelry company.

October is Breast Cancer Awareness month, so to help fight cancer and raise awareness I am selling three necklaces on Charity.MadisonMcKinley.us ! [link in profile] 30% of the profits of each purchase will be donated to the Joellyn Smith Fund for Breast Cancer support! Help us save a life by wearing your pink! #beaware #touchyourtitties #breastcancerawareness

Isner and McKinley were dating for quite some time before getting engaged. The couple first met each other at a pub in 2011. They shared a glass of water, and right then and there, McKinley was smitten by Isner.

To announce their engagement, McKinley took to Instagram and shared the happy news with everybody.

Six months after their engagement, Isner and McKinley walked down the aisle on December 4, 2017, in South Carolina.

Their wedding was attended by Steve Johnson, Justin Gimelstob, Sam Querrey, and James Blake. It was a country themed wedding, which took place in Montage Palmetto Bluff, S.C. 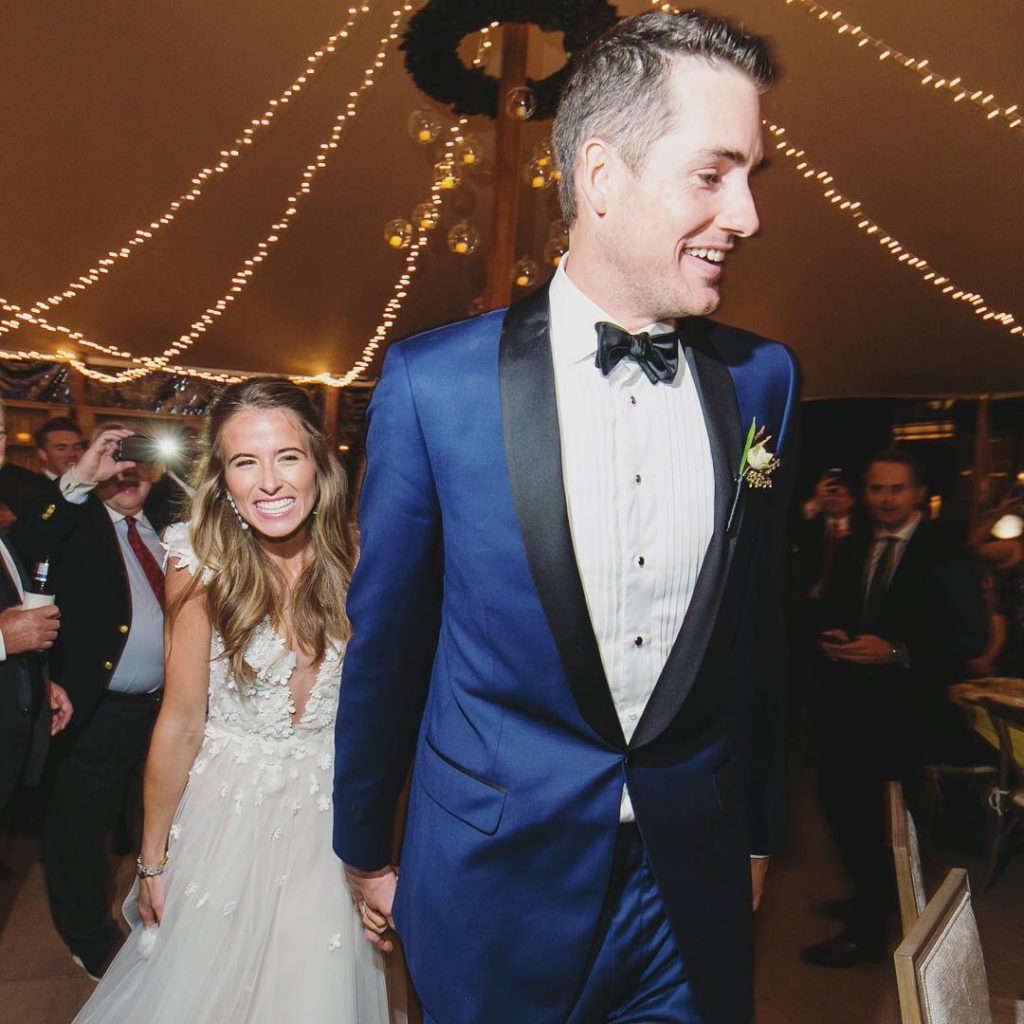 Madison McKinley Shares a Photo From Her Wedding (Photo: Instagram/madkool13)

Currently, the sweet couple is expecting their first baby and her Insta shows her baby bump growing more with each post!

Madison McKinley and John Isner will soon welcome a precious, baby girl into the world, and fans couldn’t be happier for the two of them!