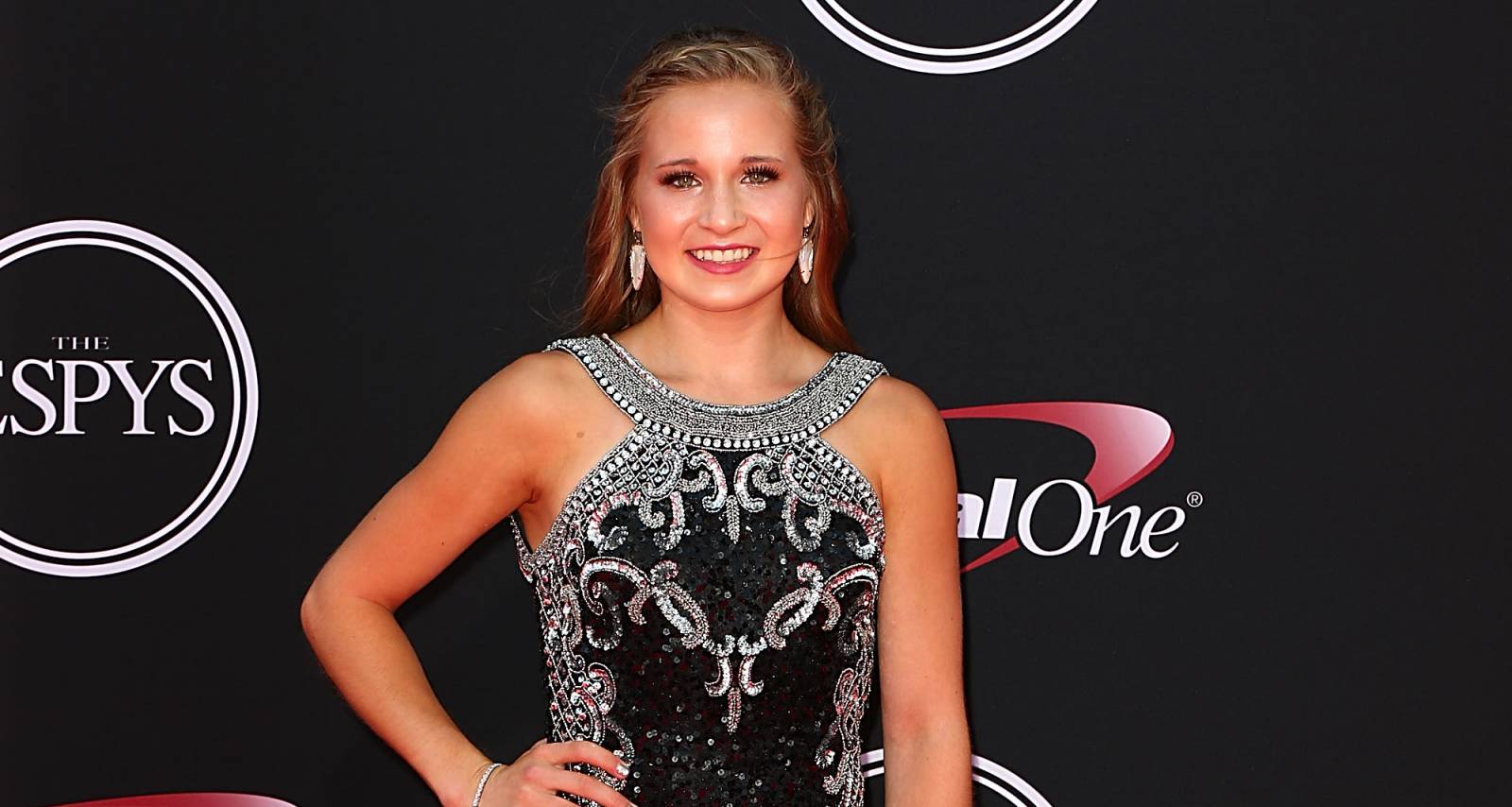 Madison Kocian arrives at the 2017 ESPYS at Microsoft Theater on July 12, 2017 in Los Angeles, California. (Photo by Joe Scarnici/WireImage)

Here are five facts to know about Madison Kocian:

The 19-year-old Texan helped her teammates win the Olympics gold medal in the women’s team all-around, thanks to her superior skills on the uneven bars. She received the highest score on the individual bars with an astounding 15.866, which majorly contributed to Team USA’s cumulative score of 184.897.

God has blessed me with the best experiences & opportunities! ready to SHINE tonight✨???????????? #OlympicTrials

#2 She is an Artistic Gymnastics Prodigy

Born to Thomas and Cindy Kocian, Madison began her gymnastics training when she was only 5 years old. By age 12, she made the U.S. Junior National Team and was selected to compete for Team USA in Belgium. Since then, there has been no looking back for the 5’2″ dynamo. She is a 2015 uneven bars world champion, and two-time World Championships team member. An impressive feat considering she’s only 19 years old!

Madison credits her parents for her success. In an interview, she stated, “My parents, Thomas & Cindy, have been my biggest supporters throughout my gymnastics career. They put me in the sport at a young age, and they made the commitment to take me to the gym every day.” Her younger brother Ty, who is 15-years-old, plays basketball at Jesuit Dallas. It definitely seems like athleticism runs in the family!

#3 She Deferred College for the Olympics

Although Madison graduated in 2015, she put off college for a year so that she would be able to participate in the 2016 Rio Olympics. It looks like her decision paid off after all! She is all set to join UCLA in the fall, and will compete for the Bruin Women’s Gymnastics Team once there.

Honored to wear this flag & represent USA with these girls????????

#4 She Has Maintained Her NCAA Eligibility

Out of the “Fierce Five,” Madison is the only member who has maintained her eligibility to compete in NCAA gymnastics. Unlike her other team members, she is the sole gymnast who can compete in college. Fellow athlete, Lauren Hernandez recently turned pro. No other Team USA Member, including Gabby Douglas, Simone Biles, Aly Raisman and Lauren Hernandez, have maintained their NCAA eligibility.

Is there anything Madison Kocian can’t do? Besides her apparent gymnastics prowess, she is a baseball fan who supports the Texas Rangers. She also loves to try out new recipes in the kitchen after a grueling workout. She enjoys hobbies such as shopping with her mom, swimming, and playing with her two dogs, Biscuit and Pete. As if that weren’t enough, Madison wants to work with children after graduation. She loves children and wishes to “work with kids in any way.” Madison is also religious and enjoys visiting different churches while traveling as she is always interested in their decoration and architecture.

If you want to check out the latest on another notable young Team USA gymnast, check out our post on Simone Biles here!