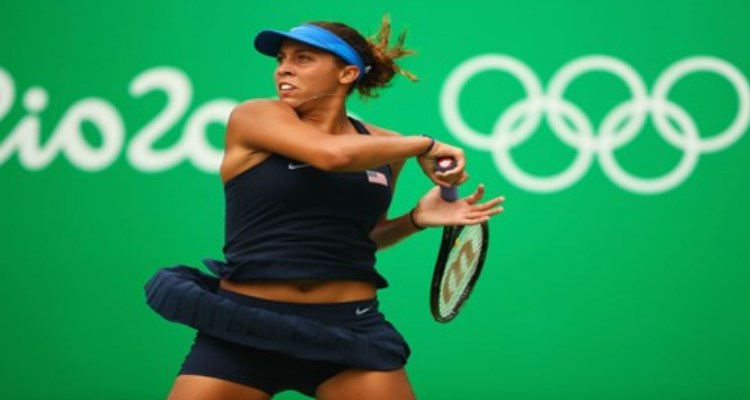 She Prefers Not to be Identified by Race

How tall is Madison Keys? This talented athlete stands a solid 5ft 10in! No wonder she races across the field so well! Considering her fair appearance, some people are asking, “is Madison Keys black?” In an interview with The New York Times, Keys said, “I’m very much right in the middle. I don’t really think of it. I don’t really identify myself as white or African-American. I’m just me. I’m Madison.” A well-spoken response! She prefers not to be identified by the colour of her skin, despite the fact that her mother is white and Madison Keys’ father is black.

Her Relationship Status is Unknown

It’s no wonder people are asking about Madison Keys’ boyfriend – she’s one talented beauty! As for whether she has a boyfriend or not, it seems that information has either been kept private, or there is no boyfriend to report on. So far, the rumors are just that – rumors. Fans will have to stay tuned to see if a love interest is revealed later on!

She is a Tennis Prodigy

Did you know Keys played her first professional tournament when she was only 14 years old? That’s incredible! Her professional debut led her to win an ITF event in Cleveland, OH and, if you can believe it, she defeated Serena Williams 5-1 in a World Team Tennis match!

Madison Keys’ made her biggest win of her career at the Australian Open in January 2015. After this accomplishment, she became the world’s highest ranked teenager! She was 19 at the time. In 2016, she topped the charts, being the first American to enter the top 10 women’s rankings since 1999, when Serena Williams held the spot.

At the Australian Open in 2015, she faced world No. 1 Serena Williams in the semi-finals, however she lost the match in straight sets. Williams, who captured the title, expressed her high hopes for Keys, “It was an honor for me to play someone will be No. 1 in the future.” Whoa!

Thank you for all of the love! Can’t wait to be back at the @australianopen next year ❤️

She was Inspired by a White Dress

Keys first fell in love with the game after seeing Venus Williams’ white tennis dress. In a view interview with World Tennis Magazine in August 2011, she revealed her inspiration. Four years later at the Australia Open, she defeated Venus Williams in the quarter-finals in three sets, despite an appearance of a disadvantage due to an injury. Talk about a dream come true!