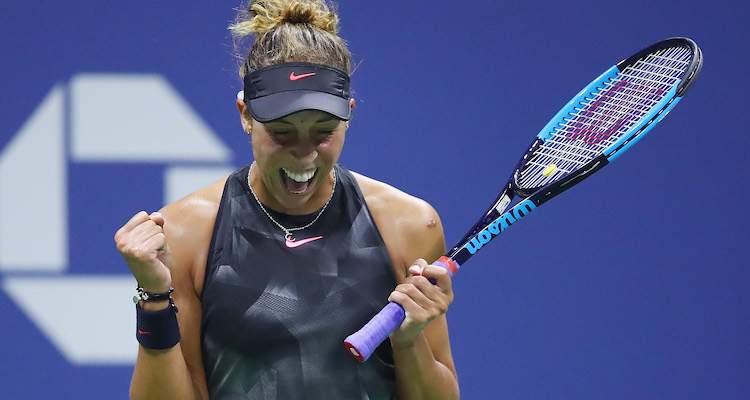 Who are Madison Keys’ Parents?

Madison Keys’ father is Rick. Just like Madison Keys’ mother, Christine, he’s an attorney. They’re also the ones responsible for introducing Madison into tennis and helped shape her into the person she is today. The couple also have three other children: Montana, Hunter, and Sydney. Madison, 22, was born on February 17, 1995 in Rock Island, Illinois and currently lives in Boca Raton, Florida. She has been coached by Thomas Hogstedt and Lindsay Davenport and her personal trainer is Scott Byrnes.

What is Madison Keys’ Ethnicity?

While Madison Keys’ nationality is American, many have been asking about her ethnicity. Her mother is white and her father is black and although she’s seen as mostly black to everyone else, she doesn’t identify that way.

“It’s something that’s always there obviously, but I’m very much right in the middle,” she said in a New York Times interview. “I don’t really think of it. I don’t really identify myself as white or African-American. I’m just me. I’m Madison.”

Keys has even stated in the past that she would like her favorite Oscar-winning actress, Julia Roberts, to play her if there was ever going to be a movie made about her life. It’s a progressive thought, but would undoubtedly rub more than a few African-Americans the wrong way. There has been a lot of protest against white actors portraying different races, shedding light on the lack of diversity in Hollywood. Remember the #OscarSoWhite hashtag last year?

Even though Serena Williams defeated Keys in the past, that didn’t change how Keys felt about the famous tennis star.

“Serena’s always been one of the best, and she will forever be one of the best tennis players in women’s tennis,” Keys said in a 2015 interview with the New York Times. “So much respect for that and so much respect towards her and her game, but I think it’s more I just have to go out and have to be excited about it, and I have to just really embrace the moment, and it’ll be fun. She’s obviously an amazing player. She’s been in this position before. It’s really just more that I kind of have to not focus so much on her and really just stay focused on myself.”

Williams also returned the sentiment in a 2015 interview and was proud of the lineup during the U.S. Open.

“It’s good to see another American, another African-American, in the semifinals playing so well,” Serena said. “Regardless, there’s going to be an American in the finals, so that is great. It’s also great for me and Venus because we know that finally there’s other Americans that are constantly playing well and playing better, showing that they want to be the world’s greatest.”