Netflix adds Teenage Bounty Hunters to its library of teen comedies with a cast of talented young starlets. The spotlight is on Maddie Phillips and Anjelica Bette Fellini, who play the twin bounty hunters, Sterling and Blair. Phillips accumulated a long list of credits at a young age, and Teenage Bounty Hunters is slated to be her breakout role. She’s an actress you need to keep an eye on. But for those who haven’t caught up with her already, this Maddie Phillips wiki is the perfect primer on the talented artist.

Maddie Phillips was born on September 6, 1994 in Vancouver, Canada. She lived there until she was 10 before moving to Perth, Australia.

Phillips’ maternal family reside in Perth. From her social media, we know that she has family in British Columbia, Canada. Her Instagram shows her love for both her home countries.

Creative and performing arts were Phillips’ pursuit throughout her student life. But she was also quite the athlete and played soccer for 10 years.

Creative arts have always been Maddie Phillips’ calling as she enjoyed acting, creative writing, singing, photography, and other activities in the space. She graduated from Penrhos College, a boarding school for girls, in 2012 and pursued acting.

She studied theater at L.A.M.D.A (London Academy of Music and Dramatic Arts) in the U.K. She was awarded the High Distinction in the LAMDA Certificate in Speech and Drama: Performance Studies (PCertLAM) Level 3 Grade 7 exam.

Phillips moved back to Vancouver to successfully audition for the ASAS program at Capilano University and earned early acceptance into the program. But she decided to forgo the program to get a headstart in professional acting.

Maddie’s resume boasts training at Studio On the Drive, with coaches including Ingrid Torrance and Arron Craven; Railtown Studios with John Cassini; The Actors Foundry with teacher Matthew Harrison; and Deb Podowski at Austin Tuck Studios.

Instead of enrolling at Capilano University, Philips signed with an acting agency. Soon, auditions and acting classes became part of her routine.

Phillips has done minor roles and short films since 2013. Her credits boast iZombie; Signed, Sealed, Delivered; Lucifer; Legion; and more. She even appeared in the 2016 music video for “Uncomfortable” by the band Hawking. 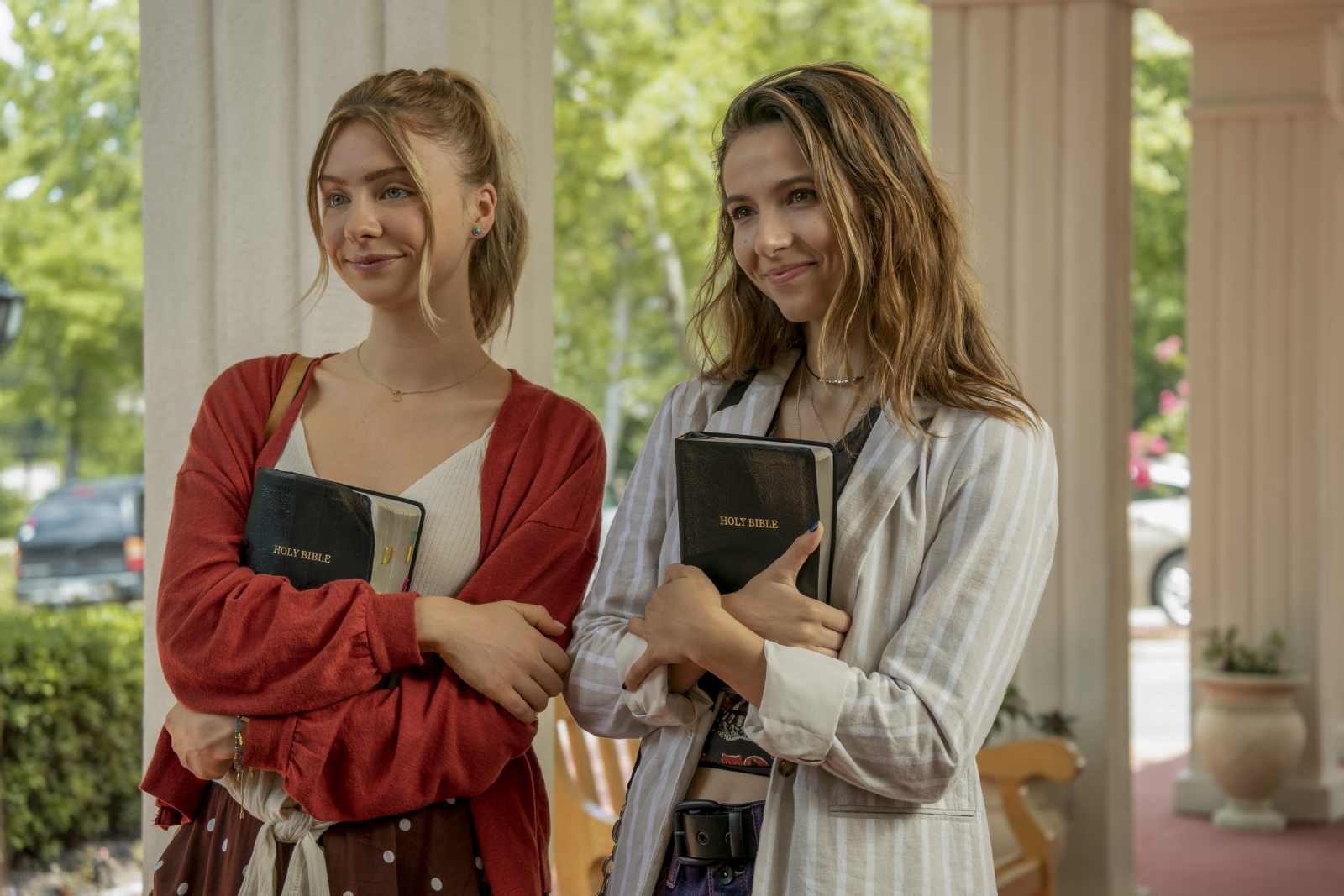 She graduated to bigger roles with Project Mc² and Ghost Wars. But her most prominent role to date has to be her appearance in Supernatural.

Her role in Lifetime’s Undercover Cheerleader was her most memorable yet. And now she’s moving on to bigger things with Netflix.

She plays Sterling in the new series, Teenage Bounty Hunters, on Netflix. Sterling and Blair, played by Anjelica Bette Fellini, are teenage fraternal twin sisters going through your typical high school movie tropes—with the added spin of catching a criminal that skipped bail.