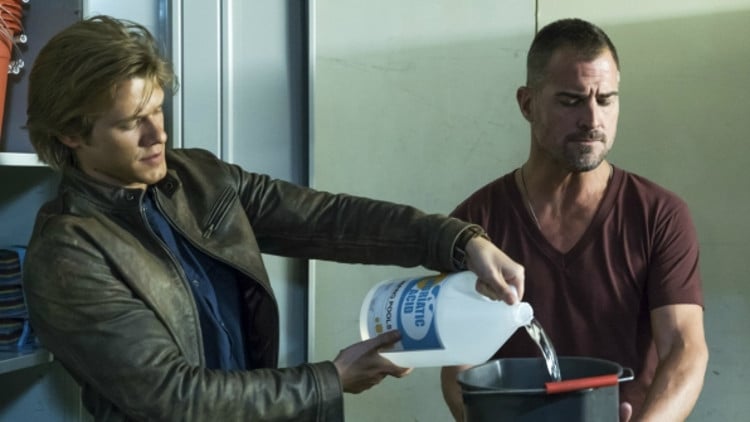 Bust out those paperclips! It’s time for MacGyver. The popular DIY action and adventure drama is getting a reboot with an all new cast. Nearly 25 years ago, the show made Richard Dean Anderson a household name as Angus ‘Mac’ MacGyver, an ingenious and resourceful secret agent working for the U.S. Government, who was known to get out of sticky situations using everyday items and his faithful companion, a Swiss army knife. So, it makes sense that the 2016 version of MacGyver is something to look forward to. If you’re looking for more information about the cast of MacGyver season 1 (who will definitely bring back some memories of the old crew), your search ends here. We have all you need to know about the cast of the reincarnated, MacGyver.

MacGyver (2016) season 1 premieres tonight, September 23 on CBS at 8:00 p.m. EST. You can also watch the episodes on the network’s website, shortly after the show airs on television.

Here’s everything you need to know about the cast of the iconic drama’s reboot.

Lucas Till may have been a mere two years old when the original MacGyver went off-air, but he’s very excited to take on Richard Dean Anderson’s role. Till has previously worked in the X-Men franchise and the Hannah Montana movies. In October 2015, he was announced as the new Mac, the original DIY expert working for the fictional U.S. Department of External Services. True to the original, Mac’s not going to use a gun, and will stick to his swiss army knife and paperclips. This time, Mac won’t be going on missions solo, either. He has a new team of associates, including his friend Jack Dalton, and also a hacker. So, it seems the new MacGyver will enter the technological age.

The young Mac will be joined by Jack Dalton, a former CIA agent and Mac’s partner. George Eads, previously a well-known face on the CSI series, will play the role of Dalton. In the original series, his character was played by acclaimed actor, Bruce McGill. McGill’s portrayal of Dalton was more of a comic relief. However, the new Jack Dalton is edgy. He is the muscle that complements Mac’s brains.

The actor plays Wilt Bozer, MacGyver’s roommate and friend. Hires is no stranger to TV reboots, as he’s starred in the small-screen version of Rush Hour. Bozer is going to provide the comic relief to this series as Mac’s crazy sidekick.

Vampire Dairies star, Tristin Mays will play the unpredictable computer hacker, Riley Davis. Her character is the element that brings MacGyver to this age of technology. She was first in prison but Mac has her released to make use of her computer talents.

MacGyver premieres tonight at 8:00 p.m. EST on CBS. To get an preview into the action-packed premiere, take a look at the sneak peek below.

In 3 days, Mac is back! Here’s your first sneak peek at the explosive premiere of #MacGyver. pic.twitter.com/VGrI0xiXxo