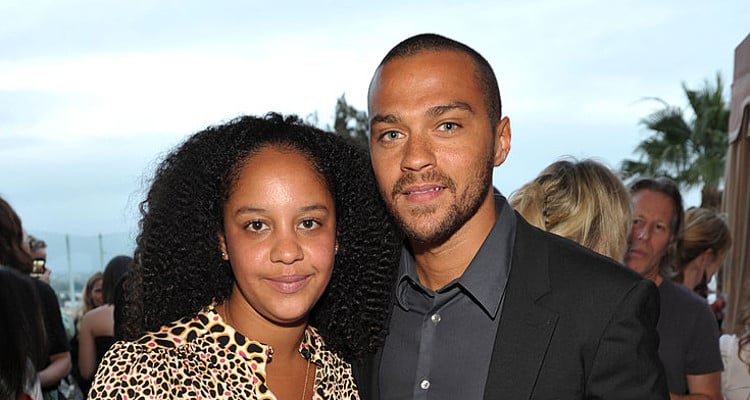 Jesse Williams’ marriage has come to an end. The actor famously known as Jackson Avery on Grey’s Anatomy is getting divorced from his wife, Aryn Drake-Lee. But what happens to their children?

Grey’s Anatomy’s Jackson Avery divorced his wife, April Kepner on the show, but the two are getting closer after the birth of their daughter. Off-screen, Jesse Williams and his wife, Aryn Drake-Lee are heading for splitsville. Reports reveal they are amicably divorcing. But what about their children? Here’s what you need to know about Jesse Williams’ kids, Maceo and Sadie.

The 35-year-old Williams is from Chicago. His mother, Johanna Chase was a professional potter and his father, Reginald Williams worked in the public school system.

He studied acting in 2005 and was one of 14 actors chosen out of 800 applicants to participate in the New York Actors Showcase presented by ABC Television. Williams had guest appearances on a few shows before getting his big break on Grey’s Anatomy. He also dabbled in movies and theater before founding his production company, FarWord Inc., and is also a civil rights activist.

The on-screen doctor was married to Aryn Drake-Lee, a real estate broker. The couple had been dating for five years before tying the knot in September 2012. They had known each other long before he was famous; Williams was a high school teacher yet to venture into acting when he met Drake-Lee. The couple even debuted their “Ebroji” GIF keyboard app together last year.

Drake-Lee graduated from Barnard College at Columbia University and purchased her first of several properties when she was 24. She is lauded as one of the best brokers at the Brown Harris Park Slope office.

Quick #Ebroji -> Twitter tutorial, in pictures
Step 1 Select the app from your phone screen and it opens to this… pic.twitter.com/tBaSYNipLg

Williams and Drake-Lee welcomed their first child, Sadie, in 2013. When Sadie Williams was 21 months old, she got a little brother, Maceo Williams, in 2015. Back when Maceo was born, William’s character, Avery and his on-screen wife, April Kepner, were at the highest point of their dramatic relationship.

On the show, Avery had divorced Kepner and a one-night-stand resulted in her getting pregnant. So, while Avery and Kepner’s pregnancy was stealing the limelight, no one realized that Williams’ real-life son was born until a few months later.

Now that the couple has filed for divorce, people are wondering what will happen to three-year-old Sadie and two-year-old Maceo. Williams and Drake-Lee are parting amicably and have requested joint legal and physical custody of both their children. They’ve also requested to terminate Drake-Lee’s spousal support. The couple are yet to make a statement about their separation.