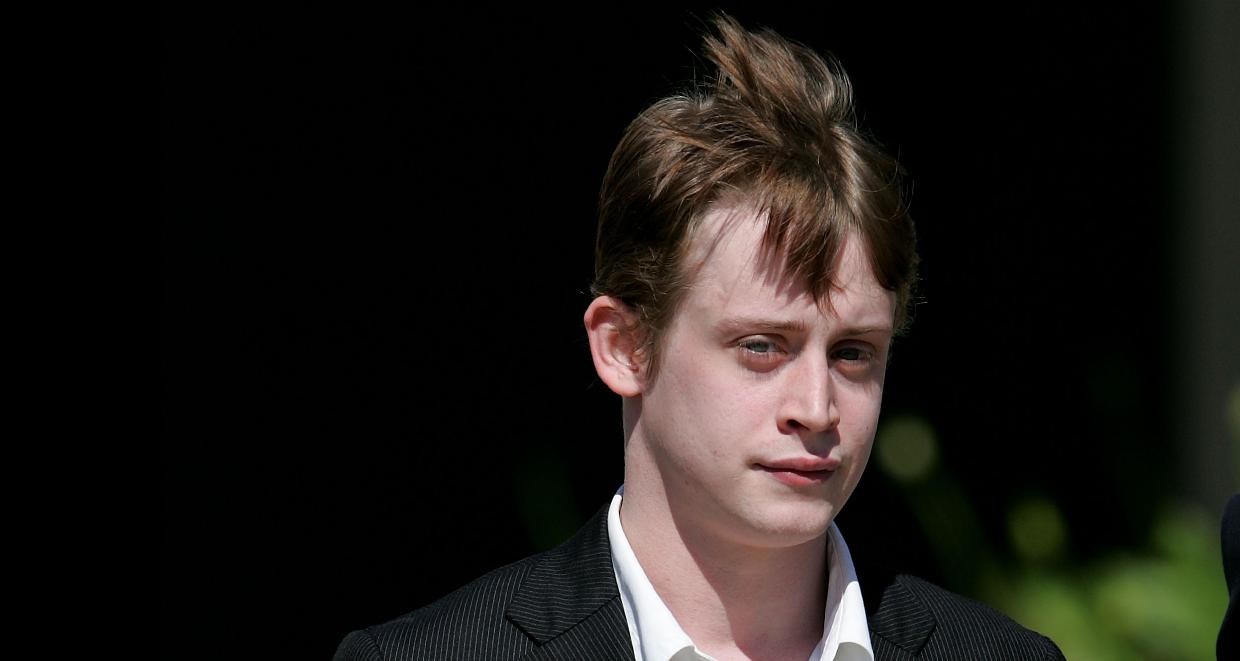 Macaulay Culkin got into shenanigans in the film, Home Alone, and became rich and famous. How much money does Macaulay Culkin make a year? The numbers have since dwindled, but Macaulay Culkin’s estimated net worth in 2018 is still at a comfortable $15.0 million.

We can only dream of swimming in dough like Richie Rich, but Macaulay Culkin got to live it. The Home Alone and Richie Rich star was a big part of our childhood in the ‘90s, but he has since grown up.

He once claimed he “retired” from acting and is busy hanging around with his precious goddaughter, Paris Jackson. On the romantic front, he’s dating former Disney star, Brenda Song.

Culkin recently revealed he turned down a lucrative offer to join The Big Bang Theory.

Macaulay Culkin Has Been Acting From a Young Age

The New York-born actor is the son of a former Broadway actor, Kit Culkin, and Patricia Brentrup, a telephone operator. Macaulay Culkin and his six siblings initially lived in a small apartment with their parents and struggled to get by.

Culkin’s acting career began at the age of four in stage productions at the New York Philharmonic. He had minor appearances on TV like The Midnight Hour and The Equalizer.

Macaulay Culkin’s breakout role came at a young age with the movie, Home Alone (1990). It broke box office records grossing over $476.0 million worldwide, bumping his salary up for his appearance in the film’s equally successful sequel.

Around that time, he also made his much-talked about appearance in Michael Jackson’s music video for “Black and White.” Culkin and Jackson shared a close friendship until the King of Pop’s death. The actor has repeatedly defended Jackson against child abuse allegations.

Culkin brought Harvey Comics’ character to life on the big screen in Richie Rich (1994). Even though the film had mediocre box office success, it’s one of his most memorable roles. He earned a salary of $8.0 million for Richie Rich.

He took a break from acting after doing 15 films in seven years. He earned around $23.0 million as a child actor. That’s equivalent to $40.0 million today when adjusted for inflation.
Culkin has since outgrown Kevin McAllister and tried to distance himself from the Home Alone franchise.

After years of inactivity, he returned to acting with the 2000 stage production, Madame Melville, in London’s West End. Culkin appeared on Will & Grace and starred in Party Monster later in his career.

He did voice over work for Robot Chicken, starred in Sex and Breakfast, and appeared in a few music videos.

Culkin had once declared he retired from acting but didn’t really leave the film industry. He had sporadic appearances in the media and has remained active with different ventures.

He is set to star in the 2018 upcoming movie, Changeland, alongside longtime friend, Seth Green, who directed the movie. The film also stars Brenda Song, Culkin’s current girlfriend.

Culkin recently revealed that the producers of the CBS sitcom, The Big Bang Theory, pursued him to appear on the show. And he turned down the offer three times!

The show is set to conclude its highly successful run with season 12 in 2019. And we can’t even imagine what it would’ve been like if Culkin had signed on.

The show’s main cast of Jim Parsons, Kaley Cuoco, and John Galecki are among the highest paid TV actors, earning around $1.0 million per episode.

Does Culkin have any regrets turning down TBBT?

“I’d have hundreds of millions of dollars right now if I did that gig,” he said. “At the same time, I’d be bashing my head against the wall.”

In 2013, the actor was the star of a viral YouTube video, which he coproduced and directed. The video that showed him eating a cheese pizza was a promotion tactic before the debut of his pizza-themed comedy rock band, the Pizza Underground.

Culkin toured with the band but the audience response was poor. He announced in 2016 that he disbanded Pizza Underground.

He also ventured into art and turned his $2.0 million New York apartment into an art studio.

In recent history, Culkin has rebranded himself into a social media star and podcast personality. He has over 411K Instagram followers and dishes lifestyle advice on his Bunny Years podcast.

He Got Legal Emancipation from His Parents

Culkin detailed the emotional and mental abuse he was subjected to by his now estranged father in his book, Junior (2006). Culkin’s parents weren’t married and his father was his manager.

He wrote that his growing fame caused tensions between the father and son’s already strained relationship.

“Everything he tried to do in life, I excelled at before I was 10 years old,” Culkin said.

Kit Culkin even reportedly stole from his son. So, the actor famously sought control over his life and a then $17.0 million fortune by taking his parents to court.

His father fought a bitter custody battle, but the young star succeeded in getting a “divorce” from his parents.

The court removed his parents as legal guardians and granted 15-year-old Culkin the rights to manage his own money.

It wasn’t the last time Culkin endured legal drama. He was arrested in 2004 for the possession of marijuana. He was later released after posting a bail of $4,000.

Here’s How Macaulay Culkin’s net worth compares to other former child stars: