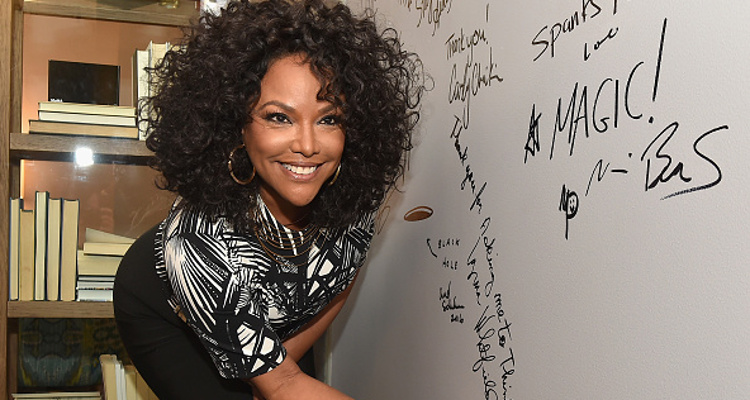 Lynn Whitfield tweeted that she will go live later this week to answer fan questions. Lady Mae from Greenleaf has won everyone over with her effervescent role. She’s been in the business for some time now, but she’s really turning heads with her newest role. Whitfield’s net worth is a cool $3.0 million and with everyone buzzing about her lately, it’s surely going to rise! Here’s more from Lynn Whitfield’s wiki.

Lynn Whitfield is making waves in TV with her role as Lady Mae in Greenleaf, which was renewed for a second season! But Whitfield has been a presence in both movies and TV for a long time. The Emmy-winning actress made her way to the top, and does not look like she will retire anytime soon. Learn more from Lynn Whitfield’s wiki right here.

The Makings of a Superstar

Lynn Butler-Smith was born on May 6, 1953, in Baton Rouge, Louisiana, making her age 64. She was born to a dentist, Valerian Smith, and a finance agency officer, Jean Butler, and is the eldest of four. Her father was instrumental in forming community theater in Baton Rouge. She was bitten by the acting-bug as a child and, with her father’s guidance, pursued a career in acting. Whitfield is a third-generation BFA graduate from Howard University, and was first seen on stage with the Black Repertory Company in Washington, D.C.

She married the company’s co-founder, playwright, director and actor, Vantile Whitfield, who was a pioneer in black theater, when she was 21, and the couple moved to New York. The Big Apple gave her the opportunity to star in Off-Broadway shows like Showdown and The Great Macdaddy. But her claim to fame was in Four Colored Girls Who Have Considered Suicide/When the Rainbow is Enuf, Ntozake Shange’s first acclaimed work in theater. She co-starred alongside Alfre Woodard and her talent was immediately recognized.

In 1978, four years after her wedding, Lynn and Vantile Whitfield divorced. The couple never had children together, and he died in 2009 due to Alzheimer’s disease.

Her Rise to the Top

It was the 1980s that saw Lynn Whitfield’s rise to stardom. She debuted in Hill Street Blues, a critically acclaimed NBC drama, where she played Jill Thomson. Whitfield then appeared in films, with supporting roles in Doctor Detroit, Silverado, The Slugger’s Wife, and Jaws: The Revenge. She appeared on the small screen as well, in shows and TV movies like Johnnie Mae Gibson: FBI (1986), The George McKenna Story (1986) co-starring Denzel Washington, and Oprah Winfrey‘s historical miniseries, The Women of Brewster Place (1989).

Doctor Detroit (1983) – directed by Michael Pressman, produced by Robert Weiss, shot by the legendary King Baggot…and starring Dan Aykroyd, Howard Hesseman, and Donna Dixon… . This one is for my buddy Chris Glass @chrisglass . Well this one is a zinger and I love it. DD came out the summer before Ghostbusters…in the midst of Aykroyd being very funny and well known. I remember my Dad actually bringing home this poster, looking at the artwork, and wondering why this particular doctor had all of these hot girls…wish I was 7 years old again. hahaha. For me, this one is an awesome midnight movie that goes in at least once a year – I can shut off the brain and just watch… . At the very end, there is this little tagline that promises a sequel…Aykroyd even had a script…but because the Doctor D bombed no one would touch it. That being said, 12 months later Aykroyd was in Ghostbusters and the rest is history… . #doctordetroit #danaykroyd #pimp #1980s #80s #cult #retro #retrofilm #bluesbrothers #ghostbusters #classic #vintage #movieposterart #movieposters #classicfilms #movies #movienight #vintagemovieposters #moviepostersforsale #zachmerckdirector #jamesmerckcollection

But Whitfield swept everyone off their feet when she played the infamous Josephine Baker in the award-winning HBO biopic, The Josephine Baker Story in 1991. She was nominated for a Golden Globe for portraying an exotic dancer during the French Revolution, and it cemented Lynn Whitfield’s place in Hollywood. After the success she saw in 1991, she steadily climbed her way to the top with movies and miniseries like Stompin’ at the Savoy (1992), Army Now (1994), and The Cosby Mysteries (1994).

#TBT What an #honor to bring the #icon #Le Baker to the screen on @hbo #JosephineBakerStory #BlackHistory @goldenglobes @TheEmmys #grateful pic.twitter.com/RojMqZO5Yp

Yet again, she found more success when she starred in A Thin Line Between Love and Hate, alongside Martin Lawrence in 1996. She was then seen with big names like Dany Glover and Jamie Foxx. Whitfield went on to do a few comedies as well, and during her rise in the 1990s remarried.

So nice to be a part of TV history with my Stompin’ at the Savoy sisters! #KeepOnStompin #Repost #WCW pic.twitter.com/wZGwKOfVgc

Lynn Whitfield’s husband, Brian Gibson, was a film and TV director born in Essex. The couple tied the know in 1990, but things did not seem to work out, as the two divorced in 1992. Brian Gibson died in 2004 from bone cancer. They have a daughter together, Grace Gibson.

Coincidentally matching with my favorite lady @mslynnwhitfield as she won best supporting actress in a drama series at The 42nd annual Gracie Awards this week, so inspired by her and all the bad ass women honored this year???????????? #allwomeninmedia #thegracies #thatsmygurl #greenleafown #iswearwereadeachothersminds

Lynn Whitfield was ranked among the best in Hollywood. Now, the 64-year-old plays the villainous Lady Mae in the hit drama series Greenleaf, allowing her to continue working with Oprah Winfrey. The two have known each other since the ’90s and are still close today. If you are wondering who Lynn Whitfield is married to now, you should know that the actress is currently available! The classy superstar looks good in the money department with an estimated net worth of $3.0 million.