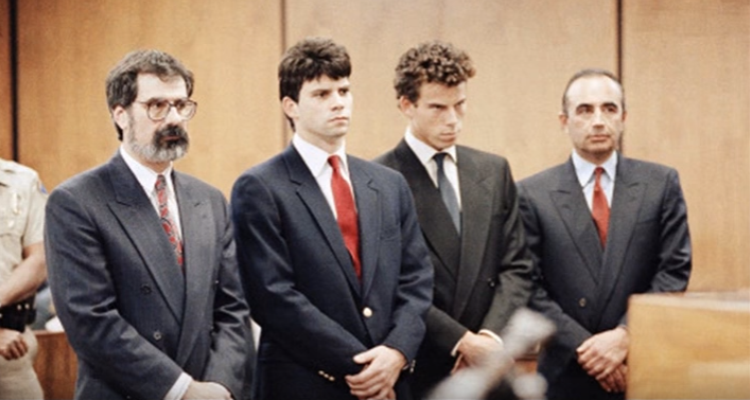 With a new Lifetime biopic set to air on the small screen, the Menendez brothers have been making headlines once again, bringing up their past crimes of murdering their parents. Where is Lyle Menendez now? That’s what’s on everyone’s minds before they consider watching Lifetime’s Menendez: Blood Brothers on June 11. If you want all the details, then get a closer look with our Lyle Menendez wiki.

Joseph Lyle Menendez was born on January 10, 1968 in New York City to José and Kitty Menendez. He is the older brother of Erik, and the two became famous for murdering their parents in 1989 as revenge for their father’s abuse and their mother’s role in it all. Lyle grew up with the same privileges and advantages as his brother, due to their millionaire father’s job as a Hollywood executive. They moved from New jersey to Los Angeles, where they lived in a Mediterranean home in Calabasas that was rented out to stars such as Prince and Elton John.

The Police Broke Protocol at the Scene

Before O.J. Simpson’s was the most famous celebrity trial in history, there was the trial of the Menendez brothers; another case of Hollywood’s elite being charged with murder and being infamous by the media for it. In their case, the victims were their parents, who had been shot to death in the den of their beautiful home. The couple were both also shot in the knee caps to make it look like a Mafia-related hit. The brothers, who were 21 and 18 at the time, said they were out for a night at the cinema, while their parents stayed in to watch a movie themselves. After murdering them —for which they claimed self-defense (although the jury thought money was the motive)– they called the police. But what many people may not know is that the police were negligent by breaking protocol. Both Lyle and Erik’s performance as grieving kids was so convincing (Erik was in the fetal position crying) that the police didn’t bother to test them for gun shot residue. That forensic evidence would have been very helpful in the case and the police would have caught them much sooner. It was the brothers’ idea to place the blame on the Mafia and shooting their knee caps helped sell the story.

Who is Lyle Menendez’s Wife?

Lyle Menendez’s ex-wife is Anna Eriksson, a pen-pal whom he married from 1996 to 2001. The couple split because Eriksson discovered Lyle had been “cheating” on her by writing to another woman. His second wife is Rebecca Sneed, a magazine editor from Sacramento, whom he married in 2003.

Where is Lyle Menendez Today?

Many are wondering where Lyle is today, after what he and his brother did to their parents. He’s currently spending a life sentence (without parole) in California’s Mule Creek State Prison. He and Erik are in different prisons and haven’t spoken to each other in years, but they do exchange letters.

Ahead of an ABC program that aired in January, titled Truth and Lies: The Menendez Brothers, Lyle, 49, spoke about the crime and prison.

“I am the kid that did kill his parents, and no river of tears has changed that, and no amount of regret has changed it,” he explained. “I accept that. You are often defined by a few moments of your life, but that’s not who you are in your life, you know. Your life is your totality of it.… You can’t change it. You just — you’re stuck with the decisions you made.”

This was a case that shook the nation, and it was Erik who eventually caved first. He confessed the murders to his therapist, Dr. Oziel, who was then threatened by Lyle to keep his mouth shut. This broke the confidentiality agreement between doctor and patient, and Erik and Lyle were subsequently arrested once the truth came out. They are both serving life sentences behind bars, without the possibility of parole.

But how is Lyle dealing with his demons and the actions he took against his parents? He seems at peace and admits he’s accepted what he’s done. Many have debated if Lyle and Erik were vindicated in taking the lives of their parents for their father’s heinous abuse, and the original trial resulted in deadlocked juries.

“My life is a struggle not to be defined by what happened,” said Lyle. “I’m at peace with my life growing up. I’m at peace with it because I’ve just sort of accepted [that] it’s OK not to understand.”