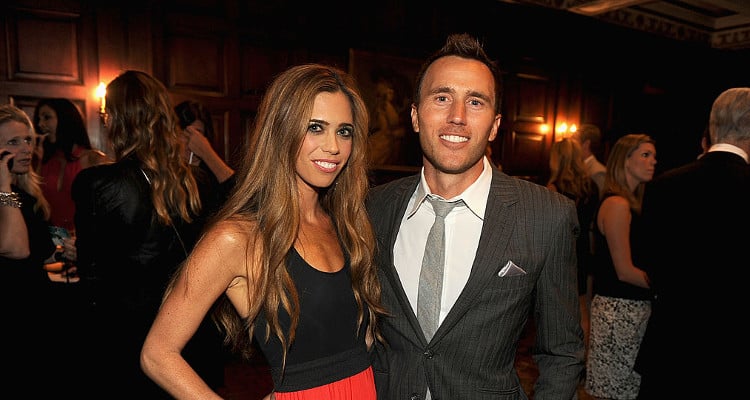 Doug McLaughlin is a successful entrepreneur, who is in support of his wife’s decision to rejoin the cast of The Real Housewives of Orange County. With a cool net worth of $15.0 million and lots of creative ideas, McLaughlin is all set to make his dreams come true.

Four years after leaving The Real Housewives of Orange County, Lydia McLaughlin is back! She quit after just one season, and many fans thought it was a mistake. However, McLaughlin feels that the time is right for her to come back saying, “It was actually really hard to decide to leave. I just felt like my kids were really young and I wanted to have another kid close in age to them. And so it was the right decision for my family, but it was hard.” After Lydia McLaughlin’s husband, Doug McLaughlin, said he supported her decision, she is now back on the show. So, what have Lydia McLaughlin and Doug McLaughlin been up to these past four years? Read on!

The Kids are Top Priority

Though Doug McLaughlin’s exact age is not known, he is believed to be in his late 30’s. His wife is the granddaughter of media baron Geoff Stirling, who founded NTV, the first 24-hour television station in Canada. McLaughlin lives in Newport Beach with his family, who gets top priority in his life. Doug McLaughlin’s kids —Stirling, Maverick, and Roman— are the center of their parent’s world. Lydia McLaughlin took a break from Real Housewives of Orange County to give birth to and raise baby Roman. Now that he has grown up a bit, she has decided to return to the show.

Doug McLaughlin is a Laguna Beach-based web designer and art gallery owner, who is very passionate about his work. He and his wife got together to create a new high-end men’s magazine called Nobleman. Lydia McLaughlin described the experience saying, “I think that’s a really interesting kind of story to follow, the two of us really going out, and taking a risk, and starting a magazine, working together, just the two of us to fulfill our dreams.” Doug McLaughlin encouraged Lydia to go back on the show with a new perception. “This time around; I was just more free with it. I think if you do a reality show, you really have to trust the production and trust that your story will get told,” she explained.

Lydia and Doug McLaughlin’s net worth is approximately $15.0 million each, giving them the opportunity to live the good life. The couple co-own several businesses, including the Skylab Modern Art gallery and the Skylab Media Group. Skylab Media is a full-service creative agency that is involved in online marketing, web design, and video production, among others. The couple is involved in philanthropy as well and donates at least 20% of their gallery earnings to their favorite charities. With plenty of creative new ideas and a supportive wife by his side, Doug McLaughlin has a very happy life! (Always remember: Happy wife, happy life!)

Ready for a great week. I actually love Monday’s. #getgoing