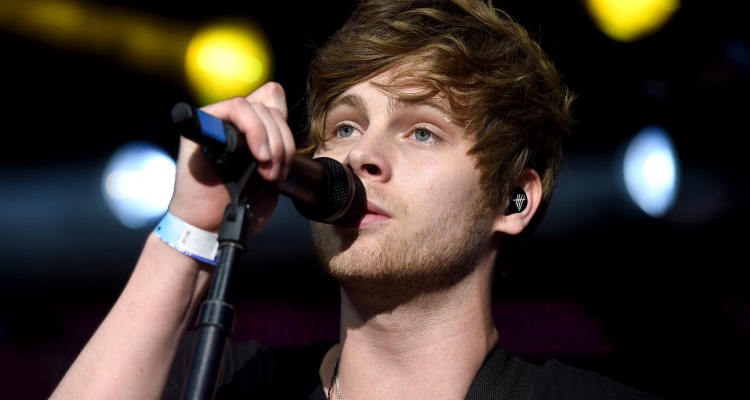 Have you heard anything about 5 Seconds of Summer’s front man, Luke Hemmings? If you’ve been wondering what the young guitarist is up to, then don’t worry, because we have just what you need! Whether it’s Luke Hemmings’ age, Luke Hemmings’ girlfriend or Luke Hemmings’ height—we’ve got you covered on all the important Luke Hemmings facts!

Luke Hemmings was born on July 16, 1996 in Sydney Australia to parents Liz and Andrew. He is one of three children and has two brothers named Jack and Ben. Luke is the front man of the pop-punk band, 5 Seconds of Summer, as well as a guitarist. The band was formed when Luke started posting videos to YouTube. Now, it seems fans can’t go 5 seconds without following Luke Hemmings’ Facebook or Luke Hemmings’ Twitter!

The Band wasn’t a Hit Back Home at First

The bands members, including Hemmings, guitarist Michael Clifford, bassist Calum Hood and drummer Ashton Irwin, weren’t as big back home as they are now. Now that the band is a huge hit with songs like “Don’t Stop” and “Amnesia,” Australian fans are showing nothing but love for them. Sometimes all it takes is that one hit single, and it looks like the boys finally made it happen for themselves! Keep your ear to the ground for the next big thing from 5SOS, because we have a feeling these guys are going to be huge!

They Don’t Care if You Put Them Down

Hemmings (tattooed and standing at six-foot-three) along with his band members, doesn’t care if anyone puts them down. The band (also referred to as baby Blink-182) are adored by fans, but stay true to themselves whenever a wave of haters comes along.

“Some people think, ‘Oh, they’re just another boy band. They’ll have a thing and then disappear,’” said Irwin in a Billboard interview. “But we’re challenging that thought. We’re so proud of the music we make — we love it — and we’re fearless. If anyone puts us down, we don’t care. Isn’t that somewhat punk — not giving a damn what people say?”

Irwin went on to add that, “People get confused because we’re young and we have a female fan base.” It’s true that the ladies simply love these guys, and even more have been going crazy for Hemmings. Fervent admirers freaked out on Twitter recently when he was photographed chatting with an unknown woman. “But so did Fall Out Boy. Pete Wentz was the Justin Bieber of 2007. Girls loved him, they obsessed over him,” said Irwin.

well, when it come to Hemmings, it looks like the “She Looks So Perfect” singer is here to stay and doesn’t have time to care what anyone thinks. It’s true, there are countless bands that fade away after being one-hit wonders. But when the hits keep coming, it’s a different story! With hits like “Amnesia” and “Good Girls,” the boys of 5 Seconds to Summer are sure to last longer than the name of their band! 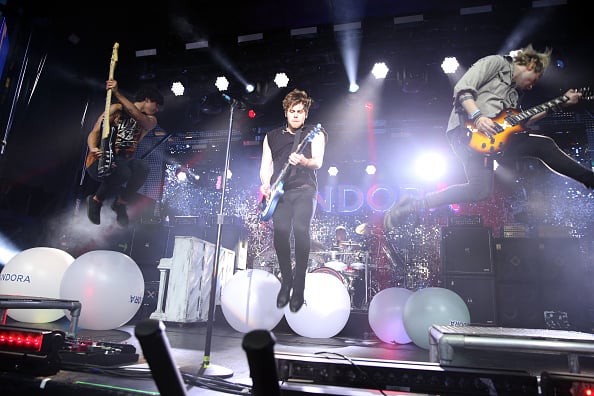 Who is Luke Hemmings Dating?

When it comes to 5SOS’ Luke Hemmings, we aren’t surprised that the 20-year-old singer has a leading lady in his life! Despite rumors of a recent breakup, Hemmings has been dating and is still with his girlfriend, Arzaylea. The pair recently professed their love for each other on Luke Hemmings’ Instagram on Valentine’s Day. How cute!

The post read: “Happy Valentine’s Day to my best friend and partner in crime. Thanks for loving and letting me squish your face.”

Clifford and Hemmings were also seen with their respective girlfriends at an after-party during this year’s Grammys. Valentine’s Day was two weeks ago and the Valentine’s Day post is the last digital trace of Hemmings and Arzaylea’s relationship. Some have been adding fuel to the fire by starting rumors about a pending break up, since the couple haven’t posted anything to either of their Instagram accounts in weeks. It sounds strange, but it could also be that they’re in different parts of the world. Either way, fans want answers!

After selling out multiple arenas, album copies and high-ranking collaborations, Hemmings net worth is reportedly $2.5 million. With all those legions of screaming fans, one would think that the hit band was rolling in it. But despite having singles soar to the top of the charts in 40 countries, the band isn’t making it rain. And even though their tours have sold out in under five minutes, their money situation hasn’t improved as much as many would think.

In a Daily Mail interview, Luke explained: “People don’t buy as much music as they used to, it’s very hard to break through. You have to be quite big.”

It’s a hard time for the music and entertainment industry, especially if you’re a new addition to the scene. The Internet has changed the way people listen to music and unless you’re a big star like Drake, One Direction, Beyoncé or Rihanna, it can be hard to swim in a pile money. Here’s hoping that things change for the better and that we see much more of 5 Second of Summer!