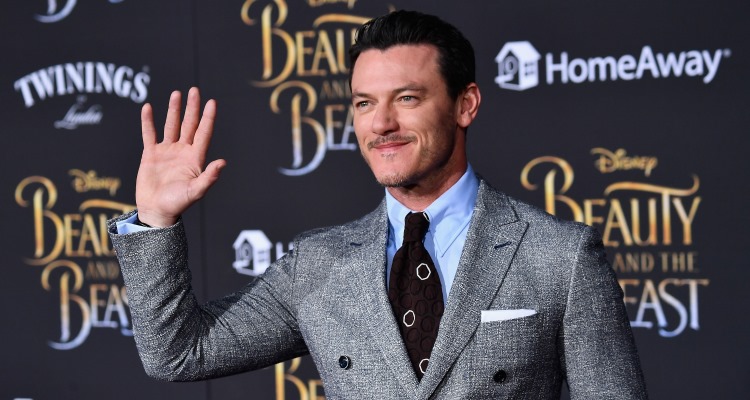 If you haven’t heard of Luke Evans’ new movie for 2017, then it’s time to get out from that rock you’ve been living under! The British actor is playing the role of Gaston, the villain in the highly anticipated Disney fairy tale remake, Beauty and the Beast. Playing the bad guy in the live-action Disney remake isn’t the only thing the 37-year-old is working on. Fans of the actor will get the full list of Luke Evans new movies right here!

Of all the movies releasing in 2017, Disney’s remake of Beauty and the Beast is at the top of Luke Evans’ upcoming movies in 2017. Movie buffs everywhere have a lot to look forward to with all the new movies in 2017, and clearly, the one most highly anticipated for this month is Beauty and the Beast! If you’re a fan of the new Gaston, then have a look at Luke Evans’ upcoming movies.

Beauty and the Beast

The moment all Disney fans have been waiting for is almost here: A live-action remake of the hit Disney classic, Beauty and the Beast! How many of you can still imagine the opening scene of the Beast’s castle (pre-curse) behind the forest, with that perfect melody? Well, now is your chance to see the magic live and with an A-list cast, led by the film’s leading lady, Emma Watson, as Belle! Evans is no stranger to playing a villain and he’s really good at it, too. Does anyone remember him as the resident bad guy, Owen Shaw in Fast and the Furious 6? His character’s tragic end is what led to his brother’s vendetta in Fast and the Furious 7.

Now, fans get to see Evans portray the manliest guy in the Disney universe, who also happens to be corrupt, conceited and—for lack of a better term—evil. Belle put it best: “He’s handsome alright. And rude and conceited.” Gaston was the villain you either loved or hated and when the film was first released in 1991, he may have been great to laugh at. But in the reality of 2017, Gaston is not the man you want your kids around, ever! With lines like, “The whole town is talking, it’s not right for a woman to read. Soon she gets ideas, starts thinking…” it’s undeniable his thoughts on what a woman should and shouldn’t do. He only wants a trophy wife, who will raise as many as six kids and rub his feet. And during that time period, feet were the last thing you wanted a closer look at!

Yes, the man is “positively prime evil,” as Belle put it and when he’s not harassing Belle to marry him or trying to have her father committed to an insane asylum, he’s literally stabbing her true love in the back! Many have only seen the sneak peeks and trailers online, but from what has been shown so far, one thing is clear: Luke Evans makes a great Gaston! No, he can’t eat as many eggs as Gaston, grow hair like Gaston, or shoot like Gaston, but he can definitely act like Gaston! 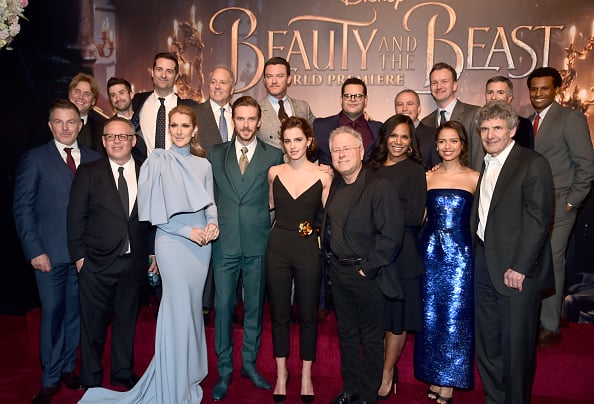 It was only a matter of time before Beauty and the Beast got the 3-D treatment from the studio, as well. After the commercial success of Maleficent, The Jungle Book and Cinderella, it’s clear that Disney is digging back into their vault and pulling out their best works to remake. Could The Little Mermaid or Aladdin be next? We can only hope, but for now, watch Evans in Beauty and the Beast on Friday March 17!

His next project is a TNT TV series that stars Evans as crime reporter, John Moore, who meets with a psychologist named Dr. Laszlo Kreizler (played by Daniel Bruhl) to investigate a serial killer in late 19th Century New York. The TV show is based on the world-wide, best-selling novel by Caleb Carr. The Alienist is set in the Gilded Age in 1896, in a time of great wealth, poverty and technological progress. When a series of gruesome murders haunt New York City, newly chosen Police Commissioner, Theodore Roosevelt calls on a criminal psychologist (aka alienist) and a crime reporter to investigate the murders in secret. They are helped by a handful of others, such as Roosevelt’s young staff secretary, Sara Howard (played by Dakota Fanning) who plans on becoming NYC’s first female police detective. Using science and detective skills, the band of outcasts manage to find one of the city’s first serial killers.

Bruhl’s Dr. Kreizler is known as an alienist, one who studies mental pathologies and works as a specialist in deviant behavior. His devotion to his work makes him unwanted in most, if not all, social circles in New York, despite his good looks and sophistication.

Evans’ Moore is easy-going, often distracted and works for The New York Times. He is asked to work on the case and in the process, learns some hard truths about himself. The Alienist is set to air sometime late this year.

Evans stars in this indie drama as a corrupt owner and operator of the mysterious club, Lebellfleur, a secret high-class gentlemen’s club that a woman thinks holds the answers to her husband’s death. State Like Sleep is in post-production and will be released sometime this year. 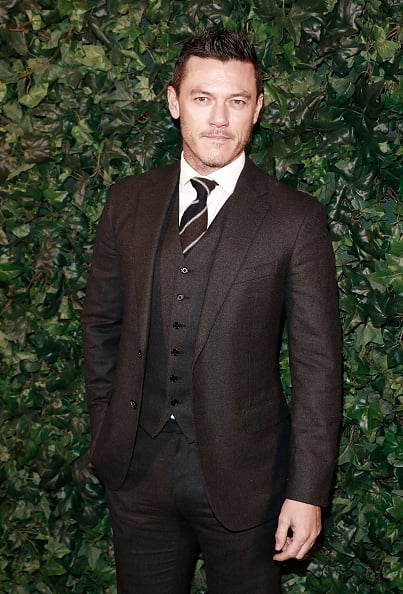 Professor Marston and the Wonder Woman

It looks like 2017 belongs to Wonder Woman, and there’s no stopping the Amazon princess! Evans and Iron Man 3 actress, Rebecca Hall will star in Professor Marston and the Wonder Woman. It surrounds the true story of Dr. William Moulton Marston (Evans), who is a Harvard psychologist and inventor who helped create the lie detector test and created Wonder Woman in 1941; his wife, fellow psychologist, Elizabeth (Hall); and their polyamorous relationship with Olive Byrne, a former student and academic. Chicago Med. actor, Oliver Platt plays M.C. Gaines, the hot-tempered editor at Sensation Comics, who discovered Superman. The film is in post-production, with no reported release date at this time.

In 10×10, Evans plays Lewis, a seemingly regular man who hides one purpose underneath his average persona; revenge. And at the center of his revenge is Cathy, played by Kelly Reilly. In this cat-and-mouse thriller, Evans Lewis kidnaps Cathy in broad daylight and takes her to his place, where he built a soundproof room, measuring 10 feet by 10 feet. As he begins to try and uncover a dark secret form her, it becomes known that Cathy is a threatening match for her kidnapper. The film is currently in production.

With roles like these, it’s only a matter of time before Evans is getting more than his share of A-list roles than he will know what to do with! Is there such a thing as too many options in Hollywood? Never!