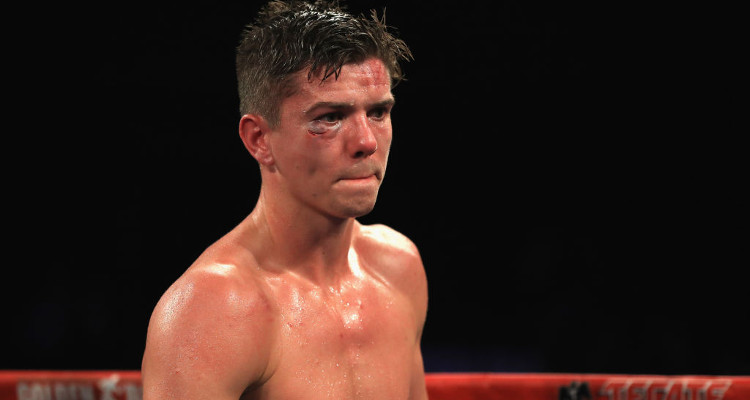 Pro boxer Luke Campbell recently suffered two big losses. The British fighter was defeated in a match against Jorge Linares on Saturday night, and it has caused people to wonder what other losses, professional or personal, the boxer has faced. Keep reading our Luke Campbell wiki to find out.

Luke Campbell revealed the heartbreaking reason that kept him going through the fight last weekend. According to reports, he was secretly mourning the death of his father two weeks earlier. Campbell’s father, Bernard, was battling cancer for three years, and passed away in his home at the age of 58. Why did Campbell keep such devastating news to himself? Reports say he held back the news to prevent his opponent, Jorge Linares, from finding weakness in him before the fight. The past few weeks have been a real struggle for Campbell, “I probably cried once a day,” he said. “I had to try and shut feelings off. After the right I had a good cry.” He continued to say that if news got out he would have denied it because he didn’t want Linares’ team to think it was a weakness for him. “I didn’t want them thinking I was hurt. The only thing that kept me going is I know what my dad would have wanted for me. To fight and to win.” In spite of his loss, Campbell made a great effort, and now fans want to learn more about him.

In addition to his success as a boxer, Campbell is also an Olympic gold medalist. Two years ago, Luke Campbell, Lynsey Kraanen, and their kids signed on with modelling agency MOT Models. Luke Campbell’s age is 28, and he and his wife have two sons: Leo and Lincoln. The agency was happy to have the family join them, saying, “It’s great to to have Luke Campbell’s family on board. This genuinely athletic and fitness-focused family will be in massive demand for campaigns leading up to the 2016 Olympic Games in Rio de Janeiro.”

But what about his beautiful wife? Luke Campbell’s wife, who models under her maiden name Kraanen, has had shoots in Milan, Barbados, and Malaga. Lynsey Kraanen was first spotted as a model at the young age of 17. She also appeared on All Star Mr & Mrs with her husband, while he participated in Dancing on Ice after triumphing at the Olympics.

Although Campbell has been having a difficult time recently with the loss of his father, he has a lot to be proud of. Check out Luke Campbell’s Instagram to see some heartwarming pictures of him and his father.

The past couple of weeks have been extremely tough, I hope I made my dad proud. all the support means the world to me I wouldn't of pushed myself if it wasn't for the fans and family, friends. Thank you all so much for such kind words.

Campbell’s net worth is currently unknown, but considering his success as a professional boxer and Olympic champion, he may be very well off. Adding his family’s modeling career on top of it may bring that number even higher! Check out the highlight video below to get a better look at the match.