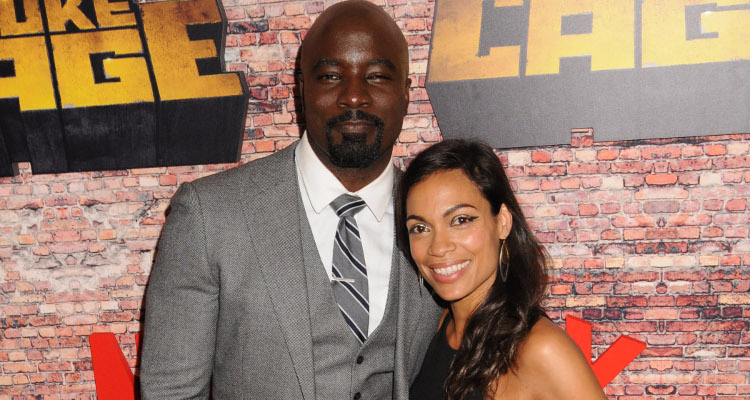 Marvel has brought to life another one of its Marvel-ous creations! Luke Cage of the Marvel comic book franchise is going to premiere today on Netflix. The series is part of the Marvel Cinematic Universe and will ultimately lead to a gigantic Defenders crossover. Mike Colton, who will play the superhero, Luke Cage in the live-action Netflix series was first introduced in Jessica Jones, of the same franchise. With the hype building on the next Marvel series, many are curious about the latest superhero, Luke Cage. Well, you’re in luck. We have all you need to know about the new Marvel hero, including his super powers, his weaknesses and how he got those powers!

Luke Cage will be available on Netflix today, September 30 at 3:01 a.m. EST. You can watch all 13 episodes right there on Netflix.

Here are some interesting facts about the superhero Luke Cage.

Who is Luke Cage?

Luke Cage, also known as Power Man, was first introduced in the 1972 Marvel comic, Luke Cage, Hero for Hire #1. The original character was created by Archie Goodwin, John Romita, Sr. and George Tuska. In the comic book universe, he frequently teams up with the other Marvel hero, Iron Fist. He’s also shown to be married to Jessica Jones, another Marvel character that received a live-action recreation, as well. Luke cage was born as Carl Lucas. He spent his youth in a New York Gang, where he committed petty crimes for a mobster and was in and out of juvenile homes. When he realizes his criminal lifestyle is hurting his family, he turns over a new leaf. But his rival frames him and sends him to prison. There, Lucas’ brother James (who resents him) intercepts Lucas’ letters to his father from prison and they never reach him, eventually making their father and Lucas think the other is dead.

How He Got His Powers

When James makes Lucas think that their father is dead, Lucas’ emotions spiral out of control. He looks for trouble while in prison, which causes his transfer to a stricter facility. While he deals with a sadistic prison guard named Rackham, he comes across a research scientist named Dr. Noah Burstein. Burstein recruits Lucas in his experiment for cell-regeneration. It’s a variant of the experiment on another Marvel superhero, War Hawk. When Burstein momentarily leaves Lucas in the middle of the experiment, Rackham attempts to sabotage the experiment. He holds a grudge against Lucas for his demotion and hopes to kill or maim Lucas. However, Rackham’s interference causes Lucas’ treatment to go beyond the intended limits and gives him superhuman abilities. He uses his new powers to escape from prison and travel to New York, where he gets inspired to make a profit from his powers. This way, he became Luke Cage, a Hero for Hire, helping anyone for a price!

What is Luke Cage’s Powers?

Because of Rackham sabotaging Burstein’s experiment, Luke Cage gained superhuman strength and stamina, as well as extremely dense skin and muscle tissue, which render him practically bulletproof. His skin can resist bullets, puncture wounds, corrosives, biological attacks, extreme temperatures and pressures, without sustaining any real damage to his body. He was exposed to the cell-regeneration experiment a second time, which enhanced his strength and durability and also gave him a faster-than-normal recovery rate. Complementing his superhuman abilities is his experience as a street fighter. He also learned martial arts under his friend, Iron Fist’s instruction. The jacket he was wearing at the time of his second experiment becomes as durable as him. Cage is not resistant to adamantium (a fictional metal in the Marvel universe), making Marvel-buffs theorize that Wolverine can take down Cage.

Cage has collaborated with numerous Marvel comic book heroes, including The Fantastic Four and Iron Man. He joined the super-team, The Defenders, but felt his involvement with the team was affecting his Hero-For-Hire job. Fortunately, every super team has a Bruce Wayne/Batman among them. Wealthy superhero a, Nighthawk gave Cage a regular paycheck for his work with the Defenders. However, Cage finds that money is not the only issue. He couldn’t adapt to the bizarre exploits of the team, which was unlike his solo job of taking down conventional criminals. Eventually, he departs from the Defenders. He later partners with martial artist hero, Iron Fist and they enjoy great success in the Hero-for-hire business.

Cage is shown to be very attracted to Jones, who has powers similar to his own. He has a drunken one-night-stand with Jones, resulting in Jones’ pregnancy. When Jessica is attacked by the green Goblin, Cage teams up with Spider-Man to take him down. In the latest development of the series, Cage joins The Avengers and he and Jessica get married. They have a daughter, Danielle Cage.

You can catch all 13 episodes of Marvel’s Luke Cage on Netflix tonight at 3.01 a.m. EST. Here’s a trailer to get you excited for the new superhero action!

Justice may be blind, but tomorrow it becomes unbreakable. #LukeCage pic.twitter.com/srR5H7FskR