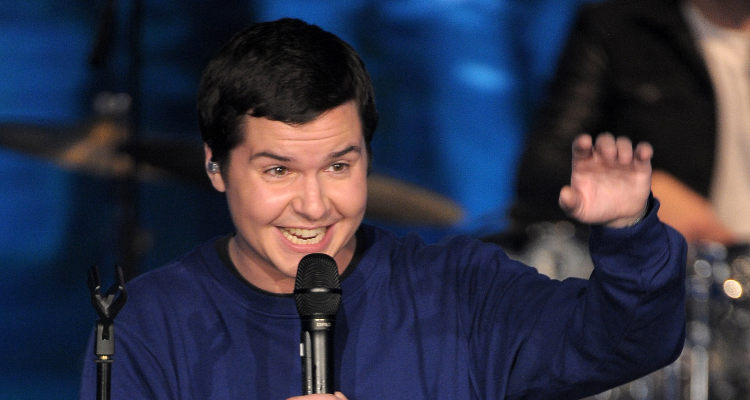 Known as Lukas Forchhammer, he was born on September 18, 1988. Lukas spent most of his childhood in an alternative community known as Freetown, Christiana, located in the center of Copenhagen, Denmark. He was fond of singing as a child and ended up joining the Copenhagen Boys’ choir. He developed a liking towards classical music and also became a classically trained singer. His father belonged to the Irish community, and Lukas was fascinated with his father’s Irish roots. He died in 2012, which is why if you listen to the lyrics of “7 Years,” you can see where Lukas got the inspiration behind the emotional chart topper. In an interview, Lukas Graham stated, “It’s like my father died at exactly the right moment – and I know that’s something I shouldn’t say, but I just did! If my dad hadn’t died in 2012 I wouldn’t have written our song “Happy Home,” which catapulted us into a Scandinavian success story. I wouldn’t have written 7 Years, which got us signed to a publisher in America and ultimately signed to Warner Bros.”

This is @awesomekate She signed us in America and we are very grateful! Thank you mama Kate

Lukas’ grandfather was from Wicklow in Ireland and his father was Irish, therefore, Lukas spent half of his childhood in Ireland. He stayed in Buenos Aires for six months, but later shifted to Christiania in the year 2010.

If you are not aware, Lukas’ is also known as “The Duke”. Who gave him this nickname? Nobody knows, but everybody in the band calls him “The Duke!”

Hippie children at heart! Barefoot at the @iheartradio pool party in Miami

He is the lead singer of the famous band Lukas Graham. The band was formed in 2011 in Denmark and initially they uploaded home videos of the songs, “Drunk in the Morning” and “Criminal Minds.” The band comprises of three more people, drummer Mark Falgren, keyboardist Morten Ristorp, and bassist Magnus Larrson. Lukas Graham’s “7 Years” and Lukas Graham’s “Funeral” have quickly climbed up the charts and fans are totally gaga over these songs. His latest song “Funeral” feature Lukas  singing about his own funeral, which is quite intense to be honest.

This song is from their second album Lukas Graham (Blue Album). Although, the song was released last year in December, it is still sitting on number 2 in the U.S. Top charts. This song is about his life and what he plans to do in the future. If you listen to the lyrics, Lukas Graham caps the age at 60 (“Once I was 60 years old”) because his father passed away at 61 years old. In an interview he said, “It’s a song about growing older. I’m also coming to a realization that being a father is the most important thing. My biggest dream is not to be some negative old dude, but to have my kids’ friends say, ‘You’re going to visit your dad? Say hi! He’s awesome.’ I had a perfect father.”

When Lukas was 12-years-old, he had a dream that he would either be a lawyer or a pop star, two very different career choices. He decided to pursue law and was interested in music rights, however, when his music career began to take off, he decided to ditch law and follow his dream of becoming a pop star.

Although he is a pop singer, he absolutely loves rap music too. He is a huge of Dr. Dre and Tupac. In one of his interviews he said, “Dr. Dre’s 2001 changed my life.” He is also a huge Snoop Dogg fan, as well!