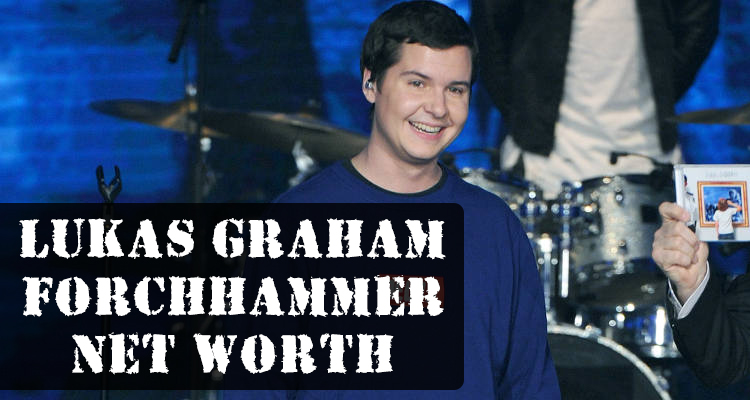 Ever since the song “7 Years” has ranked no.2 in the U.S. top charts, people cannot stop searching about the band and the lead singer, Lukas Graham Forchhammer.

If you ever wonder, “how rich is Lukas Graham Forchhammer,” then let us tell you his net worth is 10.0 million! Not bad for the budding superstar!

The Making of Lukas Graham Forchhammer

He is also known as Lukas Forchhammer. He was born on September 18, 1988. He mostly spent his childhood in a small community known as Freetown Christiana located right in the center of Copenhagen, Denmark. He was fond of singing since his childhood days, and ended up joining the Copenhagen Boys’ choir. His mother was also a music teacher and Lukas is trained as a classical singer. His father belonged to the Irish community, and Lukas was always fascinated with his father’s Irish roots. He also has had heavy influences of country music and hip hop style. For those who are not aware, Lukas Forchhammer’s nickname is “The Duke.” If you haven’t heard any of Lukas Graham Forchhammer’s songs, then we suggest you listen to top ten songs of Lukas Graham.

Making of His Band, Lukas Graham

He is the lead singer of the famous band Lukas Graham. The band started in the year 2011 and was formed in Denmark. Initially, the four guys in the band uploaded home videos of two songs called “Drunk in the Morning” and “Criminal Minds.” The band comprises of three more people; drummer Mark Falgren, keyboardist Morten Ristorp, and bassist Magnus Larrson. They have produced albums such as, Lukas Graham and Then We Take The World. Their hit single “7 Years” received rave reviews among fans. The song is about his life and what he plans to do in the future. The song discusses life until the the age sixty, because his father passed away in 2012, at the age of 61. In an interview he said, “It’s a song about growing older. I’m also coming to a realization that being a father is the most important thing. My biggest dream is not to be some negative old dude, but to have my kids’ friends say, ‘You’re going to visit your dad? Say hi! He’s awesome.’ I had a perfect father.”

Their music style is defined as a pop-hybrid mix. Although they write and sing pop songs, Lukas is also a huge fan of rap music and he is inspired by Dr. Dre and Tupac.

Since Lukas seems to have become an overnight celebrity, people have been asking him questions relating to the 2016 election and of course Donald Trump. In one of the interviews, he was asked his opinion about Donald Trump and he said, “My mom told me I’m can’t answer questions about him, because the 50 percent of Americans who will vote for him will hate me, so I’m going to listen to my mom.” Even though he did it indirectly, he did give us a hint about what he thinks about Donald Trump.

Well, with a net worth of 10.0 million and several albums certified platinum, we are sure his net worth will gradually increase over the years. We just hope he keeps producing so more amazing songs!