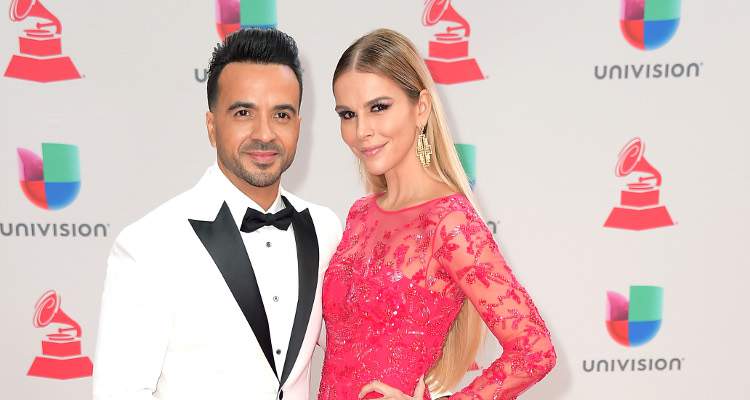 The Latin Grammy Awards kicked off on Wednesday night, and it was “Despacito” all the way! Luis Fonsi, the star behind the hit number featuring Daddy Yankee, picked up four awards, including Record and Song of the Year! Music fans can’t get enough of Fonsi’s soulful vocals and want to know everything about the Latin American singer and his wife, Agueda Lopez.

With over 4.3 billion views, Luis Fonsi’s “Despacito” is the most viewed music video on YouTube. Fonsi later collaborated with Justin Bieber to get the song on the U.S. Billboard Hot 100 in May this year, and boy did The Biebs deliver! The singer’s big win at the Latin Grammys has everyone talking about him and his beautiful wife, Agueda Lopez.

So, who is Agueda Lopez? She may be a model, but there is more to her than just a pretty face. We’ve got the scoop on Luis Fonsi’s wife in our Agueda Lopez wiki.

The Model from Spain

Born on August 21, 1981, in Cordoba, Spain, Agueda Lopez’s age is 36. She loved performing on stage from an early age and took classical dance lessons until she was 13 years old.

Although she studied journalism, Lopez decided to go into modeling instead. Her ticket to fame was a win at a beauty contest in Spain at the age of 19. She went on to reach the final round in the Miss Espana beauty competition in 2000, which got the attention of bigwigs in the modeling industry.

She was seen on a Spanish reality show called Nuestra Belleza Latina in 2014, and helped mentor contestants in a photoshoot on the beauty competition.

The model also appeared on a couple of Spanish television shows in America. She was a co-host on Show Business Extra on VME in 2013. But before that, Lopez hosted a segment called “Mom to the Rescue” on Univision’s Despierta América.

Luis Fonsi and Agueda Lopez got married in September 2014. The couple has two children together. Their daughter Mikaela is almost six years old, and son Rocco was born in December 2016.

Fonsi is a great supporter of his wife’s ventures. In a 2013 interview for the Spanish edition of People magazine, she explained how Fonsi encouraged her in her television stint saying, “He advises me a lot. He is a very bold critic of mine, but he helps me and respects me and pushes me to do things.”

Agueda Lopez’s social media accounts have gorgeous pictures of her with husband and family. The Fonsi-Lopez family is a major contender for #FamilyGoals!

You can tell that Lopez enjoys being a mom. From spending time at Disney World to just hanging out with her kids, this gorgeous mom shows us all how it’s done!

You don’t have to look much further that her social media pages to see Agueda Lopez’ hot pics. The model’s Instagram account is filled with her stunning pictures! She looks unbelievable —especially for having two kids!

This is how we do it down in Puerto Rico ?? ?? @lemeninaboutique #SummerVibes

She is also raising funds for Puerto Ricans affected by Hurricane Maria. On her Instagram page, Lopez posted pictures of what she and Fonsi are doing to help the people on the island. It looks like Agueda Lopez’s kids like to help out, too!

Lopez also shared the link to a fundraiser started by Luis Fonsi. Over $40,000 has been collected already, but there is still a long way to go to meet their target of $200,000. The couple has a special connection to the country as it is Fonsi’s home.

Fonsi and Lopez looked absolutely breathtaking on the red carpet at last night’s Latin Grammys —and what a great night it turned out to be for the singer!

Both Luis Fonsi and Agueda Lopez are celebrities in their own right, and we admire how they fully support each other. With last night’s huge win, the Fonsi-Lopez family continue to taste success and we cannot be happier for them!