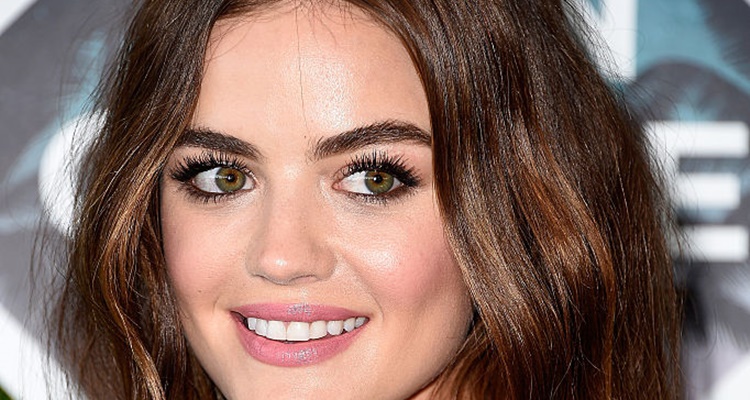 Pretty Little Liars wrapped up filming, after seven intriguing seasons. Lucy Hale is one of the original cast members, who has been tormented by “A” throughout the series. Here are some interesting facts about her.

After seven seasons of intrigue, mystery, and drama, Pretty Little Liars wrapped up filming its final season, and the cast and crew were definitely emotional. Lucy Hale, who plays Aria Montgomery in the drama, is one of the original little liars. She took to her Twitter and Instagram to post about her bittersweet feelings on bidding farewell to the show. Here are some interesting facts about the talented star in Lucy Hale’s wiki.

From the first episode (this photo) until now … goodbye Aria. You became a huge part of my life and a part of my identity in a way. I’ll miss you , your wacky wardrobe, your ability to do anything for love and your friends. Forever in my heart!!

1) Her Real Name is not Lucy

Hale was born Karen Lucille Hale. She was named after her great-grandmother but went by her middle name. Early in career, she was credited as Lucy Kate Hale.

Hale was born in Tennessee to Julie Knight and Preston Hale. She has an older sister, Maggie, a stepsister named Kirby, and a stepbrother named Wes. Much like her character on the show, Hale has a love for photography.

2) Singing is Her First Love

Hale took acting and singing lessons as a child but always preferred to sing. Her early musical influences were Shania Twain and Faith Hill but what really made an impact on her was Britney Spears’ “…Baby, One More Time.” When she was 15, she moved to L.A. with the hopes of securing a record deal. In 2003, she auditioned for American Juniors, an American Idol spin-off, and was part of the five-member band formed out of the top five contestants of the show. The band disbanded within two years due to low sales.

After minor roles in several television dramas and films, she got her big break in Pretty Little Liars. She was cast as the lead in A Cinderella Story: Once Upon a Song in 2011, where she sang and acted alongside Freddie Stroma.

In 2012, she signed a record deal with Hollywood Records and began working on a country album. In January 2014, she released her debut single, “You Sound Good To Me” and followed it with her debut album, Road Between.

3) She has Unusual Interests

Hale had braces as a child, which is what she attributes to her strong fascination with teeth. In an interview with US Weekly, she said that “I’m obsessed with teeth. I have teeth crushes on people.” She also believes in ghosts, and is interested in the paranormal phenomena.

Her favorite show is Bizarre Foods With Andrew Zimmern, her favorite city is Vancouver, and flying is difficult for her because she’s afraid of heights. She has a total of eight ear piercings and wants to dye her hair a “crazy” color. She also likes eyebrows, hummus, and musicians.

4) She had a Crush on One of Her PLL Castmates

Hale said in an interview that she had a crush on one of her castmates from Pretty Little Liars and it’s “not who you think.” She remains tightlipped about the Pretty Little Liar star she was crushing on, but she did say that her song “Lie a Little Better” is about that experience.

5) She Hosted an Episode of Punk’d

Hale showed that she’s just as fun as she seems, when she hosted an episode of Punk’d. Her victims were Vanessa Hudgens, Josh Hutcherson, and co-star, Ian Harding. She was one of the many celebrity hosts when the hit MTV show made a comeback.

She made Hudgens ditch her plans to help fix a parade float, had police chase after Hutcherson for suspected sabotage, and tried to get Harding to deface a billboard. But Harding turned the tables on Hale when he threw her under the bus to the fake cops!