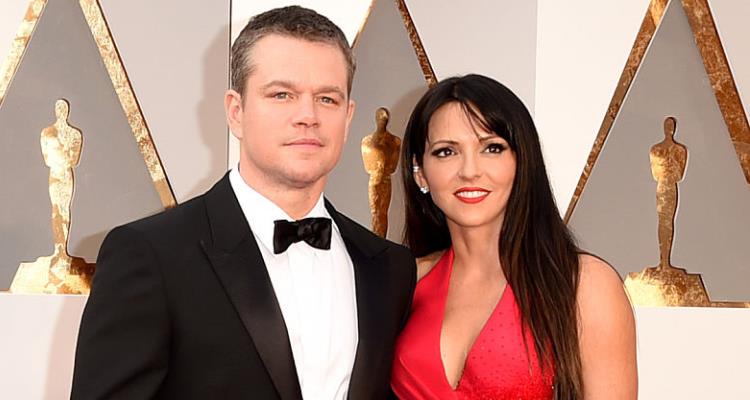 Luciana Barroso is the Argentine beauty commonly seen on the arm of critically acclaimed actor, Matt Damon. Barroso keeps a pretty low profile considering how famous her husband is. However, we’ve done some digging and have uncovered some pretty interesting facts about this wife and mother. To find out more about Matt Damon’s wife, take a look at our Luciana Barroso wiki.

Luciana Barroso and Matt Damon are somewhat of an anomaly in Hollywood—they’ve managed to stay married for over a decade, which is pretty rare in Tinseltown! The pair met when Damon was in Miami shooting Stuck on You. While still shooting, the crew dragged Matt out for a drink at a local bar—where Barroso just happened to be working that night. He spotted her across a crowded room, and the rest is history.

She was Previously Married

Before she met and married Matt, Luciana was married to a man named Arbello “Arby” Barroso. The pair had a daughter named Alexa in 1998, before calling it quits in 2004. It was an amicable split, and Arbello maintains a good relationship with both Matt and Luciana to this day. He told Star Magazine, “People have been hunting me down for years, offering me money and looking for a story. But I could be living in a tent, and I still wouldn’t sell them out. There is no story. Matt is a fantastic stepfather, and Luciana is a terrific mom. I couldn’t possibly have asked for a better stepfather for my daughter than Matt.”

Luciana Barroso’s kids range in age from 7 years old to 18 years old. As we’ve mentioned, she shares her eldest daughter, Alexa, with her ex-husband. She had her first daughter with Matt Damon, Isabella, in 2006. Two years later the couple welcomed another baby girl, Gia Zavala, and then two years after that they had another girl, named Gia Zavala. Well, Matt certainly has his hands full with all these daughters!

She Stays Out of the Spotlight

Luciana Barroso, age 41, manages to keep a very low profile, and in turn, keeps her husband out of the tabloids. The Paparazzi rarely goes after their family, and Damon credits that to his wife’s low-key “civilian” lifestyle. Being married to one of the world’s most famous actors, you’d think that she would have sat down for an interview with magazines for one of those “tell-all” interviews, but she simply keeps to herself. Instead of indulging the tabloids, she attends movie premieres and events, proudly on the arm of her husband. When they’re not at a red-carpet event, they’re often out and about with their four daughters.

Keeping in theme with her low-key attitude towards fame, she and Matt Damon decided to have a very modest wedding ceremony. They said “I do” inside New York’s City Hall, without telling many people—Damon’s people were specifically told to keep it “hush hush!”

While they agreed on a very quiet wedding ceremony, they also agreed on a more extravagant vow renewal down the line. They had a $600,000 celebration in 2013 in Saint Lucia with all of their family and friends. Damon’s close friend, Jimmy Kimmel, officiated the beautiful vow renewal ceremony.