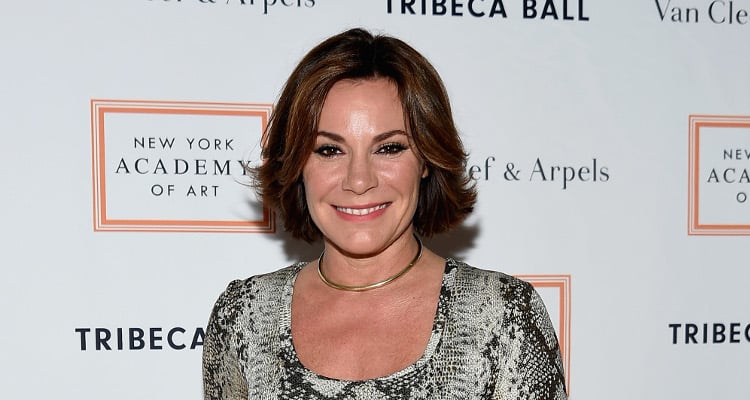 Luann De Lesseps finally took the plunge and got married to Tom D’Agostino Jr. Although the couple tied the knot on December 31, 2016, the wedding aired on The Real Housewives of New York City on Wednesday, June 14, 2017. If you want to know more about Luann De Lesseps’ husband and more details about her personal life, keep reading!

How old is Luann de Lesseps? The reality star was born on May 17, 1965, which means that she just turned 52 last month. She was raised in Berlin, Connecticut with her six sisters. Lesseps’ father is of Algonquin and French heritage, and had a construction company in the town she grew up in, while her mother is French Canadian. Though not much is known about her early life, it was revealed in RHONY Season 4 that Lesseps was the captain of her high school varsity softball team.

Shooting with @andrewwerner for the Countess Collection, available later this year. Can’t wait to share it with all of you! Hair and makeup by @marygordonbeauty

Before achieving fame as a star of The Real Housewives of New York City, she was a licensed practical nurse in Connecticut. Lesseps was also signed with the prestigious Wilhelmina Models. On Wednesday night’s episode of The Real Housewives of New York City, we got to see Lesseps wedding to Tom D’Agostino Jr. The couple walked down the aisle in front of 250 guests in Palm Beach, Florida, on December 31, 2016. Some of the cast members who attended Lesseps’ wedding include Kelly Bensimon, Jill Zarin, Marysol Patton, and Dorinda Medley. The glowing bride wore a floor-length V-neck dress by Randi Rahm.

Tune into an all new #Rhony now on @bravotv! ??? #wedding #sneakpeak

The wedding celebrations lasted three days, and Lesseps wore a different Rahm design for each one, “I’m wearing three dresses. I wanted to wear like something traditional to walk down the aisle, because Tom has never been married, so I wanted to be his bride. Then, for his birthday, so I was maybe going to sing a little something for him. And then for New Year’s Eve, I wanted to wear something really blingy and fun for New Year’s, so why not?” Talking about her marriage, Lesseps said, “I am a hopeless romantic. I have been looking to be in love and married again and for me Tom was like finding home again. I knew the first week that I met Tom that I was going to marry him. I feel really lucky that I have a man who loves me as much as he does.”

This is Lesseps second marriage. In 1993, she tied the knot with Count Alexandre de Lesseps, becoming his fourth wife. The couple has two kids: Noel and Victoria. However, their marriage came to an end in 2009, when her husband had told her he fell in love with someone else during their three-month separation. The woman is alleged to be Ethiopian Princess, Kemeria Abajobir Abajifar.

Luann De Lesseps is also a Writer and Singer

Cheers to starting this week off on the right foot. Another year older, and wiser – right? I think it's more important now than ever to take care of myself. I am 10 days into my @teamiblends 30 day program, and I have much more energy! I love coffee, but it gets my heart racing and not always the healthiest choice. Tea has so many nutritional benefits, I encourage you to try it. Use LUANN for 30% off your order! #thankyouteami #teamipartner

Besides being a reality TV star, Lesseps also wrote the book, Class with the Countess: How to Live with Elegance and Flair. In 2010, she released her first song, “Money Can’t Buy You Class” shortly followed by second single, “Chic, C’est La Vie” in 2011. In 2015, Lesseps released her third single, “Girl Code.”

Loving my #VengefulBitches tank from @beguiledmovie! I can't wait to see #TheBeguiled on June 30th! ?