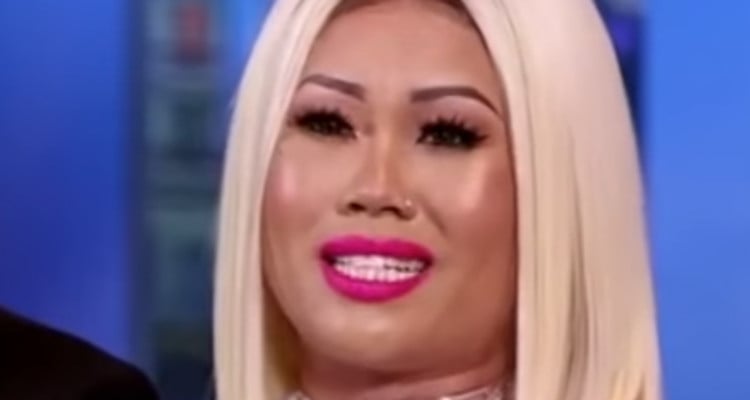 The first part of the Love & Hip Hop: Atlanta reunion aired on Monday, July 10, 2017. A lot of crazy things happened and, for a moment, viewers thought they would get to see a nasty fight between Lovely Mimi and Jessica Dime. Who is Lovely Mimi? Take a look at our Lovely Mimi wiki for everything you need to know.

Things took a nasty turn during the first part of the Love & Hip Hop: Atlanta cast reunion. Lovely Mimi and Jessica Dime exchange heated words and everybody was glued to their seats to see what was going to happen. Newcomers to the show had one question: Who is Lovely Mimi?

If you have not had the chance to watch the latest season of Love & Hip Hop: Atlanta, then you might not have seen Lovely Mimi on the hit reality show. She joined as a supporting cast member in Season 6, and wasted no time in stirring the pot. Keep reading for more details about the Love & Hip Hop: Atlanta star including Lovely Mimi’s real name, who she is married to, and more!

Lovely Mimi’s real name is Miyah Thi Luong. She was born on August 20, 1990, which makes Lovely Mimi’s age 26. Since appearing on Love & Hip Hop: Atlanta, people have had plenty of questions about this newcomer. Where is Lovely Mimi from? She is Vietnamese and grew up in the Maryland and Virginia area of D.C. She dropped out of high school, and started working at nail salons. She now lives and works in Atlanta, Georgia.

On the show, Mimi works at a nail salon, The Glam Shop, which is owned by Sierra Gate. Thanks to Love & Hip Hop: Atlanta, Mimi has become a much sought-after nail artist with a fan base that increases by the day.

According to sources, the reality star has five nail salons in and around Atlanta. Lovely Mimi’s net worth has not yet been calculated, but is sure to increase as her business grows. She has her own website where she promotes her work, and can be booked for media appearances.

Who is Lovely Mimi Married To?

Lovely Mimi is married to Remy Skinner and the couple has three kids together. Not much information about is known about her husband, but the couple look like they are madly in love in every picture they post!