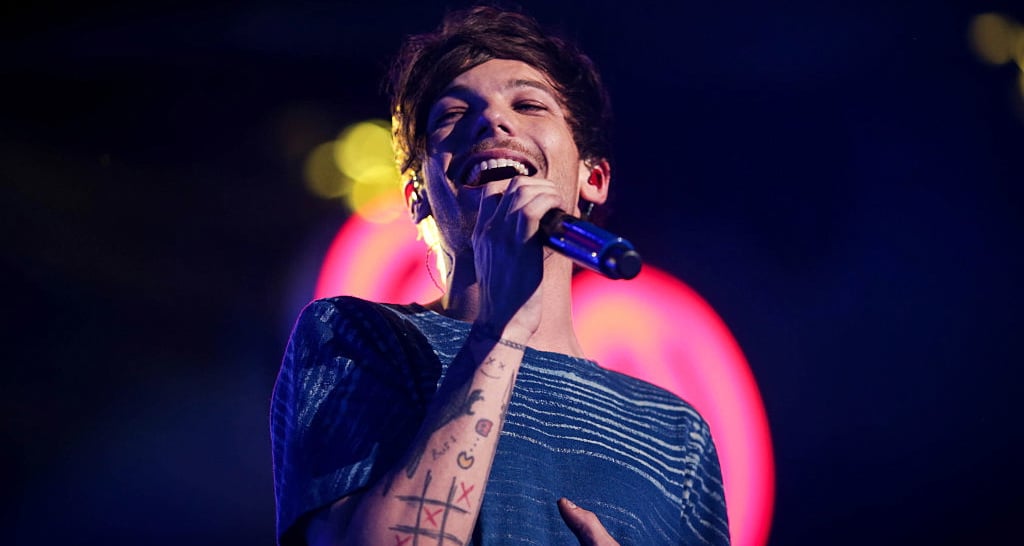 One Direction’s Louis Tomlinson gave a wonderful performance on X Factor Saturday, shortly after the tragic death of his mother, Johannah Deakin. When news broke of her death December 7, fans hurried to Louis Tomlinson’s Instagram to send comments of love, support, encouragement, and sympathy to the 24-year-old singer.

After his performance with DJ Steve Aoki, which was a tribute to his mother who suffered from leukemia, Simon Cowell told a sorrowful Louis, “I have to say something to you. I’ve known you now for six years, what you’ve done—and the bravery—I respect you as an artist, I respect you as a person, and your mum was so proud of you Louis, and she was so looking forward to tonight but she’s watching down on you now and you’ve done her proud.” Both Tomlinson and Cowell held back tears during this heartfelt moment.

My mother looking gorgeous before the Brits earlier this year . I love you and miss you so much !

Tomlinson received additional support from his former bandmates, Harry Styles, Niall Horan and Liam Payne, who were backstage in his dressing room at the Wembley Arena, waiting to embrace him after one of the most difficult moments of his life. “It was an incredible and special thing for them to get back together as a four and be like brothers again,” an X Factor source revealed to The Sun.

Following Louis Tomlinson’s mother’s death, the brave singer broke his silence on social media, and wrote on Twitter saying, “That was harder than I ever imagined. I want to thank everyone around me and all of the amazing fans out there that made that so special!” He also shared a photo on IG, thanking everyone for their support.

Thank you for the incredible support 🙂

Aoki was a big part in helping Tomlinson get through that song—the singer gave a shout out to the DJ on Twitter, “Also @steveaoki , you have been such a rock and inspiration throughout this ! Pure talent and a real gent !”

Tomlinson’s performance was a beautiful tribute to his mother. Although the family is working through the tragedy privately, fans are hoping Johannah Deakin’s funeral will be a special memorial that goes perfectly.