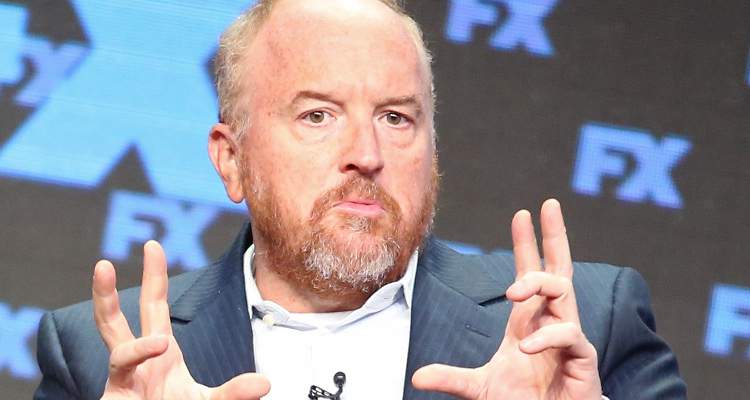 Louis C.K. is yet another celebrity who has had allegations of sexual harassment filed against him. Five women have recently spoke out about their lewd encounters with the comedian. Though he was reportedly not married at the time, people are wondering about Louis C.K.’s ex-wife, Alix Bailey.

It seems that every day there is a new celebrity facing allegations of sexual misconduct. Though a part of Louis C.K.’s job is to make sometimes crude jokes or comments about life, he is now being accused of sexual harassment. This leaves people wanting to learn more about his ex-wife, and why they split. For more, keep reading our Alix Bailey wiki.

Who Is Alix Bailey?

Alix Bailey was born on February 3, 1967, making her age 50. She went to Bennington College where she studied painting, before attending Indiana University and receiving her Masters in Fine Arts.

Her interest in art came from her parents, who were both Italian painters. She grew up in Italy and Connecticut. Bailey showed some of her exquisite work in exhibitions in both the U.S. and Italy. The talented painter has a flair for portraits and, like any true artist, gets inspired by the daily routine of normal people.

You can head over to her website to check out some of her pieces.

When Did She and Louis C.K. Marry?

Though the exact story of how they met is still not known, the couple tied the knot in 1995. Louis C.K. and Alix Bailey’s kids are Mary Louise Szekely and Kitty Szekely. According to the comedian, he and Bailey were in marriage counseling in 2007, one year before finalizing their divorce. Though they have joint custody of their children, the girls live with their mother, who is also a member of The Painting Center in New York.

Alix Baliey’s split from Louis C.K. impacted his work for at least a year. “For one, I couldn’t really talk about my wife anymore. Not that I was ever really talking about her, exactly, but now I couldn’t do that at all; I couldn’t talk about the woman I was divorced from. She deserves her privacy. But that meant I had no idea where I was going to get material. It was like, ‘Oh, s**t, there goes my act.'”

C.K. apparently went on to date younger women, but soon grew tired of it. He said that it looked stupid, and he could not see a future in just sleeping around. He began focusing on his kids, and have Bailey leave his mind and life, once and for all.

The couple have been divorced for nine years now, but last year, there were reports of them buying a studio apartment in Greenwich Village, New York City. It was said that they spent $564,900 on a small-sized home, adding to their three existing properties.

Alix Bailey Is an Actress

Bailey had parts in a few movies back in the day. She worked with her ex-husband in films like Tomorrow Night (1998), and Pootie Tang (2001) both which were written and directed by C.K. She recently played Alice in Spooky Stakeout (2016), a family adventure film about four kids who have to find a ghost in a haunted hotel.