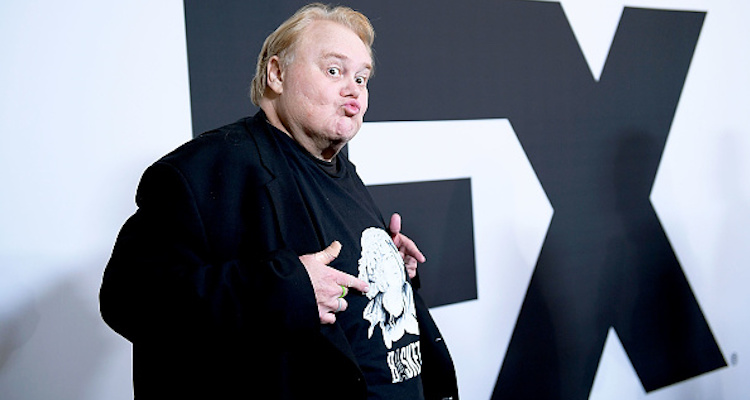 You might think that legendary comedian, Louie Anderson, hasn’t been up to much since his stint hosting the third revival of Family Feud ended in 2002, but he’s actually been keeping pretty busy in recent years and doing very well for himself. The 64-year-old beloved comedian has been working on revamping his traditionally wholesome and family-oriented comedy act to be a more realistic portrayal of his personal life. On top of constantly touring and putting on shows in Los Vegas, Anderson also scored himself a coveted and challenging starring role on the hit FX series, Baskets alongside Zach Galifianakis (2016-present). Taking inspiration from fellow actor, Jeffrey Tambor in Transparent (2014-present), Anderson has taken on the role of Christine Baskets, a loving and warm-hearted mother who’s just trying to take care of herself and her grown children. His portrayal of Christine is largely inspired by a number of women in Anderson’s life, most notably his own mother and five sisters with whom he was very close. As you can tell from this Louie Anderson wiki, the well established comedian and actor shows no signs of slowing down his career endeavours any time soon! Anderson will even be returning to the game show world —as a contestant this time— for a round of Celebrity Family Feud against Christina Milian and her family. The episode airs this Sunday on ABC.

Anderson shared this very touching moment from Baskets in full character as Christine on July 7, 2017, thanking everyone who supports the show.

From a very young age, it seemed like Louie Anderson was destined to be an entertainer. His life was the stuff of pure comedy gold and he was one of the pioneering comedians in terms of taking real life tragedies and tribulations and turning them into jokes. His brand of comedy has always been successful because Anderson can easily take difficult life situations he’s personally faced and poke fun at them without giving too much away about himself. His highly acclaimed cartoon show, Life with Louie (1994-1998) was proof of that. The central premise of the show was to portray Louie Anderson’s family life and his poverty-stricken and challenging childhood in a relatable, yet comical fashion. It showed what life was like for Louie to grow up in a small town as a smart-aleck and wisecracking eight-year-old child with 10 siblings, a kind-hearted and optimistic mother, and an emotionally unavailable alcoholic father in the 1970s. Due to creative differences between Anderson and the network regarding the show’s direction, however, the program was eventually cancelled and Louie decided to focus more on his standup comedy routine. This paved the way for another unique opportunity in the entertainment industry that would make Louie Anderson a household name.

Louie Anderson hosted Family Feud for four seasons before he was replaced by actor Richard Karn. During his brief time on the show, Louie was a huge influence on some of the changes that were made. For instance, it was his idea to raise the amount of the prize money from just $10,000 to $20,000. This resulted in a significant increase in the show’s ratings.

After 9/11, Louie suggested to producers that they do a tribute show to benefit the search and rescue workers and their families who helped out in the aftermath of the tragedy. He even contributed $75,000 of his own money toward the effort and the show was a huge success.

While it’s unclear exactly why Louie Anderson was fired from Family Feud, there’s a speculation that it might’ve had something to do with a blackmailing allegation that made many people question Louie Anderson’s sexuality. Around the time he was still involved with Family Feud, a man named Richard John Gordon claimed that Louie approached him in a casino in 1993, asking him to perform elicit sexual acts. He threatened to reveal this information to the public unless Louie paid him a sum of $100,000. Out of fear that this type of allegation could destroy his image and irreparably tarnish his career, Louie Anderson paid the man. However, when Gordon upped the ante, the actor decided to report him to the police and Gordon was eventually arrested.

Nonetheless, this incident still has many people baffled because Louie has never confirmed nor concretely denied whether the incident actually took place. His current role as Christine Baskets has only added fuel to the fire when it comes to people questioning whether Louie Anderson is, in fact, gay. The actor has always been rather elusive on this matter and even though he’s always been very open when it comes to displaying his life’s events in a very public way, his sexuality and romantic life remain a mystery.

It’s estimated that Louie Anderson’s salary from Family Feud was about 1.5 million and that he has an overall net worth of about $10.0 million.

You can check out Louie Anderson’s latest comedy act on his upcoming tour. More information about it can be found here.