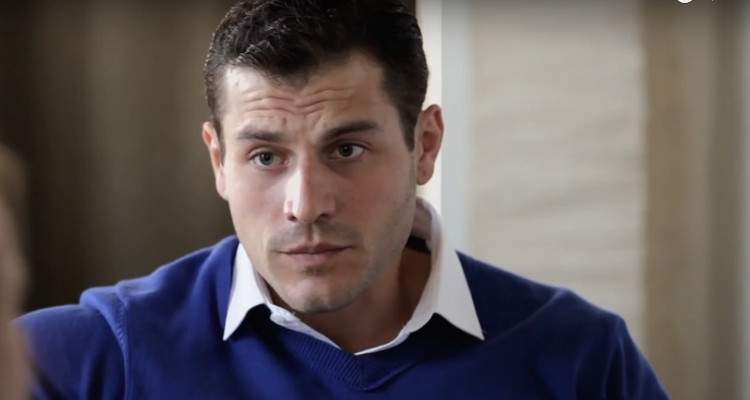 Being the son of actor and bodybuilder Lou Ferrigno, Lou Ferrigno Jr. was exposed to showbiz at a young age. He wanted to be an actor like his father when he grew up, and so, he started out in TV commercials. Ferrigno Jr. then landed small roles in a few TV series before getting a big break in the soap opera, Days of Our Lives. Since then, there has been no looking back for the handsome hunk, and he is now acting in the TV series, S.W.A.T. With tons of passion, a clean lifestyle, and a go-getter attitude, the future looks very bright for Ferrigno Jr.

Lou Ferrigno Jr. is definitely a chip off the old block! His father is the famous bodybuilder, Lou Ferrigno.

Lou Ferrigno Sr. is an American actor, fitness trainer/consultant, and a retired professional bodybuilder. He has also acted in films and TV series, and he is best known for his title role in the TV series, The Incredible Hulk.

Ferrigno Sr.’s son, Lou Ferrigno Jr., is an American actor and improvisational comedian. He has worked hard over the years to build an independent identity of his own, and to be known in his own right.

Who Is Lou Ferrigno Jr.?

Born on November 10, 1984, in Santa Monica, California, Lou Ferrigno Jr.’s age is 33. His parents are Carla and Lou Ferrigno.

As the eldest son of Lou Ferrigno, he spent much of his childhood on TV and film sets all over the world. After his exposure to acting at a young age, there was never any doubt in Ferrigno Jr.’s mind that he would seek a career in entertainment when he grew up.

Lou Ferrigno Jr. graduated with a Bachelor of Arts degree from the Annenberg School for Communication at the University of South California in 2006. He then studied improvisational comedy at some of Los Angeles’ best schools. He was also a walk-on football player for the 2007 Rose Bowl Champion USC Trojans.

Ferrigno Jr. was involved with iO West, Upright Citizens Brigade, and the West Side Comedy Theater. As a result, he gained valuable knowledge and skills in improvisational comedy.

After starting his career in entertainment as a fitness model, Ferrigno Jr. soon received offers to star in TV commercials, as well. He appeared in commercials for famous and prestigious brands like Subway, Comcast, Mopar, Honda, Carl’s Jr., Miller Light, Oscar Mayer, Home Depot, FIAT, and Navy Federal Credit Union, among others.

In 2012, Lou Ferrigno Jr. came into prominence for his role in the long-running daytime soap opera, Days of Our Lives. He then landed roles in TV shows like How I Met Your Mother and Teen Wolf.

These days, Lou Ferrigno Jr. is on S.W.A.T., a new American crime drama series. The show is quite popular among young audiences already in it’s first season!

Soft Side of a Tough Guy

Despite his impressive body and physical strength, Ferrigno Jr. also has an artistic side to him; he loves to paint. He often spends hours painting on canvass, and his work has been appreciated by others.

Lou Ferrigno Jr.’s Instagram account is full of pictures of him with his father and family, with his pets, and stills from his TV series, S.W.A.T., as well as solo shots. There are also photos of famous people whom Ferrigno Jr. admires, like Albert Einstein or Playboy founder and publisher, Hugh Hefner.

With S.W.A.T. generating huge interest among viewers, a tough guy like Lou Ferrigno Sr. as his father, and a real passion for acting, the future looks very bright for Lou Ferrigno Jr.