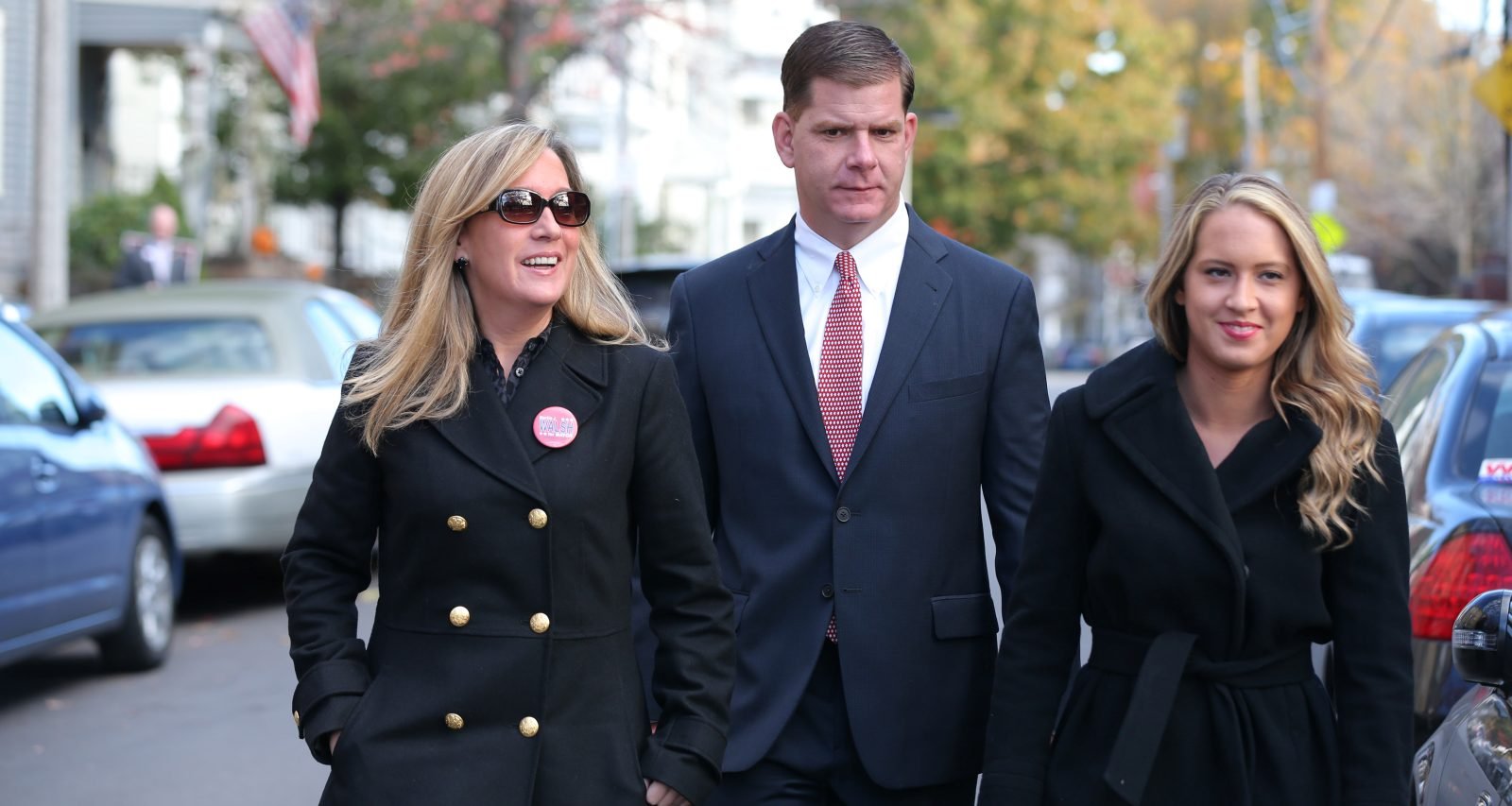 Marty Walsh resigned as Boston’s mayor to take on the role of secretary of labor in the Joe Biden administration. Walsh’s tremendous rise in the political arena is in part due to the support of his longtime girlfriend, Lorrie Higgins. He is often asked when they will tie the knot, but even if they aren’t married, their relationship is one for the books. Higgins has worked on Walsh’s successful campaigns, but the former First Girlfriend of Boston stays out of the public eye. It begs a lot of curiosity about who Walsh’s girlfriend is. So, we’ve compiled everything there is to know about her in Lorrie Higgins’ wiki.

Lorrie Higgins was born on February 13, 1973 and is a native of Massachusetts. She is one of four children born to Richard and Margie Higgins.

Lorrie’s father, Richard Higgins Jr., was a U.S. Army veteran who served during the Vietnam War, served in the Massachusetts National Guard, and was an electrician at the Jamaica Plain Veterans Administration Hospital. Richard Higgins passed away in 2017 at the age of 68.

He is survived by his wife, Margie; their children, Michelle; Lorrie; Richard III; and Michael; and their children’s respective partners and children.

When Higgins was a senior at Monsignor Ryan Memorial High School, she found out she was pregnant. She gave birth to her daughter, Lauren Campbell, when she was 19.

Lauren’s father, Paul J. Campbell, was seven years Lorrie’s senior. He was not part of Higgins’ and Lauren’s lives, but Higgins told the media that his parents had been good to her and her daughter.

Paul, who was a small-time actor, stabbed his mother, Patricia, to death in 2015, according to Norfolk County prosecutors. He was later shot and killed by Weymouth police. As it was an ongoing investigation, Lorrie Higgins and Marty Walsh withheld any comments.

Lauren received her bachelor’s degree in criminal justice and sociology from the University of Massachusetts Boston in 2014. She then worked as an investigator at the Suffolk County District Attorney’s Office for a year.

Lauren received her JD from Suffolk University Law School this year. She also served as an administration associate for the university at the same time.

Higgins was reportedly waitressing while raising her daughter as a single mom before she met Walsh. But she also has experience in the political field.

From 2000 to 2014, she served as the administrative aide and the deputy chief of staff to state representative, Eugene O’Flaherty. O’Flaherty later resigned to take the position of Mayor Marty Walsh and the City of Boston’s chief legal counsel.

Since 2014, Higgins has been working as a fundraising consultant at LB Strategies. Higgins supports Walsh’s endeavors, having worked behind the scenes on his campaign, but generally stays out of the spotlight.

Higgins and Walsh began dating in 2005, long before his mayoral run. They both grew up not far from each other in Dorchester, and occasionally crossed paths.

They didn’t, however, reconnect until they were both working at the State House. Walsh asked her out several times before she agreed to date him.

Lauren has always been Higgins’ first and last priority. She initially didn’t date Walsh so she could focus on her daughter who was a teen then. Higgins and Walsh also didn’t live together until Lauren was older, because Higgins couldn’t bear to uproot Lauren from her childhood home.

They’ve been together for more than a decade, and Walsh is often fielding questions about when they will marry. In an interview, Higgins revealed she was hesitant to take the plunge, especially with their hectic schedules making it difficult to spend time together.