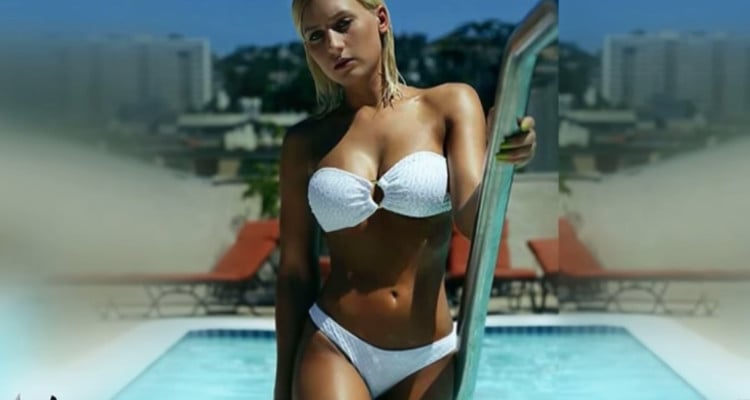 The world is suddenly taking notice of 26-year-old, Lorraine Gilles, after former Spice Girl, Mel B. obtained a restraining order against her former nanny. The singer filed for divorce from her husband, Stephen Belafonte and has dragged her ex-nanny, Lorraine Gilles into the matter.

According to reports, Mel B. claims that Lorraine Gilles is in possession of many sex tapes from several threesomes had between Gilles, Mel B., and Stephen Belafonte. Mel B. further accuses Gilles of blackmailing her with the sex tapes and trying to extort money from her. The scandalous and lascivious content of the lawsuit has piqued the curiosity of the world. Is Mel B. gay? Though the allegations Gilles has against the former Spice Girl, speculations about her sexuality are not new. In 2014, Mel B. opened up about dating women in the past, but insists that she is not a lesbian. While more news on this story comes to light, we’ll take a closer look at Mel B.’s nanny.

There’s not an ounce of doubt that Lorraine Gilles is a hot nanny, it’s obviously the woman is a looker. Here some hot pictures of the nanny from Lorraine Gilles’ Instagram.

Read: Sahara Ray Instagram: Check Out Her 10 Hottest Pics of All Time

Rocking the no makeup look!

She even looks great in sweats!

Read: Anfisa Arkhipchenko Instagram: 10 of Her Hottest Pics to Turn Up the Heat!

That stare. It’s easy to get lost in those baby blues!

Bringing the one piece bathing suit back never looked so good!

Just hanging by the pool…

If you’ve got it, flaunt it!

Making movie nights look better than a night on the town!

Turning up the heat in high heels and high fashion!