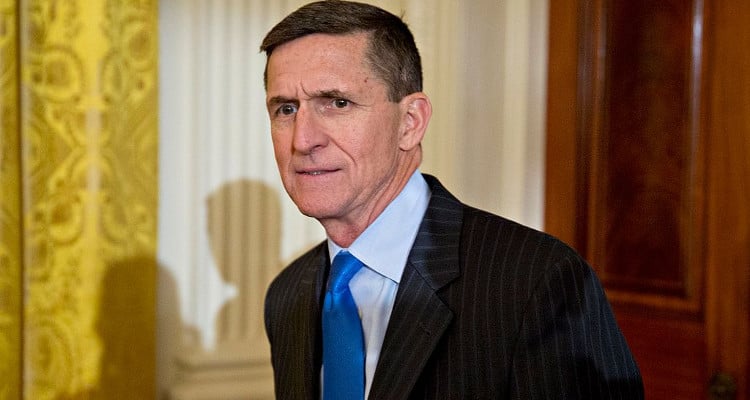 Michael Flynn has done it again! The former NSA of the Trump administration stirred the pot of an old controversy that ended up costing him his cabinet position. But through it all, his biggest supporter is still his wife, Lori Flynn.

Michael Flynn was forced to resign as National Security Adviser in February for misleading the White House about his discussions held with the Russian ambassador to the U.S. That had been a shock to the public and a convulsion to the then-four-week-old Trump administration. However, it has now been brought up again. Flynn is ready to testify before the FBI on the issue of the Trump campaign’s alleged ties to Russia. But in exchange, he wants immunity. The very guy who once said “people requesting immunity are guilty” is now asking for it? What a twist! While no further update on this is available yet, he will take solace in his biggest pillar of support, Michael Flynn’s wife, Lori Flynn.

#1. They Were High School Sweethearts

If only we knew about Andrade’s early life as much as we know Flynn’s! The retired lieutenant general holds multiple degrees, including a Bachelor of Science, a Master of Business Administration in Telecommunications, a Master of Military Art and Science, and a Master of Arts in National Security and Strategic Studies. He’s also a graduate of many military courses!

Michael and Lori are parents to Michael Flynn Jr. and Matt Flynn. The boys are all grown up now, as Michael Jr. is chief of staff of the Flynn Intel Group, a company he runs with his father. As per its Facebook page, the Flynn Intel Group “provides elite intelligence services and solutions to industry and government worldwide.” The company, of which Michael Sr. serves as CEO, has also been in hot water for its foreign links.

However, we don’t know what Matt Flynn does for work. Most of his Facebook posts are of music concerts, while his brother used to post about their father’s media appearances. Both Flynn boys are married and have children. Lori often posts pictures of their grandchildren and the family. Her better Facebook-savvy half is different, as he typically posts pictures with his wife.

Michael Flynn’s brothers, Charles and Joe, were also in the military. When Charles Flynn was promoted to brigadier general, Michael Sr. pinned the star on his uniform.

#3. He has Beautiful Words for His Wife

Lori and Michael have a home in Tuckerman Avenue in their hometown of Middletown, Rhode Island and his brothers believe it will be their retirement home. But being a career military man, Michael Flynn spent the better part of his married life away from his family. He and his brothers have been deployed in Iraq and Afghanistan for long periods of time, so it makes sense that he would want to stay in one place.

Lucky for him, Lori knew the ins and outs of being a military wife, and held down the fort back home. Michael acknowledges that too as he said, “Lori has been a steady presence in the lives of thousands of soldiers and their families during my numerous deployments and has played the role of not only mom, but dad, coach, teacher, and at times, taxi driver for our two sons, Michael and Matt, as well as for hundreds of other children. She’s always willing to volunteer her time for others.”