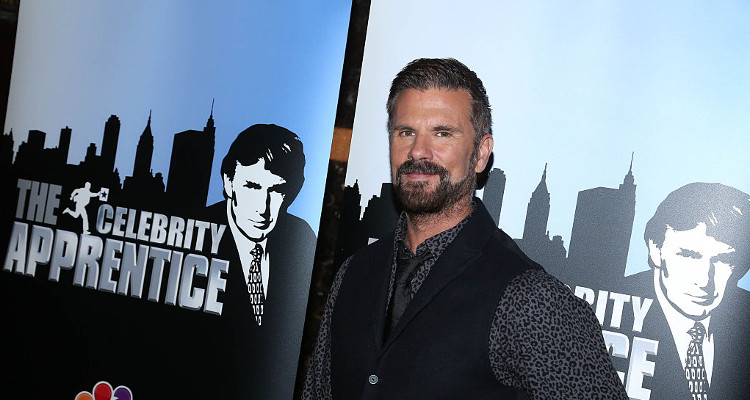 Shawna Craig is one of the stars on E!’s Second Wives Club. The show follows the lives of women who are married to previously divorced men. Shawna Craig’s husband is Lorenzo Lamas, an actor who’s worked on television and in films.

Second Wives Club is all about the wives of men who have been married before, so we don’t see too much of the husbands. But they do get name-dropped every now and then. For instance, when Shawna Craig mentioned her husband, Lorenzo Lamas in front of a Hollywood agent, the agent’s reaction was interesting. While Craig is trying to launch her acting career, her husband has enjoyed fame since the 1980s. We’ve got everything you need to know about Shawna Craig and Lorenzo Lamas’ marriage, right here. So, keep reading our Lorenzo Lamas-Craig wiki because we’ve got the scoop on Lamas, his acting career, his current wife, and his many previous marriages!

Shawna Craig is Lorenzo Lamas’ fifth wife. He first married a woman named Victoria Hilbert in 1981, but they divorced within a year. He later married his publicist, Michele Cathy Smith, in 1983 with whom he has two children: Alvaro Joshua and Shayne Lamas. They split shortly after their daughter’s birth.

He was in a relationship with actress Daphne Ashbrook, with whom he has a daughter named Paton Ashbrook. They never married and Paton took her mother’s name in her professional acting venture. He later married his Falcon Crest co-star’s daughter, Kathleen Kinmont, but they divorced five years later.

He was married to Playboy playmate, Shauna Sands and they have three daughters: Alexandra, Victoria, and Isabella. After they divorced, he was briefly engaged to Barbara Moore, but that didn’t work out. After five months of dating, he married Shawna Craig in 2011. She is only 30 years old, nearly half the 59-year-old’s age.

Just saying that it's been awhile since we were all in a car together. Hope every dad is enjoying their Fathers Day. @alamas @izzyjoylamas @victoria.lamas #FathersDay #daughters

He Changed His Last Name for Her

Lamas-Craig is much older than his current wife, but age is hardly a factor in their relationship. After they tied the knot in Cabo San Lucas, Mexico, Lorenzo told the media that he would be changing his name to Lamas-Craig.

The reason involved his ex-wife, Shauna Lamas, whose name is nearly identical to Craig’s. Understandably, Shawna Craig didn’t want to have a the same name as her husband’s ex, so her Lamas adopted her last name instead.

This person was born 28 years ago. She grew up fast and ventured out west to chase her dreams. She has tenacity, she has humility. She has the heart of a lion. Happy Birthday @shawna_craig ! #birthday #love

A Legacy of Acting

He is a martial artist, who aspired to be an actor since he was five. Lamas-Craig studied acting in Tony Barr’s Film Actors Workshop and bagged a supporting role in Grease. After several small roles, including one in The Love Boat, he landed his first starring role in the primetime drama, Falcon Crest. His role earned him two Golden Globe nominations.

He later acted in the crime drama, Renegade and in the soap opera, The Bold and the Beautiful. After a few more movies, writing an autobiography, and appearing on The Celebrity Apprentice, he and his family had their own reality show on E! called Leave it to Lamas.

He Filed for Bankruptcy

Lorenzo Lamas-Craig had a great acting career and ad campaigns with restaurants chains. The latest figures estimate his net worth to be $4.0 million. But he has filed for bankruptcy several times over the years, the latest one being in 2014. He declared debts of $322,000 and an income of zero dollars. He owed $285,000 in taxes and $20,000 in spousal support. Shawna Craig’s net worth is approximately $200,000. In his bankruptcy claims, Lamas-Craig said that his wife was making approximately $2,500 a month as a secretary.

In her introductory clip for SWC, Craig explained why her husband is riddled with financial problems. “He’s an amazing father, but he has quite the history,” she says. “He’s been married five times, including me. He’s got six kids he’s got to take care of and because of the divorces he’s got financial problems.” But despite his baggage, the couple’s relationship has endured.

Shawna Craig is also close to his eldest daughter, Shayne, for whom she stepped in as surrogate mother. But lately, rumors have been circulating that their marriage is on the rocks. Whether this is true not confirmed by the couple themselves.