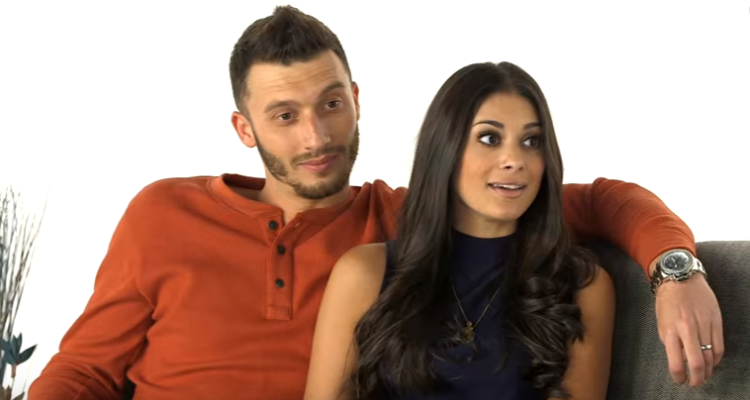 New Yorker Loren met her now-husband, Alexei, while she was on a Jewish birthright trip to Israel. Alexei Brovarnik was the medic for the group she was travelling with—the two obviously made a special connection, and began dating romantically before Loren’s tour was over. Alexei and Loren from 90 Day Fiancé starred on season three of the television show. The picture-perfect couple definitely had a lot less drama surrounding their relationship as it was seen on the show, but they weren’t without their fair share of struggles. Check out Loren Brovarnik’s wiki to find out more about the Floridian beauty and the current status of her relationship.

Employment Issues & Moving In with the In-Laws

When the season began Loren, 27, and Alexei, 27, weren’t together in the Untied States yet—Alexei was still in Israel awaiting the approval of his K-1 visa. It was eventually approved, and the couple was understandably ecstatic. Loren was living in New York at the time, working as an executive assistant. However, because of the stipulations of the K-1 visa Alexei was granted, he would be unable to be legally employed for the 90 days he was to be in the country before they got married. Since Loren realized she wouldn’t be able to support them on her own for the three months, the pair had to move to Parkland, Florida to stay with Loren’s parents in their snug three-bedroom condo. As expected, this created some problems between her parents and the new couple—and of course, the 90 Day Fiancé TV crew watched the whole thing unravel from behind the camera.

Aside from dealing with her parents, Loren and Alexei has a pretty significant disagreement about a personal secret of hers. It was revealed that Loren has suffered from Tourettte’s syndrome for quite some time, and was embarrassed of the tick that sometimes presented itself during times of stress and anxiety. Almost unnoticeable unless mentioned, Loren from 90 Day Fiancé’s twitch is one of the only physical signifiers of her condition. This was a fairly big fight for the couple, as Loren was insecure that her new family would see or treat her differently after learning something was ‘wrong’ with her. Fortunately, she was worried for nothing—her mother-in-law was very understanding and accepting of her new daughter’s condition.

Another major point of contention for the couple took place before they were even officially married—and it was centered around Loren’s bachelorette party. Alexei made it explicitly clear that he wasn’t comfortable with strippers being at her party, and of course, her party planner disregarded his wishes. After finding out about the goings-on at her party, Alexei was understandably upset with both Loren and her best friend, who was in charge of the night. The two discussed the issue on-camera, and it seemed like Alexei seriously considered not going through with the marriage. It was already difficult for him to leave his family in Israel, and the distrust he now felt with Loren and her friends was enough to make him question their relationship. Loren was obviously forgiven, but strife remains between her husband and best friend.

After their legal wedding in Florida, the couple, along with Loren’s family, traveled to Israel to have another ceremony for all of Alexei’s family and friends. However, they were met with some surprising news—many of Alexei’s friends had decided to boycott the celebration since they felt Alexei had forgotten them and lost touch once he went to America. Loren felt personally responsible for this since she’s the reason he left in the first place, so she made a special effort to help him reach out to his friends individually to apologize and convince them to attend the wedding.

With all of their problems leading up to their wedding presented on national television, viewers may have been left wondering: Loren and Alexei—where are they now? You’ll be glad to hear that the happy couple celebrated their one year anniversary in September 2016, and seem to be going strong! Loren from 90 Day Fiancé’s Instagram feed is always filled with snaps of the gorgeous couple, so we can only assume things have been getting better since filming ended.

Followers caught a glimpse of Loren from 90 Day Fiancé’s wedding dress from her Israeli wedding in some of the professional shots she shared on Instagram, and it was nothing short of stunning. It was mildly reminiscent of the gown she donned during their first ceremony, in that it was very romantic and sweet. However, this lace gown featured a glitzy belt, accentuating her shapely figure.

This is one couple from 90 Day Fiancé that seems to be getting better with time. Focused on stabilizing their careers and contemplating kids in the (near?) future, we can’t wait to see what Loren and Alexei have in store for 2017!