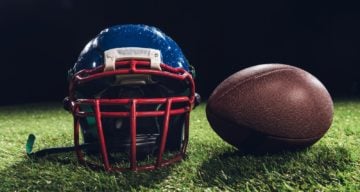 Steve Sarkisian has been drawing attention at every Texas Longhorns football game. But so is the first lady of Longhorns football and her style. Loreal Sarkisian joined the University of Texas at Austin as the newlywed wife of the new head coach in 2021. Steve Sarkisian’s wife is serving game day looks that fans are styling themselves after her. Her transition from an athlete to style goddess fascinates her followers, and more people want to know about her background. So we reveal all the details about Steve Sarkisian’s wife in this Loreal Sarkisian wiki.

Loreal Luciana Smith was born on September 30, 1985, and hails from Tallahassee, Florida. She is the daughter of Loretta and Michael Smith.

Loreal grew up in an athletically inclined family. Her mother worked both as a seamstress and a high school track and field coach.

Loretta also coached her children, one of whom is Mallex Smith, an MLB outfielder. Loreal’s sister, Lauren, was a collegiate track and field athlete. Their older brother, Michael Smith Jr., also played baseball.

Like her mother and siblings, Loreal excelled as a student-athlete. She was part of the track and field team as a hurdler at the North Carolina A&T State University. Among her many accomplishments, she reached the semifinals in the women’s 100m HH at the 2012 U.S. Olympic Trials.

Smith received her bachelor’s degree in sports science and fitness management in 2009. In her early professional life, she had turned to coach other track and field athletes. She spent at least two seasons as an assistant track and field coach at the University of Southern California.

Loreal has since switched to entrepreneurial and fashion ventures. Since 2018, she has been operating Styled By Loreal, LLC.

Her current business draws inspiration from her mother again. As a seamstress and lover of fine arts, Loretta taught her daughter about different fabrics.

Loreal Sarkisian is now a personal stylist to a wide range of clientele. She not only helps clients revamp their style, but she also does closet clean-ups, buys and sells apparel, and helps clients pack for traveling.

Loreal doesn’t have to be hired as a stylist to fix your wardrobe. She is strutting as #StyleGoals at Longhorns games that fans are emulating. The attention her fashion is attracting is helping her draw attention to her philanthropy for mental health, anti-bullying, and youth.

Steve Sarkisian’s previous marriage to Stephanie Sarkisian ended in divorce in 2015. They are parents to three children: Taylor, Ashley, and Brady.

He later began a relationship with Loreal Smith. It’s unclear how long they have been together.

Steve Sarkisian and Loreal Smith married on June 28, 2020. They moved to Texas when Steve was named the head football coach at the University of Texas at Austin.

Initially, Loreal Sarkisian stepped back from coaching to try out the stay-at-home wife life while being the first lady of Longhorns football. However, she missed working and soon ventured into her styling business. Besides dressing up her clients, Loreal Sarkisian’s own game-day fashion is something Longhorns fans look forward to.