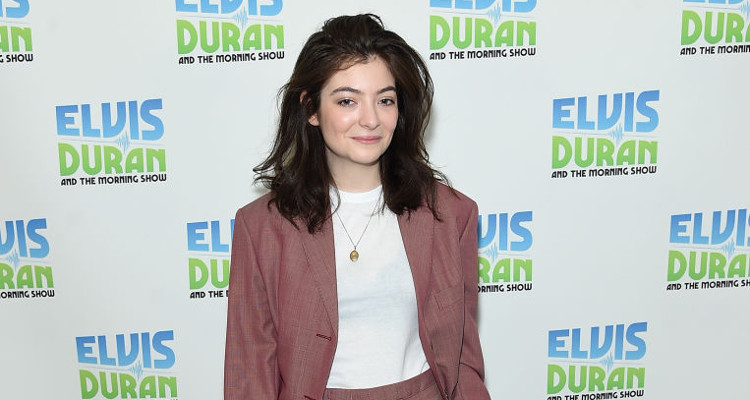 Believe it or not, it has been three years since the chart topper “Royals,” the debut single by Lorde, made waves in the music industry worldwide. The song turned into an iconic coming-of-age anthem for youth all around the world and made Lorde one of the youngest solo artists recognized internationally. After releasing her debut album back in 2013, everyone’s been excited about her next album. Soothing her huge fan following, it looks like Lorde will be releasing it in 2016!

While Lorde hasn’t revealed much about the new album, she seems to be dropping some major hints. Let’s backtrack a little bit. On New Year’s Eve, the 19-year-old singer tweeted something that pretty much confirmed her plans to release the album in 2016: “Whispered the album name to my mum in the car today.” Since then, everyone—except her mom, of course—has been waiting for the next hint about what the name could be.

Her fans are trying to figure it out from more of her recent tweets. Yesterday, Lorde tweeted, “LCD!!!!!!!!!!!!!!!!!!” As you can imagine, many of the comments on the obscure tweet were to ask if that was going to be the new album name, with several people pointing out that they misread it as “LSD,” which would sort of complement the title of her first album, Pure Heroine. (See the theme?)

Then earlier this morning, Lorde posted another vague message on Twitter about buying a borrowed suit and learning to dance. Once again, it made everyone think about what she was trying to tell fans—was it just a random thought or could it hint to something more? Jack Howard, BBC Radio1 presenter, was the first one to fish out that it might be something more than a just a tweet! And many others agreed to the possibility of it being a cool title for her second album.

Post-release of her debut album Pure Heroine back in 2013, Lorde’s always been the one to watch and in 2016, it looks like she’s ready to repeat that success once again.

After signing to a music label (UMG) at the young age of just 13, the New Zealand solo artist turned into a global sensation, with “Royals” topping music charts across continents. In 2014, she received two Grammys, one for Song of the Year and the other for Best Pop Solo Performance.

However, with fame often comes controversy—a week into 2016 and Lorde’s already had her share of a social media slip-up. Recently, the singer took to Instagram to lament about how she is not on a winter vacation like many other celebrities. The post on Instagram initially read, “When you scroll through your feed and all the pretty famous boys and girls are on yachts or in Saint Barth’s and you’re at home where it’s raining and you’ve never even been on a holiday to another country before, never been to a tropical island let alone Saint Barth’s and actually you aren’t even sure if you’re spelling Saint Barth’s right. [sic]”

Her fans immediately guessed that the rant was directed at rumored couple Kendall Jenner and Harry Styles, who spent their holidays with Ellen DeGeneres on her luxurious Yacht in St. Bart’s. Lorde clarified that she has no issues about Kendall Jenner and Harry Styles, and later amended her post, adding, “lol no ‘shade’ folks if i were on an island or in even nearish proximity to a yacht you would be hearing all the fuck about it just making fun of my own lameness [sic].”