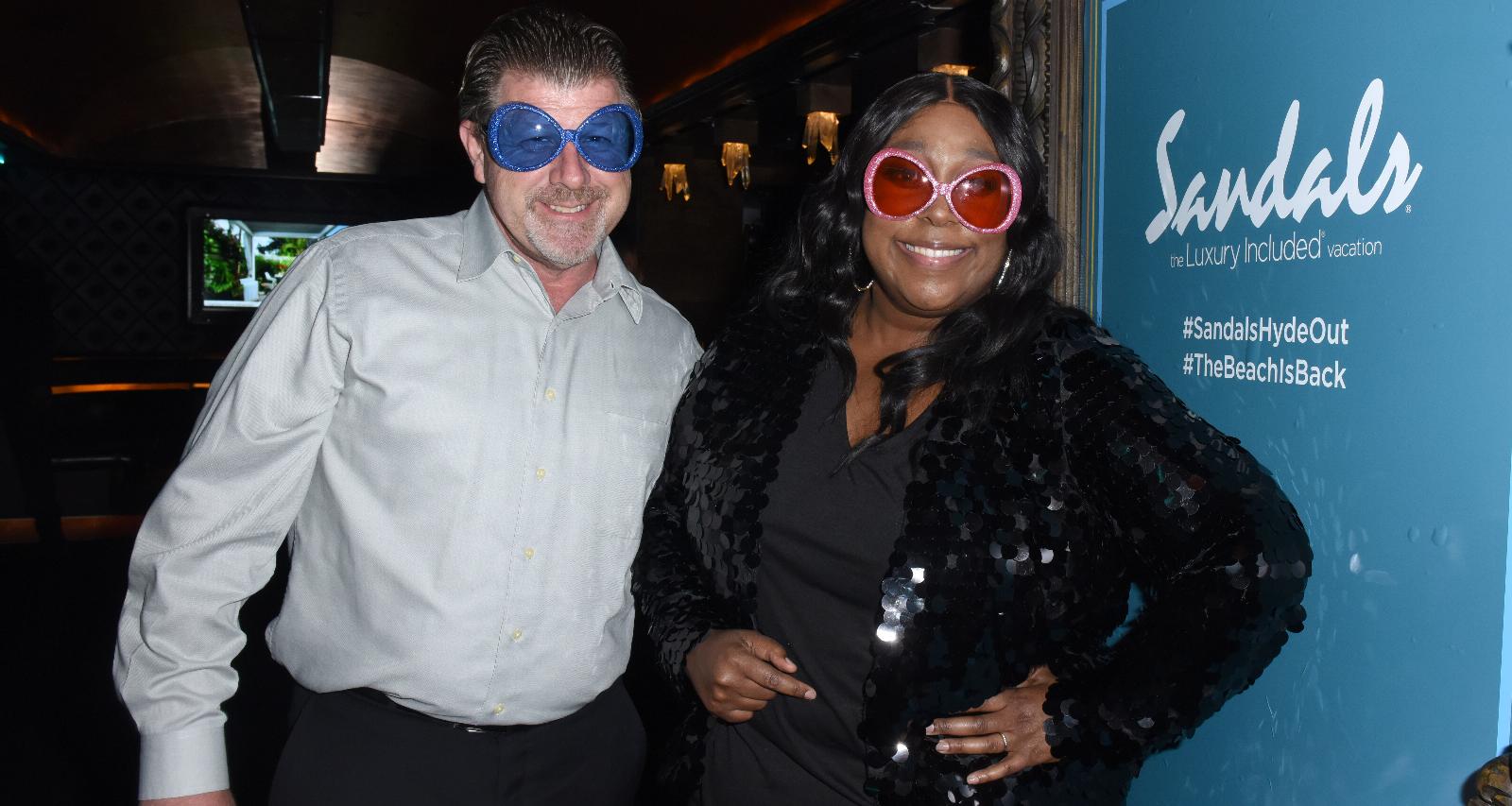 Actress, comedian, talk show host, and Emmy Award-winner, Loni Love is usually very private about her personal life. But she can’t stop gushing about the new man in her life to her The Real co-hosts and viewers. The amazing Loni Love is dating James Welsh. Though he’s in showbiz too, he’s not as popular as his lady love and many are curious to know more about him. That search ends here, with our James Welsh wiki on Loni Love’s boyfriend.

James E. Welsh was born on November 18, 1964 and is 54 years old. He hails from West Warwick, Rhode Island and grew up in Massachusetts after moving there in 1977. Welsh currently resides in Costa Mesa, California where he’s pursuing his acting career.

Since studying acting at Orange Coast College, he has been acting in various films and TV shows as well as local theater productions. A SAG/AFTRA actor, Welsh has trained in various acting techniques and has mostly worked in minor roles.

Some of his major credits include Iron Man 2 and Horrible Bosses. He’s also had appearances on General Hospital, Sons of Anarchy, and Parks and Recreation. Aside from a single episode appearance on The Baby, he was also in the sound department for the show.

He previously worked in Theater 68 in Hollywood, California. He has also acted in productions at Whittier Community Theatre, Theatre Palisades, and Huntington Beach Playhouse.

He Has a Painting Business

It appears that Welsh hasn’t had much consistency in booking acting jobs, so it makes sense that he has his own business on the side.

He is the owner of Quality Painting Plus, a painting business serving the Los Angeles area since 1988. Welsh does the painting himself, along with his colleagues, and is pretty good, too. His clients have given him a five-star rating for his excellent paint jobs.

In late 2018, Loni Love, 47, and James Welsh began appearing in each other’s Instagram feeds, leading to speculation that The Real host had a new man in her life. While they’d seemingly made their relationship Instagram official, she was not ready to talk about her boyfriend yet since their relationship was still in its early stages.

Love’s The Real co-hosts apparently have been aware of her budding relationship with Welsh. In November 2018, they got Love to admit that she had indeed been dating Welsh.

While Jeannie Mai, Tamera Mowry, and Adrienne Houghton approve of Welsh, they have a bone to pick with him.

“The thing is, we love James. We think James is the sweetest guy,” Houghton said. “I’m having a hard time believing James ghosted you for two weeks in the beginning. This actually makes me reconsider things because he’s such a good guy.”

That’s right, Welsh didn’t have any communication with Love for two weeks when they began dating. And Love’s friends want to know why.

At that time, Love said she’d let him answer, promising to bring him on the show one day. Though she felt it was too early back then, she said 2019 might perhaps be the year she brings her boyfriend on The Real. (fingers crossed!)

For now, she continues to gush about her boyfriend on the show.

They Became Official on Christmas Eve

In January, she tearfully narrated the day they became exclusive.

Love said on The Real that they had run into rappers Quavo and Saweetie on Christmas Eve 2018, just before heading to church together.

“It was just something about that joy and it was Christmas Eve and we went to church,” she said. “We went [to] midnight mass and that’s when he turned to me and said, ‘Will you be my girl?'”

The couple has been enjoying every moment with each other, including vacations to the Bahamas and red carpet events. They are going to celebrate their first Valentine’s Day together, but Love confessed that they don’t feel the pressure to make it special because every day together has been special.

However, she’s hinted that Welsh has a surprise planned for her. His Instagram followers believe he’s going to surprise her on The Real on Valentine’s Day.

He Has Two Sons

Throwback of my oldest son and I at the Army Recruiting office in Orange, CA

Welsh’s relationship history is not known. However, he has two adult sons from a previous relationship. His sons are in their 30s and one of them is in the military.

Love was previously married but split from her husband to pursue her comedy career. In 2014, she revealed on Ellen that she was dating a 23-year-old, but that relationship soon ended, too.

Also Read: Everything You Need to Know about Iliza Shlesinger’s Husband