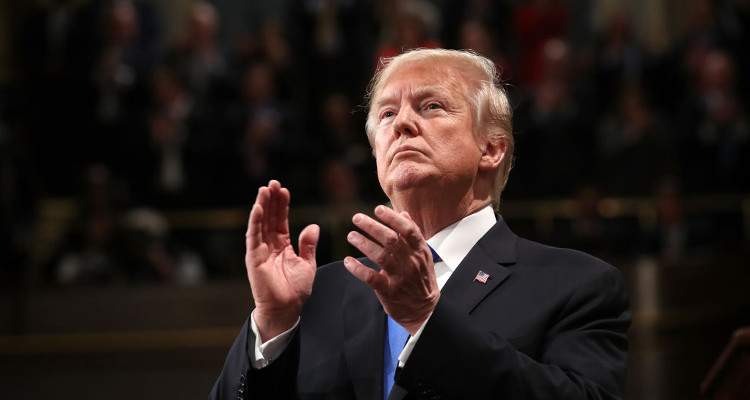 The United States of America was eagerly waiting for President Donald Trump’s State of the Union Address. Trump spoke about his administration’s accomplishments in the last year and thanked the people for supporting his agenda. He also outlined some new plans to tackle the country’s complex problems. His address lasted for over 80 minutes.

It’s the speech for which the citizens of the United States have waited for more than a year. The State of the Union address by President Donald Trump took place on Tuesday, January 30, 2018.

Millions of eager viewers tuned in to Donald Trump’s address as he outlined the progress made by the nation under his presidency.

What Is the State of the Union Address?

This message is usually given on a Tuesday. It includes a budget message and an economic report of the nation.

A Sharing of Information

It is also an opportunity for the president to give information about his or her legislative agenda and the nation’s priorities. Past presidents have taken this opportunity to convey their in-depth plans and hopes for the nation. And Americans have judged them on how much they achieved in the following year.

In the recent past, the length of the address has been anywhere from 45 to 90 minutes, especially in the case of Bill Clinton, George Bush, and Barack Obama.

But yesterday’s presidential address seemed quite long. And now, people are curious to know how long the State of the Union address was last night.

How Long Was the Presidential Address Last Night?

President Donald Trump’s State of the Union address lasted for a little more than an hour and twenty minutes (80 minutes) and was heard keenly by Americans everywhere.

Trump’s State of the Union Address in 2018

Trump called on the people of America to come together as citizens of a great nation and asked them not divide themselves as Republicans or Democrats. He spoke about the supposed progress that the U.S. has made under his presidency and gave statistics to support his claims.

I will continue to fight for you, the GREAT AMERICAN PEOPLE — each and everyday, to MAKE AMERICA GREAT AGAIN! Join me! #USA ??

The president also mentioned some Americans who had done heroic deeds and thanked them on a personal and governmental level.

People are analyzing Trump’s speech and trying to understand the plans he has made for taking the nation forward. His political opponents are already reacting to his address using various media.

The coming days will show how well-received Donald Trump’s State of the Union address was.