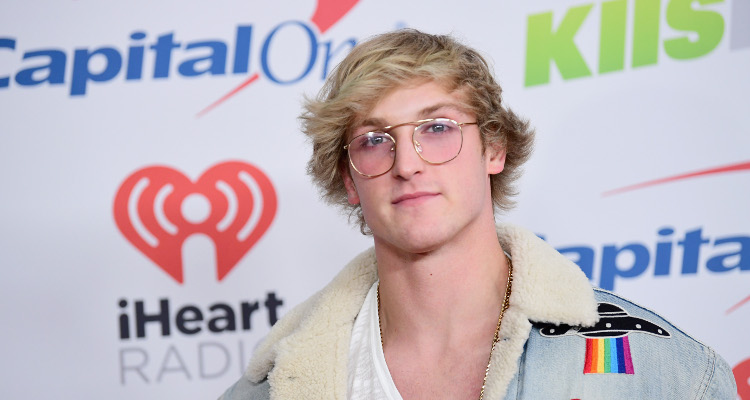 YouTube provided many people with a platform to showcase their talent and bring the world together. One famed vlogger, Logan Paul’s net worth of $6.0 million is now in danger of dropping! The star gained popularity through his antics, but now, he might have ended his career.


There is almost no introduction needed for Logan Paul. The vlogger struck gold with YouTube, and now, with 3.9 million subscribers to his official channel, and 13 million to his vlogs, he became a digital media star! With his social media stardom came some serious cash flow! However, after a recent video showcased Paul and his friends having distasteful remarks to a sensitive issue, his career is in jeopardy. Check out how rich Logan Paul actually is, and how Logan Paul’s net worth doubled in just two years.

• Logan Paul’s net worth is a whopping $6.0 million, and the 22-year-old made it by wise-cracking around town. It’s not easy to become a popular comedian, but through posting videos on Vine in 2014, he was quick to go viral.

• His wacky sense of humor set him apart from other college kids posting their antics online, and he soon had more than 3.1 million followers on his various social media accounts. But how did Logan Paul make that kind of money?

Here’s a break down of Logan Paul’s subscriber count:

• With a following like that, the money was not far behind. It was revealed that a YouTube star like him could make somewhere around $4.00 for every 1,000 views, after which YouTube starts taking a cut.

• With Paul’s viewership, which is over 3.5 million, he can take average of an unbelievable $6,500 a day from ad revenue alone. So, you can only imagine how much the star’s profits are!

• When Logan Paul began his social media career, his YouTube channel was the fastest ever in the history of the site to gain 10 million subscribers. But his earnings began way before YouTube, and he was just a teenager at the time.

Check out the star’s estimated earnings throughout his career, including Logan Paul’s house:

• Logan Paul began making and posting videos of his pranks, jokes, and quirky antics on his YouTube channel, Zoosh. His brother would sometimes be featured.

• He gained immense popularity since then, and now travels the world in style, appearing in videos of other vloggers. It was only a matter of time before producers wanted him in their shows.

• In 2015, he landed his first special guest role in season 16 of Law & Order: Special Victims Unit. Given his popularity, we’re sure that Paul was paid handsomely.

• He was then offered roles shows like Weird Loners, Stitchers, and a YouTube Red movie called The Thinning. He then wrote a screenplay for Airplane Mode, an adult comedy he says is like Expendables but with Internet stars.

• Logan Paul’s movies include The Space Between Us, Where’s the Money, Chainsaw, and Close before Midnight. He was also a guest on talk shows, most notably on Jimmy Kimmel Live!.

• Logan Paul’s subscribers received their last shock of 2017, when the famed vlogger posted a disturbing video on New Year’s Eve. The video was shot in Japan’s “Suicide Forest,” Aokigahara, and contained graphic images of a dead man, who hanged himself.

• Paul and his friends made jokes. “What, you never stood next to a dead guy?” Paul asked, laughing after his friend said “No.” The next clip has the vlogger loudly talking about the victim, zooming in on the dead body.

• Paul received major backlash about the video, and later issued an apology saying, “suicide is not a joke, depression is not a joke.”

What Logan Paul did is inexcusable, disgusting, disgraceful & just sad. I hope we all learn something from this & just become better people since this turd is apparently not able to do so. Dont encourage this behavior Youtube. It’s now your call, make us believe again. 😕

• “I’m sorry. This is a first for me. I’ve never faced criticism like this before, because I’ve never made a mistake like this before,” Paul tweeted, “I’m surrounded by good people and believe I make good decisions, but I’m still a human being. I can be wrong.”

• He claims he “didn’t do it for views” but to “create positive ripple on the Internet.”