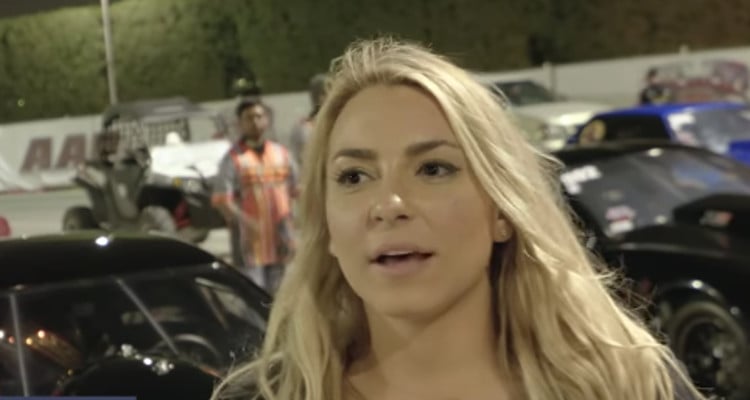 If you’re a fan of drag racing or Discovery’s Street Outlaws, you would know who Kye Kelley and Lizzy Musi are. They are both professional drag racers and Musi is Kye Kelley’s girlfriend. With Street Outlaws making its big return, everyone wants to know about Kye Kelley’s relationship and Lizzy Musi. Perhaps she might make an appearance, too. Here’s more about this racing couple in Lizzy Musi’s wiki.

Lizzy followed the footsteps of her father, Pat Musi and ventured into the drag racing world. The sport was a big part of her life growing up with a father competing professionally and also working as an engine builder. After her entry into professional racing, she was soon a rising star of the sport.

Pat Musi began competing in drag racing four years after he opened his racing shop. From then on, he built his career winning eight Pro Street championships as well as garnering numerous wins in other classes, including Pro Stock and Pro Modified.

Lizzy earned her career-first Pro Nitrous victory in the inaugural Professional Drag Racers Association (PDRA) U.S. Drags at Virginia Motorsports Park (VMP) in Dinwiddie, VA, which was only the fifth race of that category in her career. At her debut in 2014’s PDRA, she became the first woman to break 200 MPH in eighth-mile Pro Mod racing. Most recently, she was the first woman to win the Pro Modified Drag Racing division in the Middle East.

HAPPY BIRTHDAY! To the greatest Dad a daughter can ask for. Thank you for all you do! I love you!! #dad #patmusi #musiracing #popeye #birthday

#2 She’s Part of the Family Business

The family owns the Musi Racing Engines shop, whose cars dominate the racing scene. Pat Musi has worked on international racing teams, helping put together their cars before a competition. He first opened his shop in 1970 and is veteran in the sport.

While his daughter was getting ready to make her pro PDRA debut, he collaborated with PDRA to service all the engines. He moved his shop from New Jersey to North Carolina, so he could watch his daughter compete in drag racing. The Musi racers also don’t lose any opportunity to promote the family business and especially brag about Pat’s work on an engine that helped one of their racers win in Qatar.

At the age of 26, Lizzy Musi is a star that has taken drag racing to new heights. She’s popularizing the sport thanks to her influence. She became a social media star with a dedicated Instagram following 35k and counting. She’s very active on Instagram posting about her races and engine work.

She was ranked alongside Brittany Force in Drag Illustrated’s 30 under 30 List. You may have heard of Brittany Force, one of the stars of Driving Force centered on the racing star, John Force and his daughters.

Had so much fun shooting with the talented @jmilliganphoto the other day! I have so many pics to share! ? make up and hair by @jennylemua styling by Sarah Farber #photography #life #fun #blackonblack #blonde

If you’re asking if Lizzy Musi was married like Kelley was at one point, the answer is no. There has been no news on Musi’s previous relationships, but there’s no record of her being married to anyone, either.

Street Outlaw from New Orleans, Kye Kelley was previously married to one Alisa Mote. They were dating for a long time before they tied the knot. The couple welcomed their first child together, a daughter named Kenadeigh Alexa Kelley. Kelley is father to another child from a previous relationship. Their marriage was short lived and they eventually divorced.

Following his divorce, there were rumors of a romance brewing within the drag racing circles.The pair in question- Kye Kelley and Lizzy Musi. Pat Musi was even seen working on Kelley’s engine in a Facebook post.

After months of speculation, Kelley finally made it social media official through Facebook and announced that the pair are indeed dating. When Kelley was undergoing surgery for a herniated disc, Musi asked her followers to pray for his recovery on Instagram.