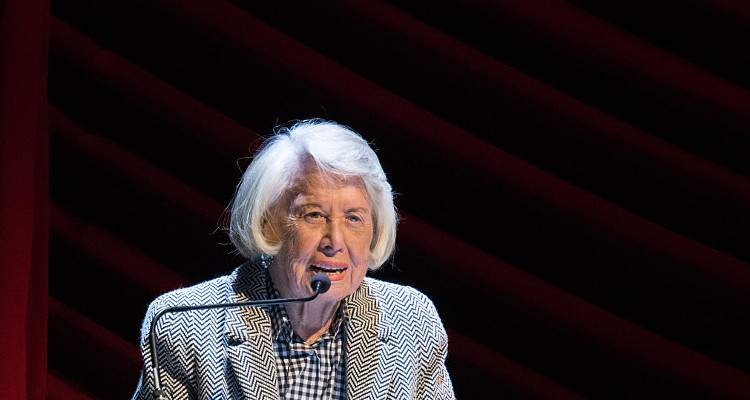 For more than three decades, readers devoured Liz Smith’s gossip columns, which gave them all the juicy details of the lives and times of their favorite celebrities. She went on to become the highest paid print journalist in America at one point, and her lifestyle rivaled that of her subjects. She wrote about the stars and other celebrities with empathy and understanding (unlike other columns of her era) and was close to many of them. She died on Sunday, November 12, 2017, at the age of 94 of natural causes, bringing an end to a career that was highly reflective of the times she worked in.

The grand ol’ lady of gossip is no more. Also known as “The Grand Dame of Dish,” Liz Smith passed away on Sunday, November 12, 2017, in her home in Manhattan, New York City. Smith’s death was due to natural causes, and she was 94 years old when she died. Her close friend and literary agent, Joni Evans, confirmed the news of her death. Smith was a veteran of New York’s tabloid gossip columns and wrote about the ups and downs of the roller coaster lives of the rich, the famous and the beautiful, for more than three decades. Unlike most ruthless gossip columnists, Smith was a humble, good-natured, and talkative Texan who admitted that she was in awe of celebrities.

The Queen of Gossip

Liz Smith’s gossip column simply called “Liz Smith” was published in The Daily News from 1976 to 1991 and then in Newsday from 1991 to 1995. It was also published in The New York Post from 1995 to 2009. Her articles were published in Newsday until 2005 when she quit due to a contract dispute. With the rise of the Internet, her column shifted to the New York Social Diary and was syndicated to 60-70 newspapers for many years. Aside from writing several magazine articles and books, she appeared on television news and entertainment shows. Her columns ran six days a week and captured the attention of millions of readers. Smith became so popular that over time, she gained fame and even wealth that perhaps may have been comparable to that of the celebrities she wrote about.

A Much Loved Potent Brew

Her critics did not consider her an exceptional reporter or writer, but people loved her columns. She managed to write about the split of Donald Trump and Ivana Trump in 1990, and Madonna’s 1996 pregnancy. According to some sources, it is estimated that she earned more than $1.0 million a year that time. This was far more than what other newspaper columnists or executive editors earned at the time. However, these figures cannot be confirmed. She became prominent on the New York social circuit. Smith’s columns were different than other columns as she gave a gentler, kinder view of movie stars and Hollywood moguls, society figures, and politicians. Although gossip was the main ingredient in her mix, she also included notes on books or films, opinions on actors and authors, and tit-bits of political commentary, to offer a potent brew that was gulped down eagerly by her readers.

Standing Up for Herself

Her rivals and critics accused her of conflicts of interest, of losing her objectivity because she was too close to her celebrity subjects, and made her the target of many satires. Smith took it all on her chin and said in an interview with The New York Times in 1991, “It’s a valid criticism, I suppose. But I don’t know what to do about it. I don’t have to be pure, and I’m not. I mean, I am not a reporter operating on life-and-death matters, state secrets, the rise and fall of governments, and I don’t believe you can do this kind of job without access.” There is no information on Liz Smith’s net worth but considering the popularity of her columns and their longevity, and her lifestyle, it must have been substantial. This is certainly commendable for a young woman who arrived many decades ago in New York with just $50 and two suitcases!

The End of An Era

There is no information on Liz Smith’s family, but she did marry George Edward Beeman (a World War II bombardier and her college friend) in 1945, only to divorce him two years later. Later, she enrolled at the University of Texas to study journalism. Smith married Fred Lister in 1957 but divorced him in 1962. She did not have any children. She was financially independent and at one point, she was reportedly the highest paid print journalist in the United States. With her death, an era seems to have ended when stars and celebrities were larger than life and gossip columns were eagerly devoured. The grand old lady of gossip was one of those who made it happen and for that, she will be missed.