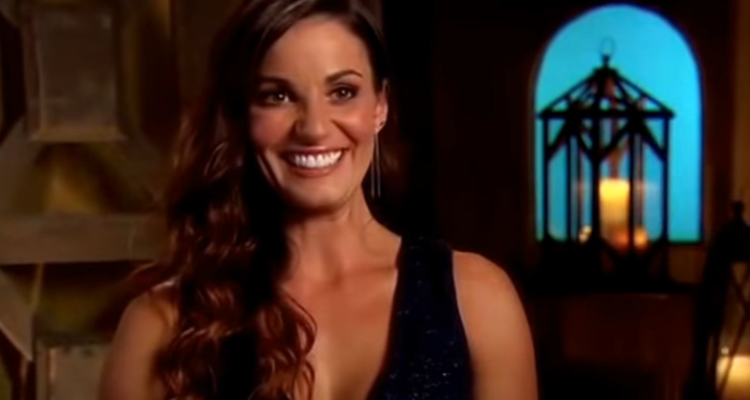 Even though she had once denied Nick her phone number, Liz Sandoz made it through the first round of The Bachelor! Check out Liz from The Bachelor’s Instagram pics to get a better feel for her personality. We’ve got interesting facts about her, plus a few photos to share!

The season 21 contestants had to make their best first impressions on Nick Viall, the show’s new bachelor. While some brought humor, others brought the talent of bilingualism. Some brought seductive looks, while others impressed him with their careers. Liz Sandoz already had a history with Nick, but their conversation did not go as well as she may have hoped. Fans are curious to find out what happens between each episode, so we’re sharing the social media channels of the best bachelorettes! Keep on reading to find out Liz from The Bachelor’s Instagram, Facebook, Twitter and Snapchat accounts!

Things did not go well for Liz on the season 21 premiere of The Bachelor. The contestant, who claimed to have had sexual relations with Nick Viall prior to the show, confronted him about it. The pair initially met at former Bachelor in Paradise contestants, Jade Roper and Tanner Tolbert’s wedding, and had a one night stand. In an interview with People, Nick commented on the shocking reunion saying, “I was caught off guard when she started talking to me as if we had never met. With the understanding that everyone was there with at least an open heart to the possibility of finding love, it didn’t make sense to me that Liz would think I wouldn’t remember who she was, but at the same time, still think I was someone that she might fall in love with.”

“They knew that if they had a shot at something real, they had to be willing to be vulnerable, open, and love each other’s faults and fears, beauty and dreams, and empower one another to stand tall in who they are.” My Valentine’s Day Blog is up called #JannerForever Read about why @jadelizroper and @tanner_tolbert Are a beautiful example of love for couples today! Link in the bio! Follow @aromancedlife for more posts! #cfnf

When the Vegas-based doula and travel blogger confronted Nick at The Bachelor premiere, Nick asked her why he didn’t hear from her in the nine months since the event happened. Her response made it look like she only decided to compete because he was on Bachelor in Paradise.

Act natural. One week. I look like I’m smiling trying to hold in a fart and he looks like he is pretending to not know what I am doing. #probablyam #January2 #thebachelor #bachelornation #abcnetwork #nextadventure #imwithLiz

Trying to make hearts but I only made swirls….. I normally don’t make a New Years resolutions, so last year I decided to pick a word to be my mantra for the year (my blog will be up soon about which word I chose). This year I am picking two: create and peace. I am making peace with all that has passed and I am moving forward in taking actions to create with all that is in me. What word would you choose to challenge you and open you up to all this year has for you? #Mantra #NewYear #CreateYourLife @btbjewelry ????: @_erinchilds_

To Liz’ luck, she made it past the first elimination round, but with the way her conversation went with Nick, she may not have the chance to move forward unless she finds a way to redeem herself. After the wedding night incident, she refused Nick’s number and never contacted him until now on the show. Does Liz have what it takes to win back Nick’s attention or will she go home this week? Tune into The Bachelor on ABC Monday nights at 8:00 p.m. EST to find out!

Check out Liz on her social media accounts here: