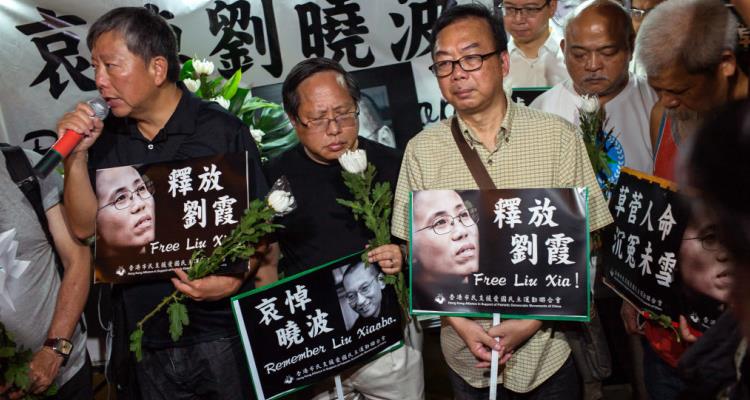 Who is Liu Xiaobo? That’s what many have been asking after the news of his death has spread recently. He was considered China’s most famous political protestor and now his supporters and family are in mourning. For more information about him, have a look at our Liu Xiaobo wiki.

Liu Xiaobo was born on December 28, 1955 in Jilin Province of northeastern China and was a writer and activist. Although he was known to be mild mannered with a gentle voice, he was true to his convictions in his fight for human rights improvements in China. He was responsible for a vigil at Tiananmen Square in 1989 in order to protect protesters from soldiers. He was also in favor of a pro-democracy charter, which gave him a lengthy prison sentence.

Liu Xiaobo was awarded the Nobel Peace Prize in October 2010 for “his long and non-violent struggle for fundamental human rights in China.” He was unable to receive the award due to being in Jinzhou Prison at the time. His seat at the award ceremony was empty as a result. Liu Xiaobo’s net worth is uknown and his assets were frozen before he was jailed. It was in 2009 when Liu Xiaobo was convicted of co-authoring Charter 08, a petition that urged for political change and human rights in China. He was subjected to a lengthy punishment of 11 years in prison for “inciting subversion of state power.”

In a statement he prepared for his trial, he said: “Hatred can rot a person’s wisdom and conscience.” Words he lived by and hoped to spread to the masses. He added, “An enemy mentality will poison the spirit of a nation and inflame brutal life and death struggles, destroy a society’s tolerance and humanity, and hinder a country’s advance toward freedom and democracy.”

In 1996, he married and artist/poet named Liu Xia while he was serving an earlier prison sentence. Since his Nobel Prize victory—which China saw as offensive, because it was given to someone they viewed as a criminal—his wife was placed under house arrest by the government. She had almost no connection to the outside world and diplomatic relations were cut off with Norway, shortly after the award was granted. According to CNN, she had suffered from severe depression and the authorities sentenced her brother to spend 11 years in prison for “trumped-up charges.”

Liu Xiaobo’s Cause of Death

Teng Yue’e, the chief doctor treating Liu Xiaobo, spoke at a conference to deliver the news of the Nobel laureate’s death. He died from liver cancer on July 13.

Many attribute the lack of medical care and harsh treatment that the Chinese government subjected him to, and hold China personally responsible for his death.

“We find it deeply disturbing that Liu Xiaobo was not transferred to a facility where he could receive adequate medical treatment before he became terminally ill,” said the leader of the Norwegian Nobel Committee Berit Reiss-Andersen in an emailed statement.