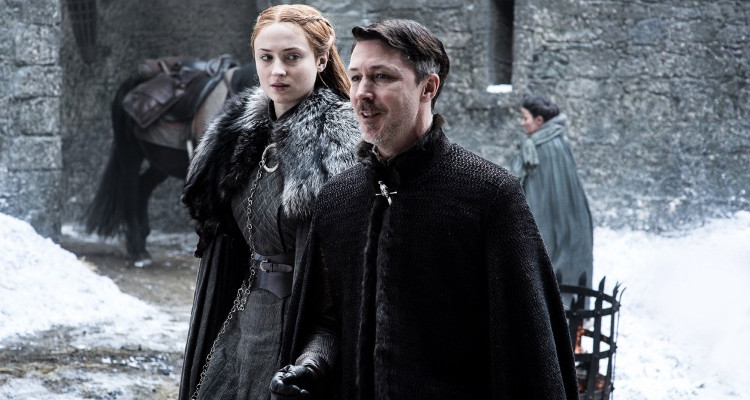 Last we saw on Game of Thrones season 7, Sansa and Arya had intense arguments. With Arya acting so cold towards her sister, people cannot help but speculate if she will kill Sansa. However, other Game of Thrones theories suggest that both Stark sisters are plotting Littlefinger’s death. Here is what you need to know about these Littlefinger theories.

The Game of Thrones season 7 finale is right around the corner! With only one more episode to go, fans are speculating which plot lines will be resolved, and which ones will have to wait until next season. One of the most talked about theories for the  GoT season 7 finale involves Sansa, Arya, and Littlefinger.

Throughout the series, Littlefinger has successfully manipulated nearly every character he came in contact with. This season, he had his eyes set on causing a rift between Sansa and Arya. It looked like his plan worked, because in season 7, episode 6, we saw Arya and Sansa butt heads numerous times over loyalty, titles, and integrity.

By the looks of it, fans would not be surprised if we lost another Stark in the finale. However, others believe that the sisters are smarter than that, and are expecting Arya to kill Littlefinger.

Sansa Does Not Trust Littlefinger

Earlier this season, Sansa said that trusting Lord Baelish would be unwise, a sentiment she expressed before, because he married her off to Ramsay Bolton. While talking to Bran and Arya, she said “I know exactly what [Littlefinger] wants,” adding that he is “not a generous man. He wouldn’t give you anything unless he thought he was getting something back.”

Littlefinger has spent most of this season pinning Arya and Sansa against each other in the hopes that Sansa will put her faith in him and, ultimately, be by his side as he sits on the Iron Throne. Now, one theory suggests that Arya is putting on a show for Littlefinger, making him think he has the upper hand as she plans to kill him. Since she has not been using one of her many faces to follow him around the castle, Arya might want Littlefinger to know she is suspicious of him.

However, Littlefinger might not know that Arya notices him watching her. Whatever the case might be, fans believe that Arya will get the best of Littlefinger, and he might not live past the Game of Thrones season 7 finale. Other have added to the idea, saying that she will take his face to lead the knights of the Vale.

With Bran’s new identity as the three-eyed raven, there is a possibility that he told Arya and Sansa about Littlefingers’ manipulation. In episode 7, this theory has Sansa finally confronting Littlefinger about his treacherous behavior over the years. After telling him what she needs to, Sansa will signal Arya, who will slit Littlefinger’s throat with the same dagger that was intended to kill Bran.