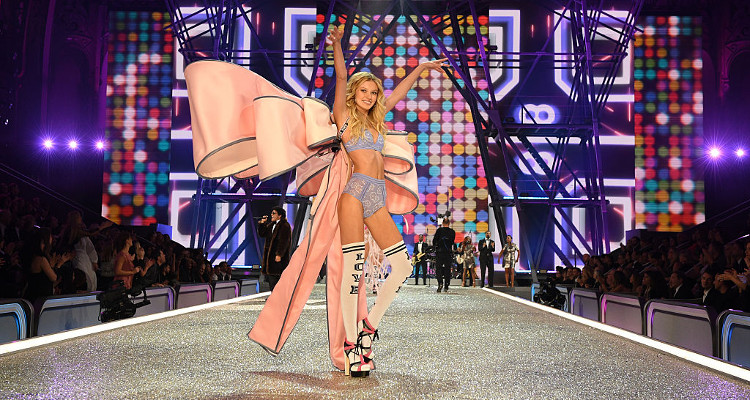 Here are Your 2016 Victoria’s Secret Angels

The 17-year-old Columbus, Georgia native is Victoria’s Secret’s latest find, and made her runway debut at this year’s show. The long-legged beauty is 5’11” with body stats of 31-23-24. It’s no wonder that the all-American beauty made the cut!

At only 22 years old, Luma Grothe was a natural choice for the 2016 Victoria’s Secret Fashion Show because of her exotic good looks, thanks to her eclectic mix of Japanese, Brazilian, Black, and German roots.

Hailing from Maryland, the 18-year-old model was scouted through IMG models’ ‘We Love Your Genes’ Instagram campaign. Training horses growing up, the graceful teenager has rightly earned a place on the Victoria’s Secret runway.

The 24-year-old New Zealander was discovered at the tender age of 12, and has become a well-known name on the modeling circuit. With her 32-25-36 stats and 5’10” height, it’s no surprise that she is making waves across the United States.

Growing up in Lake City, Florida, 19-year-old Grace Elizabeth kicked off her modeling career as a Guess Girl. Her hourglass figure with body stats of 32-23-34 have made her a blip on Victoria’s Secret’s radar, and the hazel-eyed beauty is all set to make her debut at the fashion extravaganza.

At first glance, the 21-year-old fresh-faced beauty from Long Island stands apart from the crowd with her 5’11” height and a 31-23-34 stats. Growing up in a Dominican household with nine siblings, Dilone goes by one name and made her debut at the Bottega Veneta Autumn/Winter Menswear show 2016.

The Hadid siblings have taken over the runway at the 2016 Victoria’s Secret Fashion show! Gigi Hadid’s 20-year-old younger sister will be making her debut this year, alongside her recent ex-boyfriend The Weeknd, who is featured as a musical guest.

The 27-year-old made history when she became the first model of Chinese descent to become the face of Marc Jacobs. Her eye-catching beauty and 5’9.5″ height have made her a favorite among fashion designers.

The 22-year-old Hawaiian has turned heads with her infectious personality and 5’11” height. The blond-haired hazel-eyed beauty has a stunning hourglass figure, and stats of 34-25-34.

The 27-year-old Brazilian beauty was a visual treat for the audience, as she strutted down the runway with her 5’9.5″ frame. With a perfect figure of 32-24-34, the green-eyed star made her debut at the 2016 Victoria’s Secret Fashion Show.

She may be only 20-years-old, but the Tanzanian model has stormed the fashion world, drawing comparisons with style icons like Naomi Campbell. The statuesque beauty towers at 5’11” and has walked the runway for Tom Ford, Armani, Cavalli, and Calvin Klein.

The 24-year-old model from Great Falls, Montana has been featured in the Sports Illustrated Swimsuit’s 2016 Casting Call. With her hourglass figure of 32-24-35, the 5’9″ tall model is the quintessential all-American beauty.

The Houston native has captivated hearts with her shaved and bleached cropped hair. She stands tall at 5’10” and has a slender figure of 32-24-34.

The 26-year-old French-American model is all set to make her runway debut at the 2016 Victoria’s Secret Fashion Show. The 5’7″ tall model has appeared in advertisements for brands like Louis Vuitton, Gap, H&M, and Tommy Hilfiger.

Victoria’s Secret’s latest discovery was spotted at a mall in Florida, and the 21-year-old was subsequently named the lingerie giant’s PINK brand ambassador. The 5’10” tall youngster is definitely living the American Dream!

The 30-year-old Russian model is one of the most well-known faces on the 2016 Victoria’s Secret Fashion Show catwalk. The 5’10” star made her debut appearance in the Sports Illustrated Swimsuit Issue, and is currently pregnant with actor Bradley Cooper’s child! She had no problem flaunting her budding baby bump on the catwalk this year!

The Cedar Rapids native was a former high school basketball player, and was able to make the transition from the court to the runway thanks to her 5’10” height, and perfect 10 figure of 32-23-34.5.