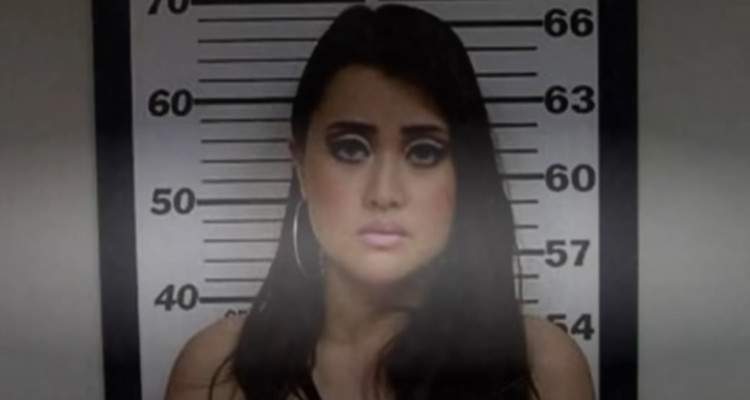 Socialite turned drug dealer, Lisette Lee grabbed headlines in 2010 as the pot princess of Beverly Hills. Lee was arrested and sent to prison for transporting several thousand pounds of marijuana from Los Angeles to Ohio. She was reportedly released from prison two years ago, which makes us wonder where is Lisette Lee now?

Lisette Lee Wiki: Where is She Now?

Lisette Lee’s Hollywood movie-esque story is not for the fainthearted. The socialite and model who claimed to be a Samsung heiress manipulated those around her by spinning a web of lies and deceit. She went on to control a large drug trafficking operation between Los Angeles and Ohio in 2009. The details that emerged after Lee’s arrest in Ohio, the unraveling of her carefully concocted life, and the confessions by those on her team are so incredulous that they give even Stephen King a run for his money!

So, who is Lisette Lee? Where is she now? Find out this and more in our Lisette Lee wiki.

The Girl from Beverly Hills

Lee was born in Seoul, South Korea in 1981, and moved to Beverly Hills, California when she was a young girl. She was adopted by a Korean family, friends of her birth father who was a casino owner in Korea.

Lisette Lee’s Samsung connection came from her birth mother who was a daughter of Samsung’s founder, but she falsely claimed to be a Samsung heiress.

Lisette Lee is the poster child for sociopathic tendencies. She misled friends and acquaintances to believe that she grew up in a swanky mansion in Bel Air. Her claims that she went to expensive private schools and joined Harvard at 16 were false.

For all her outlandish claims and lavish display of wealth, Lisette Lee’s net worth is only $30,000, after she lost all her money for being a convicted drug dealer.

Lee’s interview by Rolling Stone after her arrest lays out all the shocking details of her life.

Lee and Cady became the best of friends in 2006, and Cady was also enticed to be a part of the drug trafficking. Cady spent a month in prison and a year under house-arrest after the Ohio drug bust.

In her book Smoke: How a Small-Town Girl Accidentally Wound Up Smuggling 7,000 Pounds of Marijuana with the Pot Princess of Beverly Hills released in 2015, Cady gives a glimpse into the mysterious persona of Lee, and the friendship the two shared.

An excerpt from the book reads, “She was my best friend for four years in Los Angeles, the first close friend I made in town. We were ride or die “partners in crime.” We brought new meaning to the phrase. Growing up, I had a tight-knit group of best friends in Washington, and we shared a lot of friendship bracelets, but none like I shared with Lisette.”

Lee went on to have relationships with multiple men, some of whom she recruited in transporting drugs, claimed to be dating Hollywood A-listers, and had a penchant for always reveling in the limelight.

Drugs on a Jet Plane

Any talk about selling marijuana in Ohio immediately caught Lee’s attention, according to one of her love interests and fellow drug dealer, David Garett.

He said, “It was weird, ’cause you wouldn’t think someone in her position would want to be anywhere near that type of lifestyle. But I took from it that maybe she was one of those rich girls that was bored. I think she watched too many movies.”

That’s when it all began.

Lee and her “LL team” transported seven tons of marijuana by hiring private planes from Los Angeles to Ohio in the few months the operation ran. After the airport officials raised suspicions, they were arrested in Ohio.

Lee faced a prison sentence of six years, and her team members were also imprisoned for varying terms.

Where is Lisette Lee Now?

In the Rolling Stone interview, Lee also said she wanted to join a casino business and marry Navarro after she was released.

Rumors of Lisette Lee’s release in 2015 brought her into the spotlight again, but there are no reports available that confirm her release or details of her current whereabouts.

Lisette Lee seemingly gained a fan following after her arrest, and her fans wanted to see more pictures of her on Instagram. We really wonder why some people admire or glorify criminals or fraudsters.

There seem to be many who simply share her name on the social media app, but Lisette Lee’s Instagram does not exist.

This is the first realistic looking drawing. The woman is Lisette Lee. I first saw this picture in rollingstone she was called and known as The Ganster Heiress of Beverly Hills #LisetteLee

A Lisette Lee movie also seems to be in the works. According to reports, Paramount is making a film based on the Rolling Stone article.