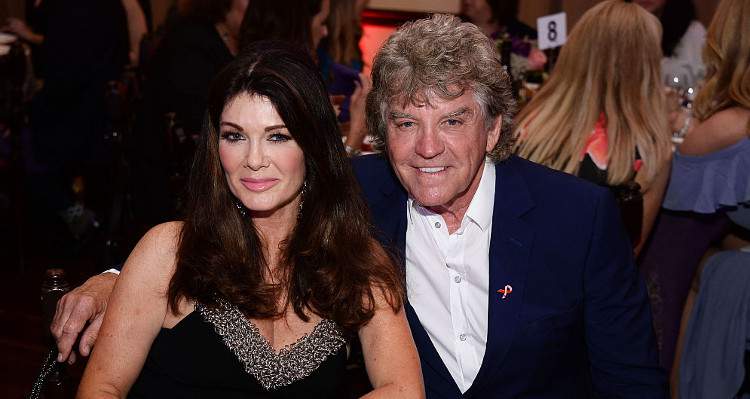 The famous Lisa Vanderpump may be RHOBH’s leading star, but her husband is no stranger to the limelight either!

We’ve often seen him on RHOBH, and he is constantly by Lisa Vanderpump’s side. From running businesses together to supporting her whenever the housewives have a feud, he is always there for his wife.

Ken Todd’s lawsuit grabbed headlines lately, and fans want to know what happened. So, keep reading to find out more in our Ken Todd wiki.

Born on July 20, 1945, in England, Ken Todd’s age is 72. He and his wife lived in England and the South of France before moving to Beverly Hills, California.

The British-American restaurateur has a string of successful restaurants and clubs in Los Angeles and London. He owns 26 restaurants together with Vanderpump, and the couple have raked in millions from them.

Giveaway!!!! In honor of our anniversary this month, we are giving away a gorgeous @VanderpumpBH & @LVPsangria entertaining set! Check @LVPsangria 's last Instagram for how to enter #VeryVanderpump

Before starting a restaurant, Todd had a textiles business. It seems like a great change as the couple’s restaurants and bars are popular celebrity hotspots.

One of their most popular restaurants is Villa Blanca, which has an incredible ambiance and delicious cuisine. They are also the owners of West Hollywood’s SUR, as seen on Vanderpump Rules.

His restaurant business and his early success in the textiles industry have made him a very rich man. Ken Todd’s net worth is estimated between $75.0 and $85.0 million!

Ken Todd met Lisa Vanderpump in a bar called Corks in London in 1982. He later bought the bar. It was love at first sight as the two got married within six weeks of meeting each other!

Todd and Vanderpump are parents to two kids: Pandora and Max. He was previously married to a model named Pamela, and has a son, Warren Todd, from that marriage.

The couple may have an age gap of 15 years—he was 36, and she was 21 when they got married—but the sweet relationship they share is out for all to see!

Vanderpump shared about her relationship a few years ago and said, “We complement each other. He’s the impulsive one, I’m more conservative. He’s always looking for a new venture.”

Ken Todd is an animal lover, and his Twitter page is filled with tweets of rescue dogs and projects by the Vanderpump Dog Foundation, a charity he founded with Vanderpump. He is also a vocal opponent of the Yulin Dog Meat Festival.

So emotional today over the news that China has reportedly banned the sale of dog meat in Yulin leading up to the Yulin Dog Meat Festival. This means our voices are being heard!!! We have a lot of work still to do at @vanderpumpdogs but check out the link in my profile for how you can help! Thank you @dailymail for this article ?

The Lawsuit against Ken Todd

Ken Todd cannot spend a minute outside the spotlight as the husband a RHOBH star.

The latest story to hit the Vanderpump-Todd household is the lawsuit against Ken Todd, Lisa Vanderpump, and the Vanderpump Dog Foundation for allegedly pushing a dog charity executive against a wall back in August 2017.

According to reports, the couple wanted dogs from Spot Rescue for a fundraiser they were throwing. When an executive refused to give in the couple’s demands, Todd reportedly got upset and angrily shoved the executive shouting, “Do you know who I am? I will ruin your life!”

A daddy to all ?love you ken todd for taking care of aaaallll our children

It didn’t end there! Although the charity ended up providing the dogs, Todd and Vanderpump refused to give part of the funds raised to Spot Rescue, claiming that it wasn’t part of the deal in the first place.

Lisa Vanderpump denied the assault ever happened and said, “It was a beautiful event with friends who donated to the charity.”

As the drama unravels, don’t forget to watch The Real Housewives of Beverly Hills Tuesday nights on Bravo!