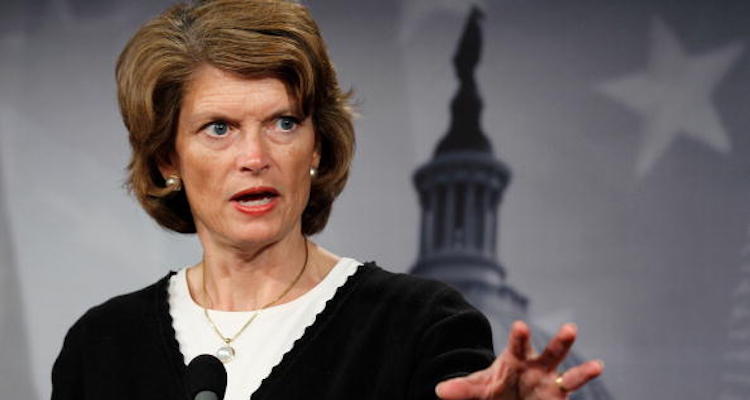 Once again, President Donald Trump’s Twitter fingers have struck, and this time he’s got Lisa Murkowski, Senator of Alaska, in his sights. So, why is there beef between Lisa Murkowski and Donald Trump? Don’t worry,we’ve got all the details and we’ll fill you in with our Lisa Murkowski wiki, right here!

Who is Lisa Murkowski?

Lisa Murkowski was born on May 22, 1957 to Frank and Nancy Murkowski in Ketchikan, Alaska. She is a third-generation Alaskan and, due to her father’s banking career, her family moved to many cities in the state. Her father eventually became a U.S. Senator and Alaska’s governor, and gave her his empty Senate seat when he became governor in 2002. She later served out her father’s term and was elected in 2004.

She attended Monroe High School and earned an economics degree from Georgetown University in 1980, followed by a law degree in 1985 from Willamette College of Law.

Murkowski reportedly has a net worth of $1.42 million for her job as a Republican Senator and is the sixth U.S. Senator of Alaska, since it became a state in 1959.

In 1987, Murkowski married Anchorage native and small-business owner, Verne Martell and they have two sons named Nicolas and Matthew Martell.

Why is Trump Calling Murkowski Out?

In a tweet on Wednesday, the president criticized Lisa Murkowski’s voting record recently, which showed that she was against GOP’s focus to dismantle Obamacare, making her the latest Republican to be chastised by Trump.

“Senator @lisamurkowski of the Great State of Alaska really let the Republicans, and our country, down yesterday. Too bad,” he tweeted.

Trump also warned that anyone who voted against him would face difficulty in their careers.

“Any senator who votes against repeal and replace is telling America that they are fine with the Obamacare nightmare, and I predict they’ll have a lot of problems,” he said at an Ohio rally.

Trump has publicly pressured other Republicans who haven’t endorsed him on his healthcare plan, most recently Senator Dean Heller, who is up for re-election next year.

“He wants to remain a senator, doesn’t he?” Trump said, with the Nevada Republican sitting beside him while laughing. Heller voted for the motion but later said if the final product isn’t approved for his state, then he wouldn’t vote for it.

For now, Murkowski doesn’t seem very bothered by the president and if anything she can always just block his Twitter account like he did to singer John Legend’s wife, Chrissy Teigen.