Watching food channels on TV and catching up on some great cooking shows has now become a favorite hobby for people of all ages and genders; however, it can be too darn difficult to make the same delicacies at home. But, there’s one celebrity cook who’s making the cooking job easier than ever, and she is Lisa Lillien.

Many of us may be unaware of Lisa Lillien and her work, but once you read about her here, you’ll surely admire her. What makes her work admirable is that Lisa Lillien revolutionized the food industry, especially for households. Lisa is 45-year-old entrepreneur who created an empire on food that helps a person without cooking talents cook some great food at home. Interesting, isn’t it? Here’s everything you need to know about Lisa Lillien’s bio and her Hungry Girl legacy.

Who Is Lisa Lillien?

Lisa Lillien is known for creating the Hungry Girl empire, which is essentially a web site that gives recipes to cooking food that’s good on health. What makes Lisa a role model is something that she did before Hungry Girl happened. At first, Lisa was inclined to being a writer, which led to her authoring generic columns in local tabloids and newspapers.

Working as writer is where Lisa started facing health problems. As a writer, one sits at a place, keeps writing, and tends to eat a lot while doing it. Lillien battled with her weight issues as she had always ended up on the heavier side of scale. But, one day everything started changing when Lisa decided to quit her bad eating habits and become healthier. She gave up eating junk food, which is always hard to resist for all of us, and began creating recipes for healthier food.

On her way into this new-found passion, Lisa modified the preexisting recipes of junk food and other fatty dishes and made them tastier as well as healthier than before. Even though Lisa does not have a degree in nutrition, she prefers calling herself a “foodologist” for being obsessed with food.

If you think about it, Lisa Lillien is the “Hungry Girl” herself, and her recipes help many hungry people cook food that’s easy to make and healthier as well. It all began in 2004 when Lisa started a company based on her web site HungryGirl.com.

At the early years of Hungry Girl empire, Lisa put all her savings of $10,000 into the web site that started out with just 200 followers. Nowadays, Lisa’s web site caters to the eating needs for over a million subscribers, and it does so by sending them free daily e-mails called “Hungry Girl (HG).” The e-mail service sends out new recipes, healthy advice, and more. 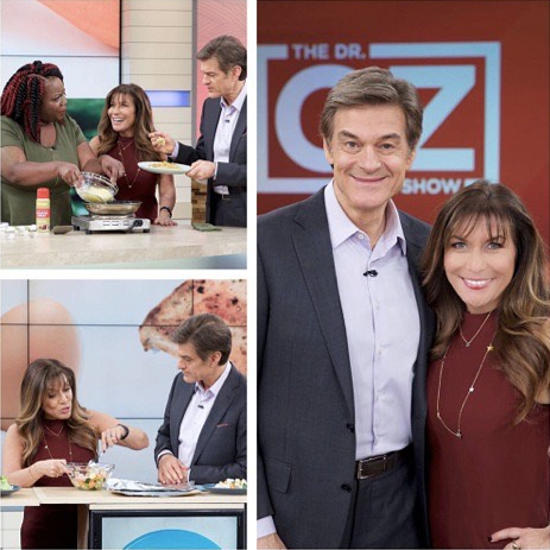 In addition to HG’s subscribed e-mails, Lisa’s cooking content is regularly updated on Yahoo!. Her new recipes for healthy food get feature on WeightWatchers.com and also on print outlets like Seventeen magazine, the People Style Watch, Redbook Magazine, and on the New York Daily News.

Lisa Lillien’s Hungry Girl “food chain” has emerged so well that it’s helped her appear on TV shows like Extra, The Rachel Ray Show, and also on Good Morning America. Her first cookbook got released in April, 2008, and is tiled Recipes and Survival Strategies for Guilt-Free Eating in the Real World. The book debuted at number two on the  New York Times’ bestseller list, and her next books, 200 Under 200 and Hungry Girl 1-2-3, debuted at number one.

You’ll be surprised to know Lisa Lillien is the wife of award-winning film- and TV show-maker Dan Schneider, who’s produced a number of Nickelodeon shows including The Amanda Show (1999), Drake & Josh (2004), and iCarly (2007). Keeping up with her hubby, Lisa produces and stars in her own Hungry Girl television show, which airs on the Food Network. Lisa Lillien recently appeared on Good Morning America to promote the release of her new book, Hungry Girl Clean & Hungry: Easy All-Natural Recipes for Healthy Eating in the Real World.